A low pressure system which has been named Storm Malik by the Danish Meteorological Institute (DMI) will bring high winds and wet weather to the northern UK on Saturday.

Although the more substantial impacts are expected in Denmark on Sunday, Storm Malik’s track will glance northern areas of the UK on Saturday, bringing high winds to much of Scotland, Northern Ireland and parts of northern England. This has resulted in weather warnings being issued.

For the UK, gusts could reach up to 80mph in exposed coastal areas, but more widely 60mph as Storm Malik tracks eastwards towards Denmark.

Wind across parts of eastern Scotland

Met Office Chief Meteorologist Paul Gundersen said, “The impacts of Storm Malik are going to be greatest in Denmark on Sunday, but the track of the storm in the preceding hours means that the UK will be dealt a glancing blow as Malik moves eastwards on Saturday.

“For those in the north of the UK there will be high winds and rain on Saturday, with showers possibly turning wintry in the high ground in the north. The highest winds are expected in exposed coastal areas in the north and east of Scotland, but it will be a windy day for most.”

Storm Malik starts what will be an unsettled weekend of weather for the UK, as another low pressure system moves across northern areas on Sunday. This will bring a further spell of very strong winds whilst, depending upon the track of the system, there could be some snow across parts of Scotland. Further weather warnings have been issued for Sunday in to Monday, which are likely to be reviewed through the weekend. Further south, the weekend weather will feature some blustery winds, with some small amounts of rain.

Storm Malik was named by the Danish Meteorological Institute as the most impacts are expected there. They’re part of the northern group of European nations that name storms. The Met Office names storms in association with Ireland’s Met Eireann and the Netherland’s KNMI meteorology service. The next storm to directly impact Ireland, the Netherlands or the UK will be called Storm Corrie, as per this year’s list of storm names. 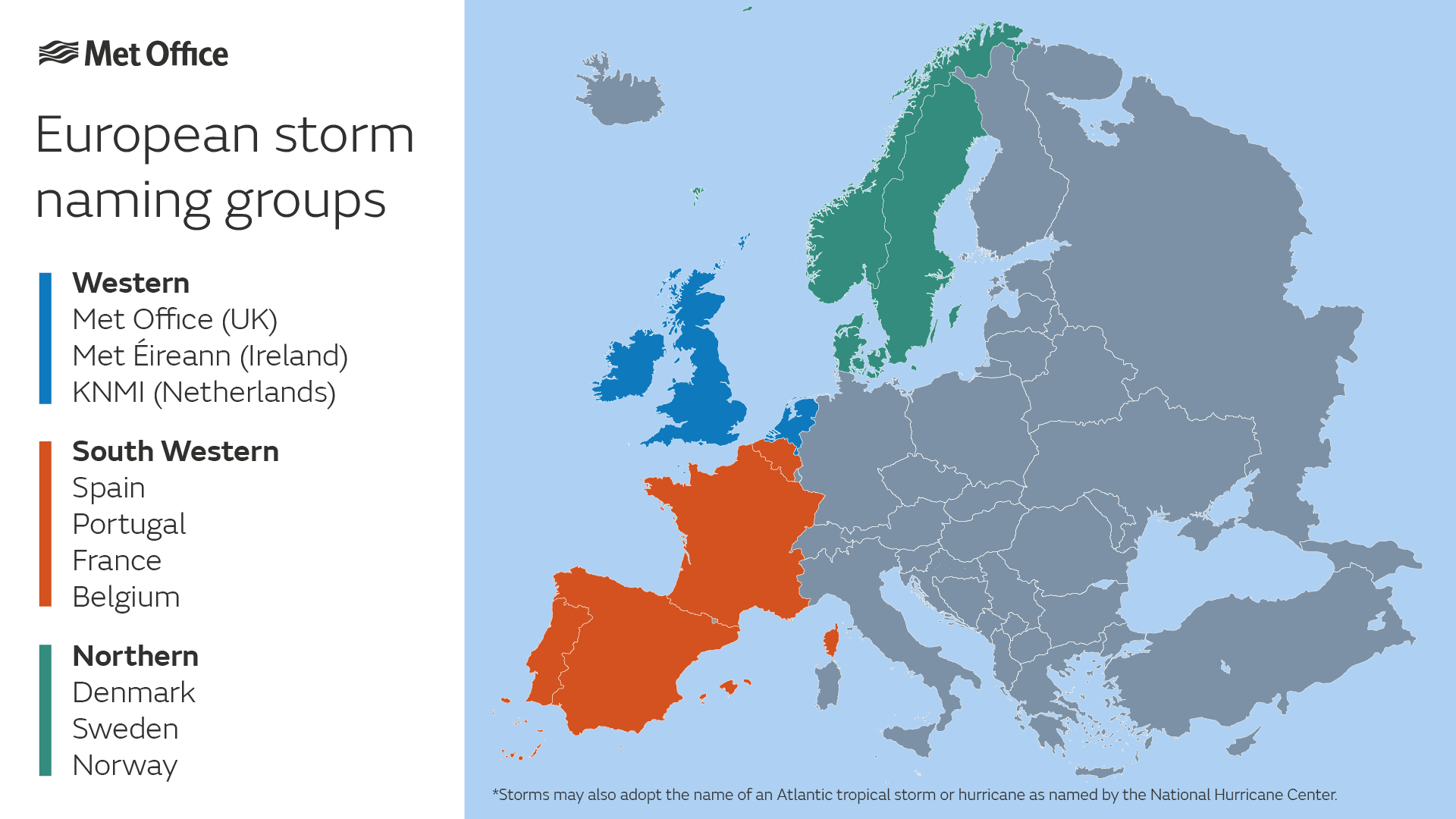 Find out how to stay safe in a storm.

Stay up to date with the latest UK weather warnings.

Find out more about storm naming in Europe on the UK Storm Centre page.