Climate variability and change is becoming increasingly evident throughout society. The risks – including extreme heat, drought and flooding – are expected to increase over time as the planet continues to warm. People need to adapt their ways of life to become more resilient. As part of the Climate Services Pilots project, we have been working with stakeholders and end-users to develop and evaluate a number of pilot services to ensure our research is useful and useable.

Our first City Pack was co-developed by our Urban Climate Services team and Bristol City Council. It resulted in the co-delivery of three non-technical factsheets explaining how the climate of Bristol may change over the 21st Century. The infographic (below) illustrates the lifecycle of the City Pack project, from our initial engagement with Bristol City Council to the ongoing expansion of the City Packs for other UK cities. 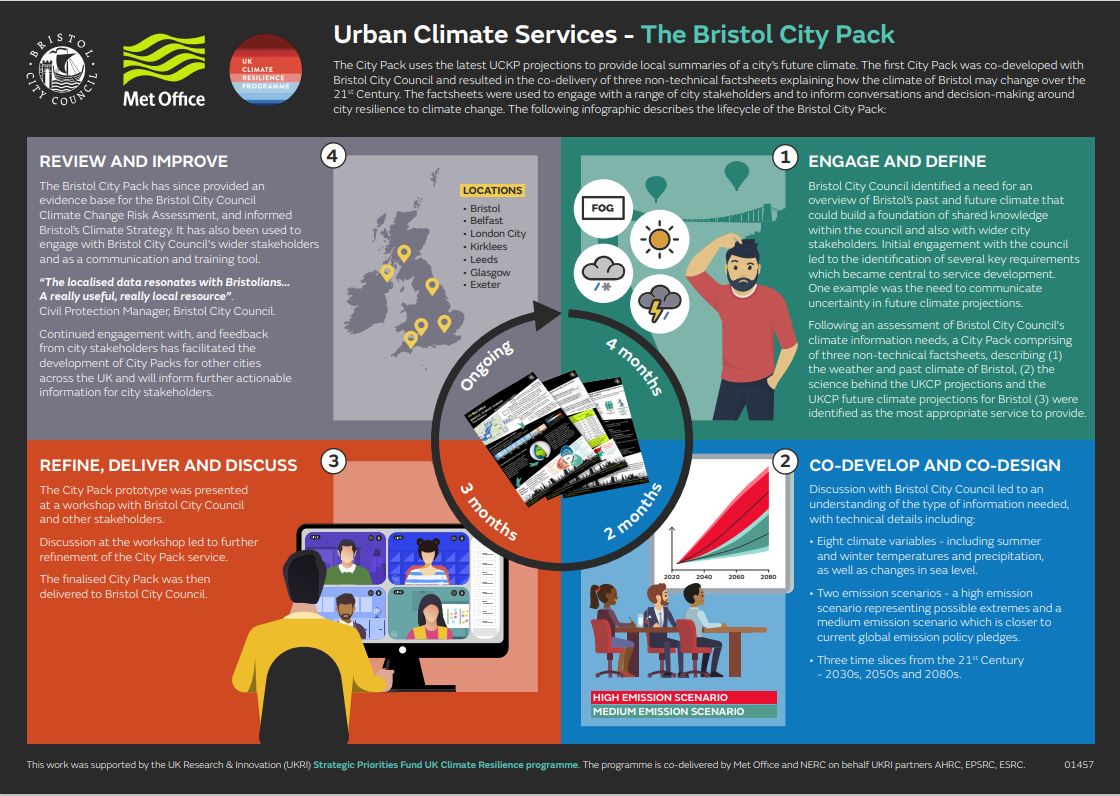 We published the following City Packs in August 2022:

We have also produced this document to show how our City Packs are being used.

Cities can be impacted by a range of weather and climate hazards including extreme heat, heavy rainfall and sea level rise. Our Heat Packs (factsheets) provide information on how extreme heat events in selected cities may change this century due to climate change, the impacts, and how to build resilience to extreme heat.

Our Heat Packs are available for the following cities:

Additionally, we have combined climate information about extreme heat events with socio-economic data to understand future heat risks in UK cities. This work is demonstrated through ArcGIS Storymaps for the following cities: