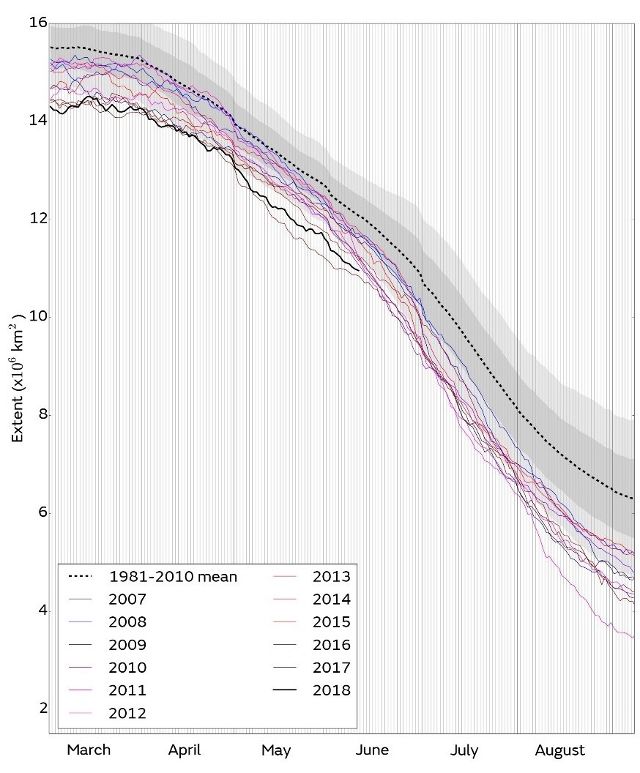 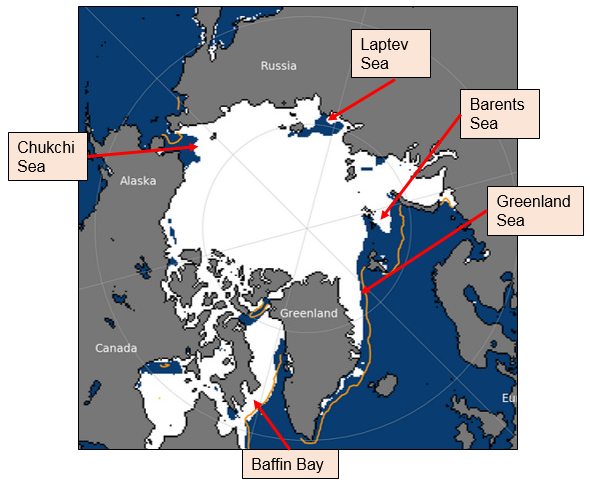 Figure 2. Arctic sea ice extent on 10th June 2018, with 1981-2010 average extent indicated in orange, and the regions referred to in the text labelled. Underlying map and data courtesy of NSIDC. 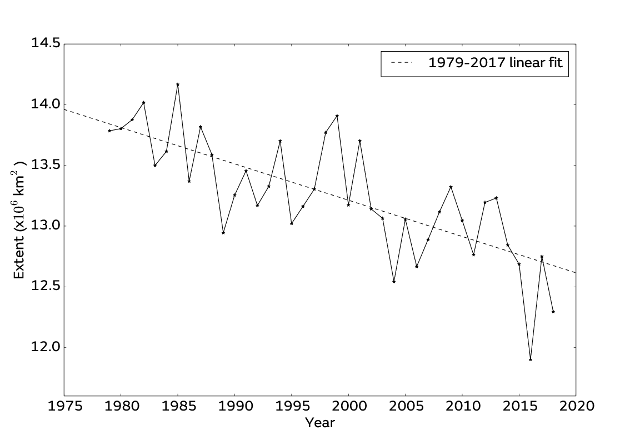 Winter 2017-2018 was extremely mild over the Arctic Ocean, associated with enhanced transport of mild, moist air from midlatitudes (Figure 4a) driven by higher than average atmospheric pressure (Figure 4b), and a weak polar vortex. As during the two preceding winters, brief spells of exceptional mildness occurred in association with strong southerly flow, with above-freezing temperatures measured on the north coast of Greenland at the end of February. The Bering Sea was particularly mild and stormy relative to average, with exceptionally low sea ice conditions throughout the winter.

The past three winters have all been notably mild in the Arctic (Figure 5). A recent study by Stroeve et al. (2018) found that the persistent mildness was likely to be greatly reducing winter sea ice growth, preventing the ice from recovering from the more extensive summer melt that has been observed over the past decade. Estimates of sea ice thickness from the CryoSat-2 satellite over the month of May, produced by the Centre for Polar Observation and Monitoring (CPOM), show large areas of ice of thickness below 2m across the Pacific sector of the Arctic Ocean (Figure 6), a level below which sea ice has been shown to be very likely to melt completely during summer (Keen et al., 2013). 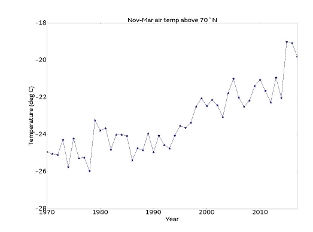 Figure 5. Average November-March surface air temperature for the region north of 70°N from 1970-present, according to the NCEP reanalysis. 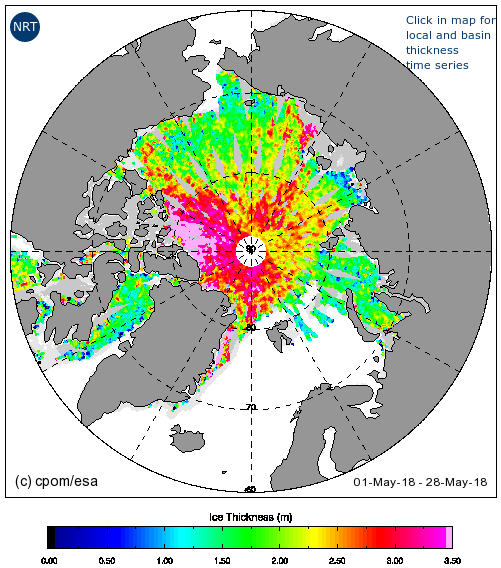 There is no significant correlation between ice extent in mid-June and the seasonal minimum extent in September. While the apparent extent of relatively thin ice suggests that the sea ice cover is again very vulnerable to melting, the severity of summer melt is still very dependent on Arctic weather conditions. Hence it is not possible to predict September sea ice extent with any confidence at this point in the season. 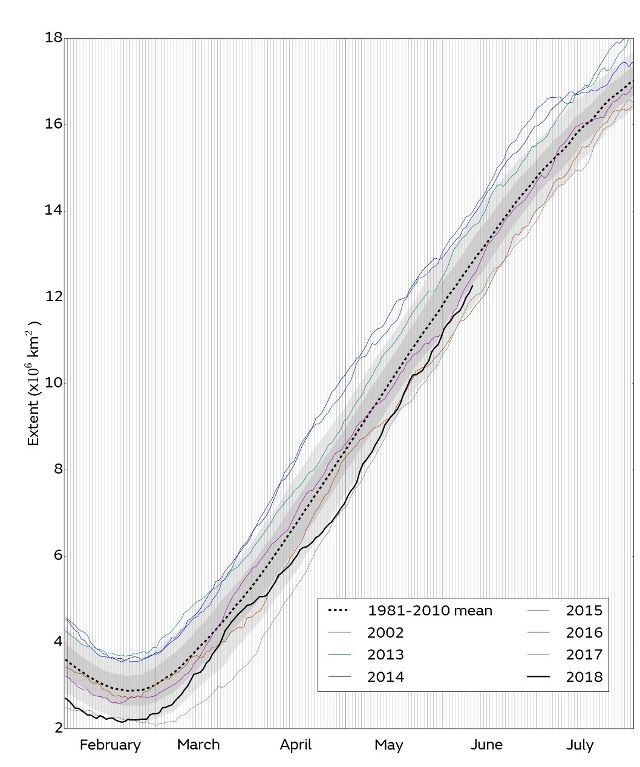 Figure 7. Daily Antarctic sea ice extent for 2018, compared with recent years, the low ice year of 2002, and the 1981-2010 average, with ± 1 and 2 standard deviation intervals indicated by the shaded areas. Data are from NSIDC. 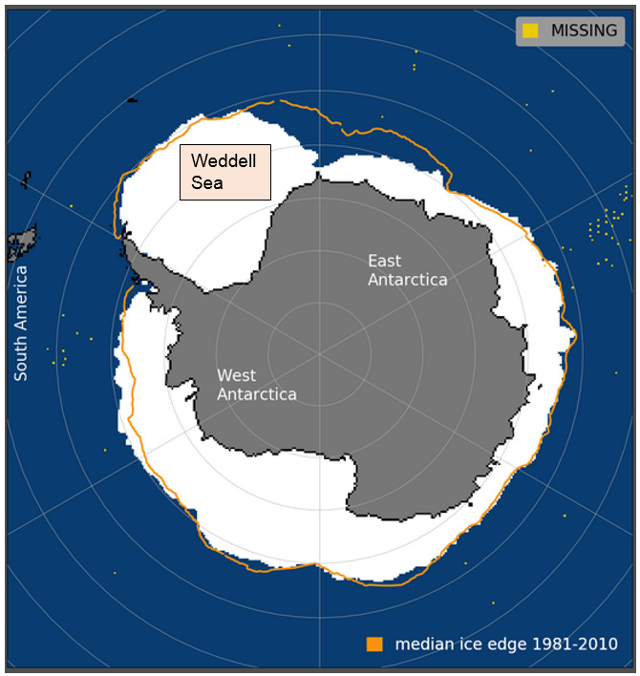 Figure 8. Antarctic sea ice extent on 10th June 2018, with 1981-2010 average extent indicated in orange, and regions referred to in the text labelled. Underlying map and data courtesy of NSIDC.