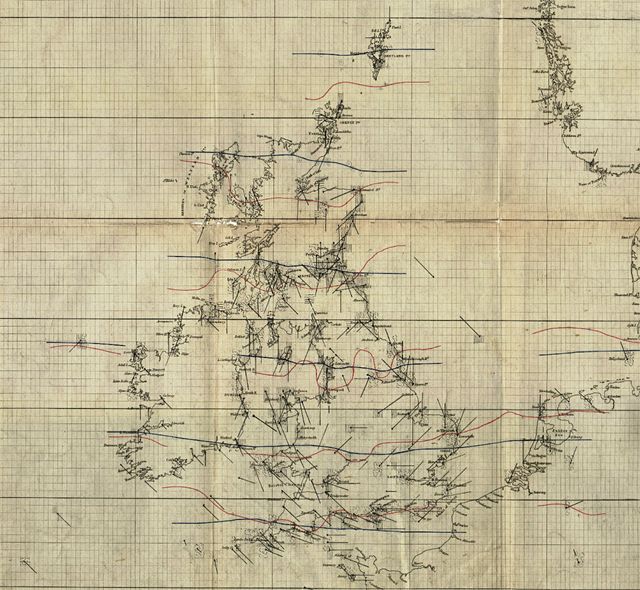 Matthew Fontaine Maury of the US Navy first realised that by collating observations it was possible to derive a much greater understanding of the climatology of the oceans but more data was required to make the resulting charts useful to all sea farers. An international maritime conference was held in Brussels in 1853 at which governments from across the world agreed to collect and share data in order to benefit from the resulting more complete and accurate charts and the UK Met Office, known then as the Meteorological Department of the Board of Trade, was established a year later. At its head was Met Office founder Rear Admiral Robert FitzRoy. Following a successful career in the Royal Navy during which he accurately charted areas of the Southern Hemisphere for the first time and captained the Beagle during her famous circumnavigation of the world FitzRoy was recommended to lead the fledgling Meteorological Office by his friend and mentor Admiral Beaufort. FitzRoy established a effective system for collecting data, revolutionised the production of charts including the creation of the earliest wind roses, and founded the science of weather forecasting and the concept of synoptic meteorology. From these early beginnings came the development of many of the fundamental theories of Meteorology, Numerical Weather Prediction, the discovery of Jet Streams, and important developments in Climate Science. These pages feature some of the key records illustrating the history of the Met Office from its earliest days.