Private Weather Diaries can be a fascinating source of information on historical weather.

They are particularly valuable resource if you are interested in the period before the establishment of the Met Office and during the mid to late 19th century when the official network of meteorological observing stations was still relatively small.

The National Meteorological Archive holds a large collection of Private Weather Diaries dating from the early 18th century onwards some of which include not only text but also beautiful images such as the one above by Orlando Whistlecraft in his diary for Thwaite. The collection contains early readings from meteorological instruments, weather diaries which are as fascinating for their insight into social history as for their meteorological content and also diaries which mention specific historical events such as news of victory at the Battle of Trafalgar. We also hold a selection of weather diaries produced by well known individuals including Sir Francis Beaufort creator of the The Beaufort Scale, Thomas Baker, brother-in-law of the famous Victorian naturalist Gilbert White and Luke Howard who established the nomenclature of the clouds. A selection of private weather diaries are available from our Digitial Library & Archive.

Samuel Milford, an Exeter Banker, was clearly fascinated by the dawn of the age of instrumental meteorology which gave the ability to precisely measure and quantify elements of the weather. His diaries date from 1755 and are believed to be among the earliest diaries in existence in which temperature and pressure readings were recorded twice per day at set times. This image shows the first page from his diary. 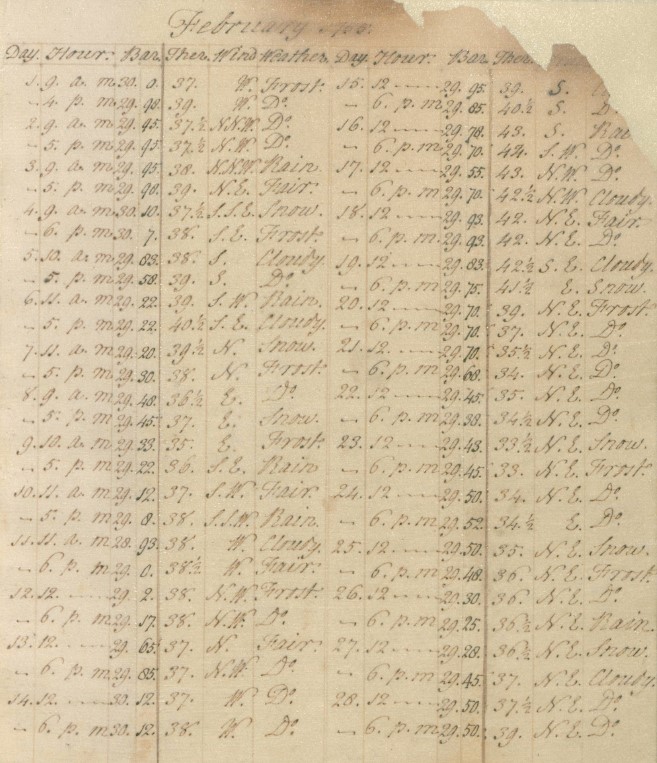 Many diaries include detailed observations on plants and animals. The study of recurring plant and animal behaviour in relation to the seasons is known as phenology. The diary of Caroline Molesworth of Cobham, an avid gardener, gives a wonderfully detailed account of the flowers in bloom each day, when specific fruits and vegetables were ready to harvest and sightings of various birds and animals such as the first swallow. Leading gardeners have been very impressed to see how early in the season crops such as potatoes and strawberries were ready to be harvested. Examples of some of these types of observations can be seen in the images below. 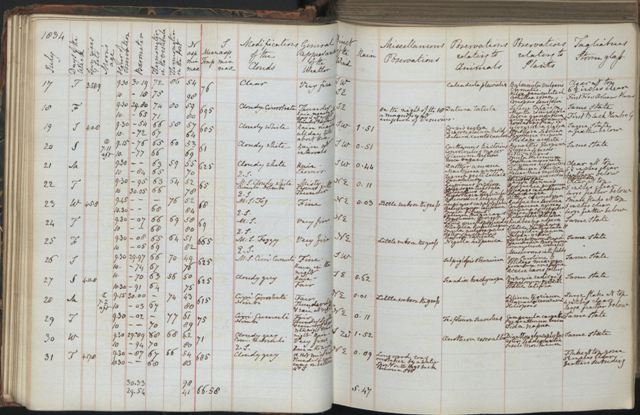 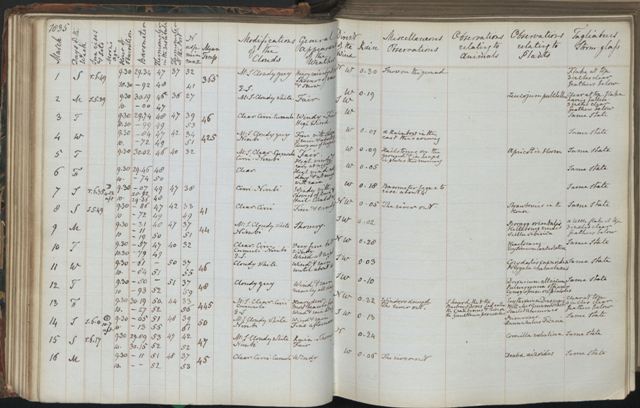 Private weather diaries can also be a source of information beyond just the weather alone. The diary for Stroud records Nelson's victory and death at the Battle of Trafalgar in 1805 whilst that of Francis Beaufort records the arrival of his body at Portsmouth on board HMS Victory. 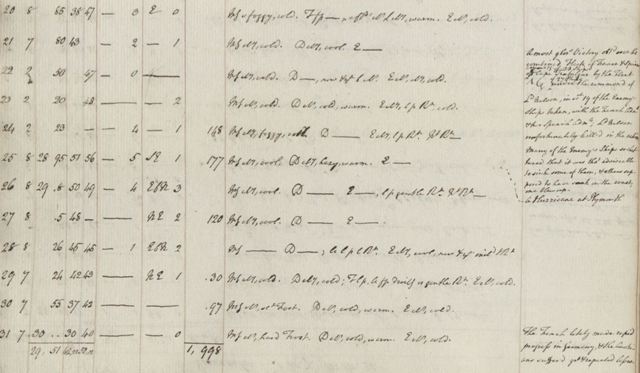 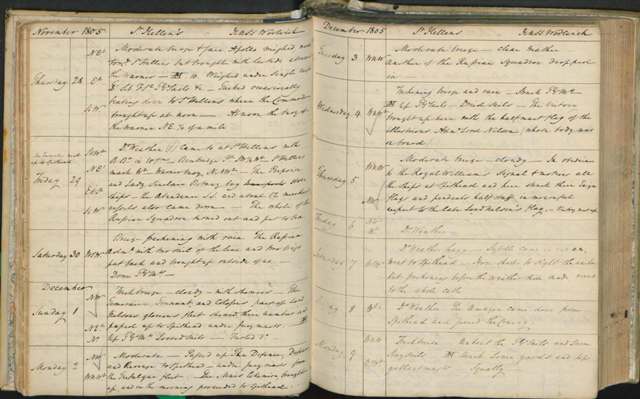