October 2017 - Met Office scientists attend the “Twenty Years of meteo.pl” conference at the Interdisciplinary Centre for Mathematical and Computational Modelling (ICM) at the University of Warsaw, which uses the Unified Model.

The Unified Model (UM) [1] has been in operations at the Met Office since June 1991. It has also been used since 1997 for numerical weather prediction (NWP) at ICM, which is at the University of Warsaw. ICM runs the UM as a regional model centred over Poland, driven by initial and boundary conditions from global model forecasts produced at the Met Office.

Figure 1: Example forecast for cloud cover, precipitation, and lightning based on a regional UM domain run by ICM, available from http://mapy.meteo.pl.

History of global modelling at the Met Office with the UM

Table 1: Highlights of operational updates done for the Met Office global UM since ICM started to use it for initial and boundary conditions for a local area UM domain for NWP at ICM.

ICM's use of the UM as regional model

ICM as a downstream model user, has had to adjust and update their UM version and configuration according to the updates from the operational suite from the Met Office. ICM’s current model runs at convective permitting 4 km resolution (and at 1.5 km resolution experimentally) using science settings based on Met Office evaluation and verification for high-resolution models over the UK. Running and monitoring a regional UM domain over Central/Eastern Europe enables ICM to provide valuable feedback on regional model performance in a different climate from the UK. That allows ICM not only to provide high-resolution weather forecasts (Figure 1, Figure 2) to Polish users but also to help the Met Office in assessing and understanding the quality of the UM forecasts over Poland. 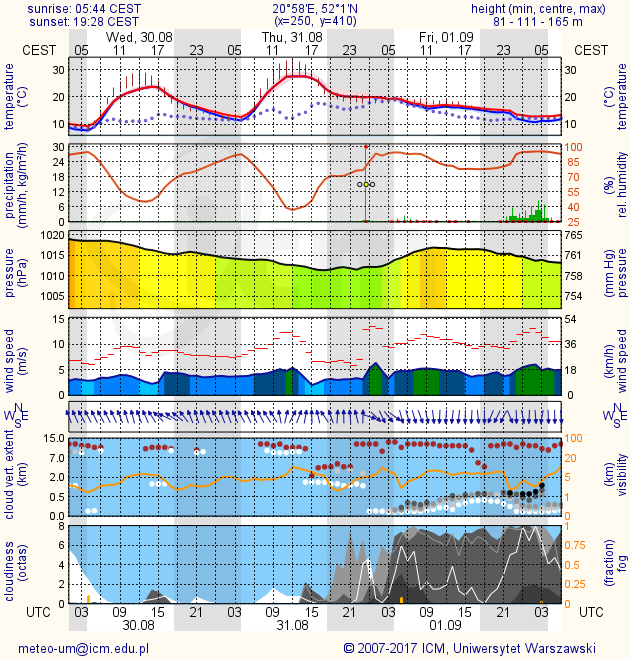 Figure 2: Example weather forecast for Warsaw, based on a regional UM domain run by ICM, available from http://www.meteo.pl.

Collaboration on NWP and regional model development and evaluation

ICM also collaborates with Institute of Meteorology and Water Management IMGW, Poland’s national meteorological service, and is part of the UM Partnership, formed out of the UM operational User group in 2014. The UM Partnership embeds the collaboration between ICM and the Met Office in a global consortium, facilitating the development and deployment of the UM to partners. One of the current key collaborative activities is to develop and test regional model configurations. ICM’s NWP domain has been identified as a candidate testbed for this research activity.

During October 2017, ICM celebrates 20 years of NWP at ICM, which also marks 20 years of its use of the UM. Met Office representatives from Weather Science and Science Partnerships will be visiting our partners in Poland to congratulate, give an update on developments at the Met Office and to discuss ongoing work on regional model development and plans for the next years.