Elucidating the role of clouds-circulation coupling in climate

January 2020 – The Met Office participates in a field campaign on Clouds, Circulation and Climate Sensitivity out of the Caribbean island of Barbados with UK, European and American partners.

From 20th of January to 20th of February 2020 the observational field campaign EUREC4A (Elucidating the role of clouds-circulation coupling in climate) will take place, with operations based out of the Caribbean island of Barbados (Fig 1). EUREC4A is a European initiative that, together with the NOAA lead Atlantic Tradewind Ocean–Atmosphere Mesoscale Interaction Campaign (ATOMIC) from the US, constitutes a study in support of the World Climate Research Programme's Grand Science Challenge on Clouds, Circulation and Climate Sensitivity. 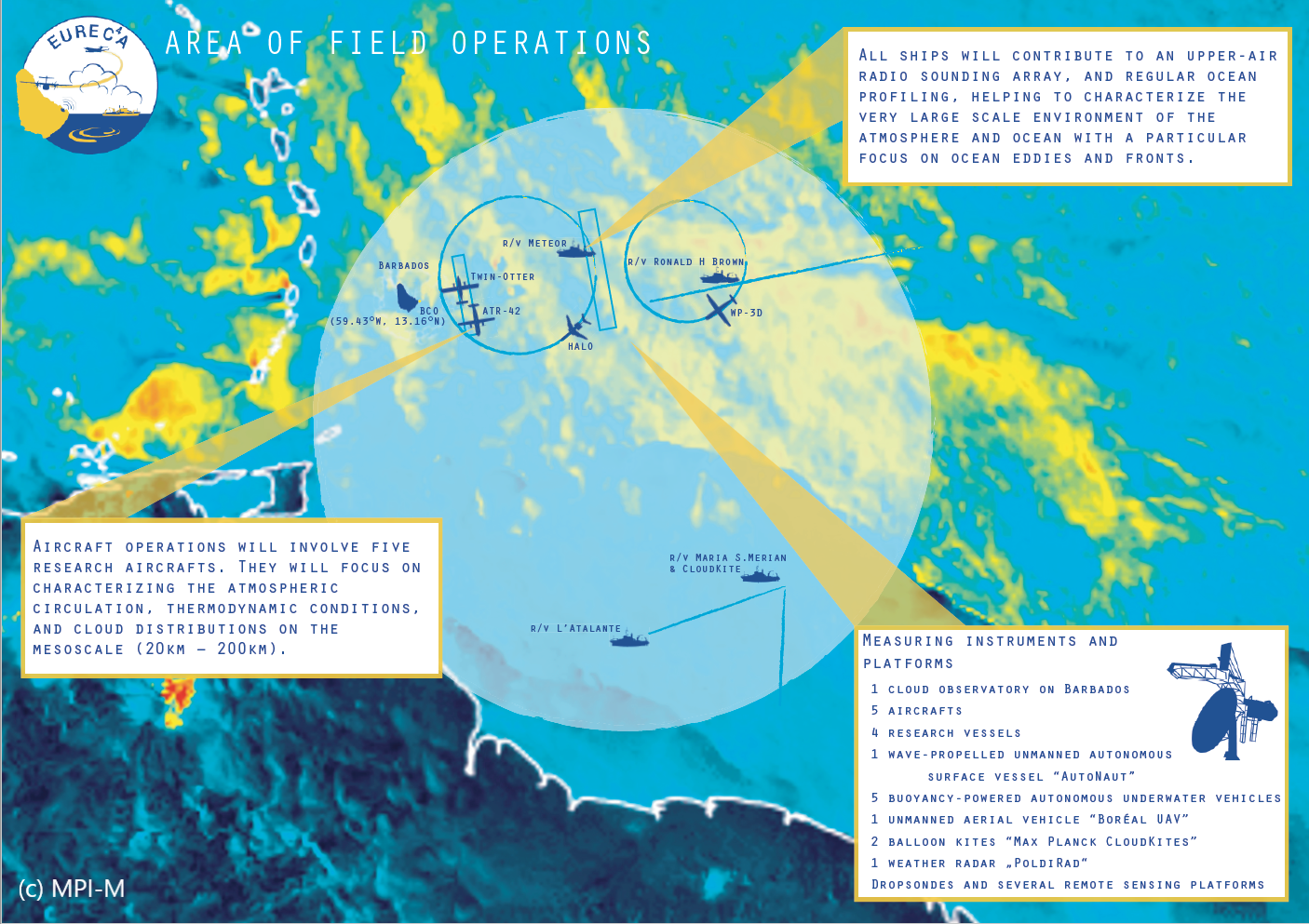 EUREC4A is the first field study to test hypothesized mechanisms whereby changes in cloudiness with global warming act to amplify this warming, a positive feedback which would increase Earth’s climate sensitivity. These hypotheses have been distilled from several rounds of international climate model intercomparison studies (CMIP), over a period of decades. EUREC4A aims to test whether models with a reduction in cloudiness, which then amplifies warming from CO2, are correct. 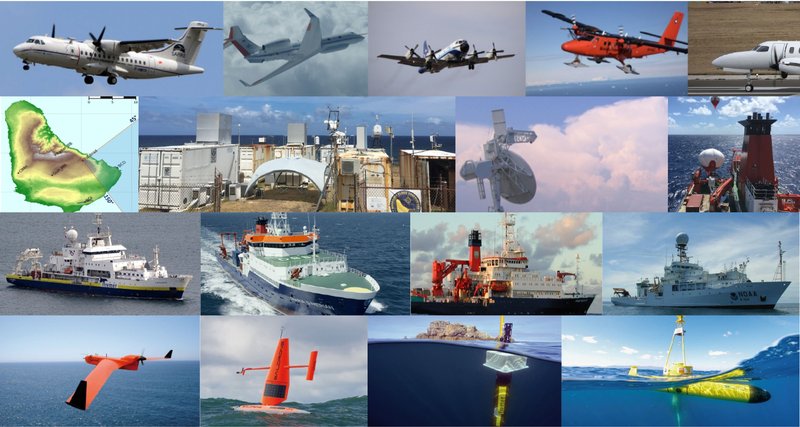 In the UK, the Met Office is involved in the NERC (Natural Environment Research Council) funded contribution to EUREC4A, the EUREC4A-UK project, led by Prof. Alan Blyth from the University of Leeds and the National Centre for Atmospheric Science (NCAS). EUREC4A-UK is a programme of observational and modelling research which aims to study the detailed aerosol and cloud processes in the life cycle of shallow trade cumulus clouds and the two-way interactions between the cloud processes and the large-scale dynamics. The different responses of these clouds to warming in global climate models explain most of the inter-model differences, yet the physics of these responses remain poorly constrained. The UK contribution to EUREC4A  focuses on the measurements taken with the British Antarctic Survey Twin Otter aircraft and subsequent detailed modelling studies.

At the Met Office, scientists from the Global Model Evaluation and Development, the Atmospheric Processes and Parametrizations, and the Observational Based Research teams are working to support the observational EUREC4A campaign. Our scientists will be involved in analysing the collected data and running high-resolution numerical simulations with the Unified Model, including in real time to assist with flight planning. In the future the new insights are expected to help to improve Met Office weather and climate modelling, and to determine the dominant processes controlling the cloud fields and related precipitation under global warming.