Providing annually-updated five-year climate predictions at global and continental scales is the focus of a new international science collaboration co-ordinated by the WMO and led by the UK’s Met Office.

For the first time, climate scientists have joined forces and resources to produce an annually-updated climate snapshot looking at the next five years. Harnessing the best computer models from ten climate centres around the world, every year will produce a new climate prediction looking out to five years ahead.

Professor Adam Scaife is the head of long range prediction at the Met Office. He said: “This is an exciting new scientific capability.  As human-induced climate change grows, it is becoming even more important for governments and decision makers to understand the current climate risks on an annually-updated basis.”

The development of near-term prediction capability has long been an aspiration of the World Meteorological Organization – a so-called grand challenge.

“This study shows – with a high level of scientific skill – the enormous challenge ahead in meeting the Paris Agreement on Climate Change target of keeping a global temperature rise this century well below 2 degrees Celsius above pre-industrial levels and to pursue efforts to limit the temperature increase even further to 1.5 degrees Celsius,” said WMO Secretary-General Petteri Taalas.

Dr Doug Smith leads decadal climate prediction research and development at the Met Office Hadley Centre. He said: “This product takes into account natural variations as well as human influences on climate to provide the best possible forecasts of temperature, rainfall and wind patterns for the coming 5 years.”

Climate prediction groups from the UK, Spain, Germany, Canada, China, USA, Japan, Australia, Sweden and Denmark contributed new predictions this year and Dr Leon Hermanson, one of the scientists working on the project said that “Combining forecasts from climate prediction centres worldwide allows us to create a product that beats the output from any individual source”. 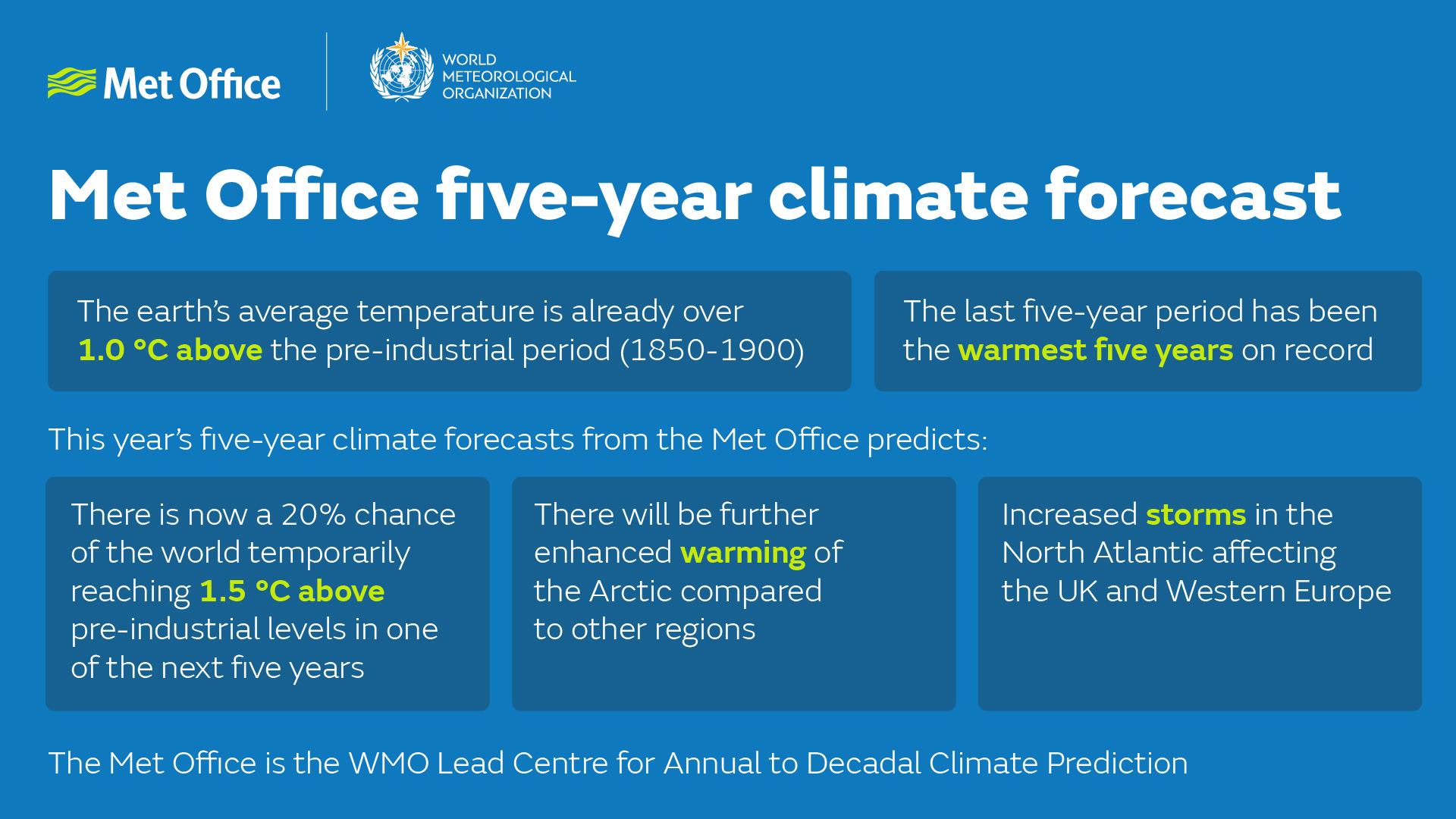 The earth’s average temperature is already over 1.0 C above the pre-industrial period (1850-1900). The last five-year period has been the warmest five years on record.  This year’s five-year climate forecasts predicts that: