Arctic sea ice extent reached its seasonal minimum of 4.59 million square km on both 19th and 23rd September 2018 (Figure 1), according to data from the US National Snow and Ice Data Center (NSIDC). This is the joint-6th lowest minimum in the satellite record (Figure 2), identical to that recorded in 2008 and very close also to that of 2010. It is 1.63 million square km below the 1981-2010 average and 1.21 million square km above the record low extent of 3.39 million square km, which occurred in 2012.

The moderately low minimum follows a summer of very mixed weather in the Arctic, in which melting was rather slow early and late in the season, but exceptionally fast throughout most of July, possibly in association with storms and southerly winds in the western Siberian seas. 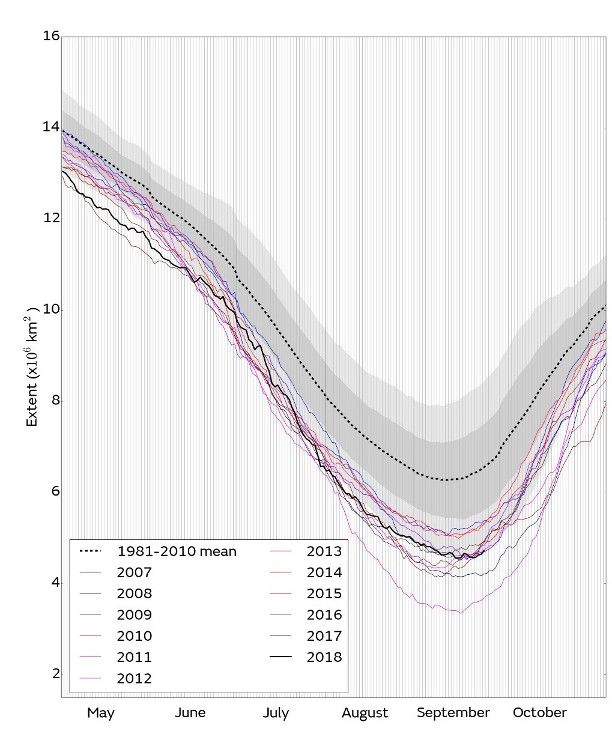 Figure 1. Daily Arctic sea ice extent for 2018, compared with recent years, and the 1981-2010 average with +/- 1 and 2 standard deviation intervals indicated by the shaded areas. Data are from the National Snow and Ice Data Center (NSIDC) 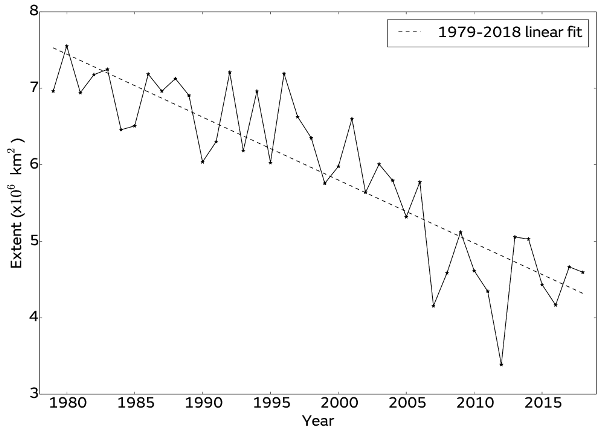 Extent was well below average in all regions of the Arctic except the eastern Beaufort Sea, and the central East Siberian Sea, where a tongue of low-concentration ice extended nearly to the Siberian coast (Figure 3). 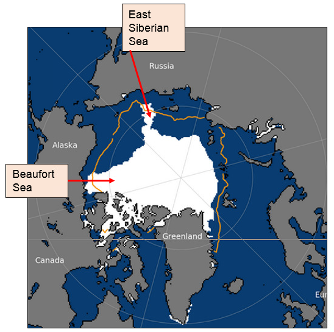 Figure 3. Sea ice extent on 23rd September 2018, with 1981-2010 average extent for this date indicated in orange. Underlying map and data courtesy of NSIDC.