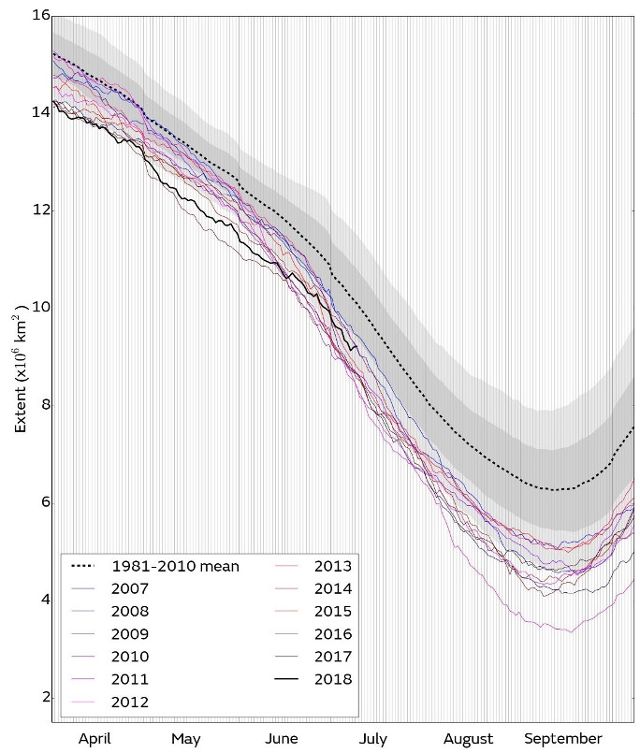 Extent was exceptionally low in the Atlantic sector of the Arctic, particularly in the Barents and Kara seas, and was somewhat below average in the Chukchi and Laptev seas (Figure 2). The Beaufort Sea, however, has seen very little overall ice loss since early June. 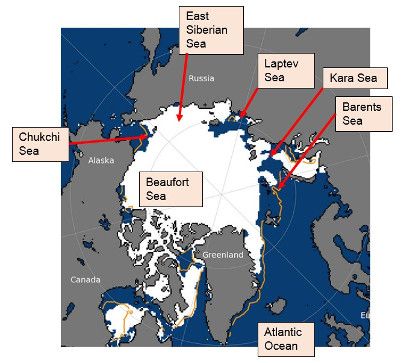 Figure 2. Arctic sea ice extent on 9th July 2018, with 1981-2010 average extent indicated in orange, and the regions referred to in the text labelled. Underlying map and data courtesy of NSIDC.

The patterns of ice loss are likely to be associated with winds tending to blow from the Atlantic to the Pacific side of the Arctic during June, enhancing ice loss on the Atlantic side but attenuating it on the Pacific side. Temperatures across the Arctic during June were above average in the Kara, Laptev and East Siberian seas, but somewhat below average in the Beaufort Sea (Figure 3). 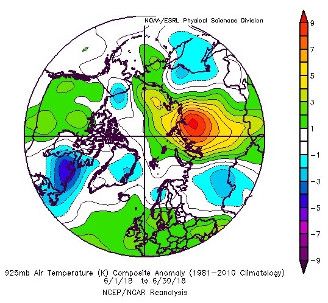 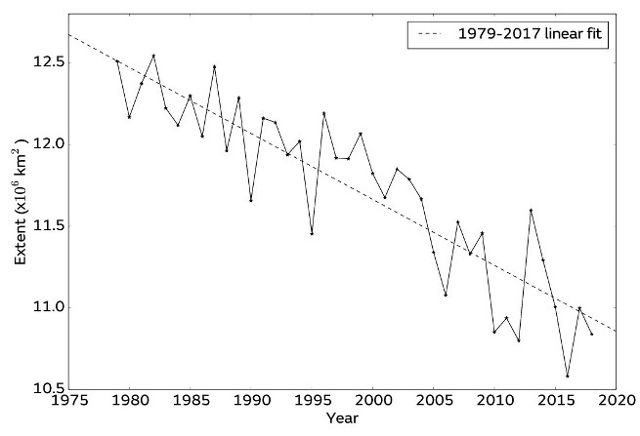 A number of predictions of this year’s seasonal minimum (September) Arctic ice extent are displayed in Figure 5, and described below: 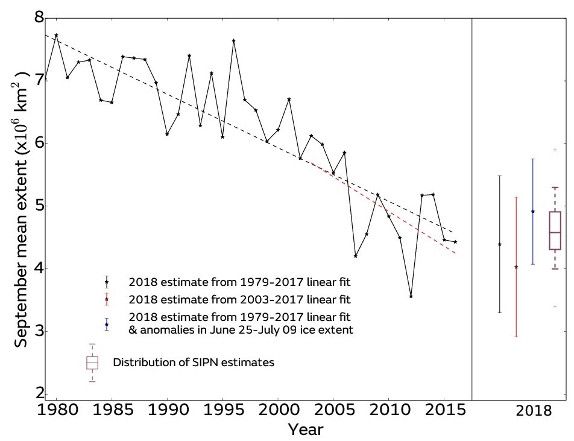 Figure 5: September median Arctic sea ice extent since satellite records began in 1979 from the HadISST1.2 dataset (Rayner et al., 2003), with predictions from the SIPN Sea Ice Outlook and statistical predictions for September 2018. For the statistical predictions, error bars represent twice the standard deviation of September mean ice extent about the trend lines with respect to which the estimates are taken. The Sea Ice Outlook is shown as a boxplot indicating range, median and quartiles of the 33 predictions submitted.

Although these predictions suggest that a new record low September extent is unlikely this year, there remains a high degree of uncertainty at this point of the melt season. Ice thickness measurements by CryoSat-2 in May showed large regions of sea ice to be less than 2m thick; these areas are likely to be vulnerable to enhanced ice loss should weather conditions more conducive to ice melt emerge. 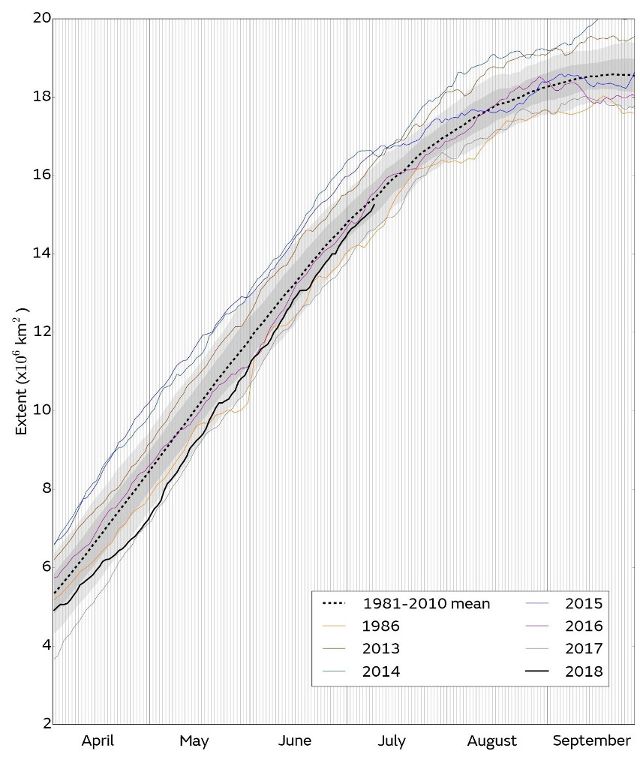 Figure 6. Daily Antarctic sea ice extent for 2018, compared with recent years, the low-ice year of 1986, and the 1981-2010 average, with ± 1 and 2 standard deviation intervals indicated by the shaded areas. Data are from NSIDC. 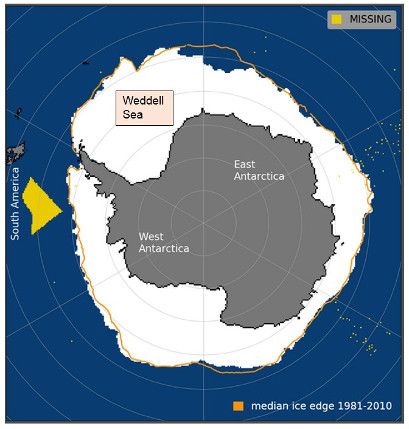 Figure 7. Antarctic sea ice extent on 9th July 2018, with 1981-2010 average extent indicated in orange, and regions referred to in the text labelled. Underlying map and data courtesy of NSIDC.