State of the UK Climate

The 2021 report is published as a special issue of the International Journal of Climatology, which is the Royal Meteorological Society journal of climate science.

Highlights of the 2021 report

The UK's climate is changing

The report reviews the climate and significant meteorological events of the year. This year’s paper continues to show the impact of global temperature rises on the climate in the UK, reaffirming that climate change is not just a problem for the future and that it is already influencing the conditions we experience on the earth’s surface. 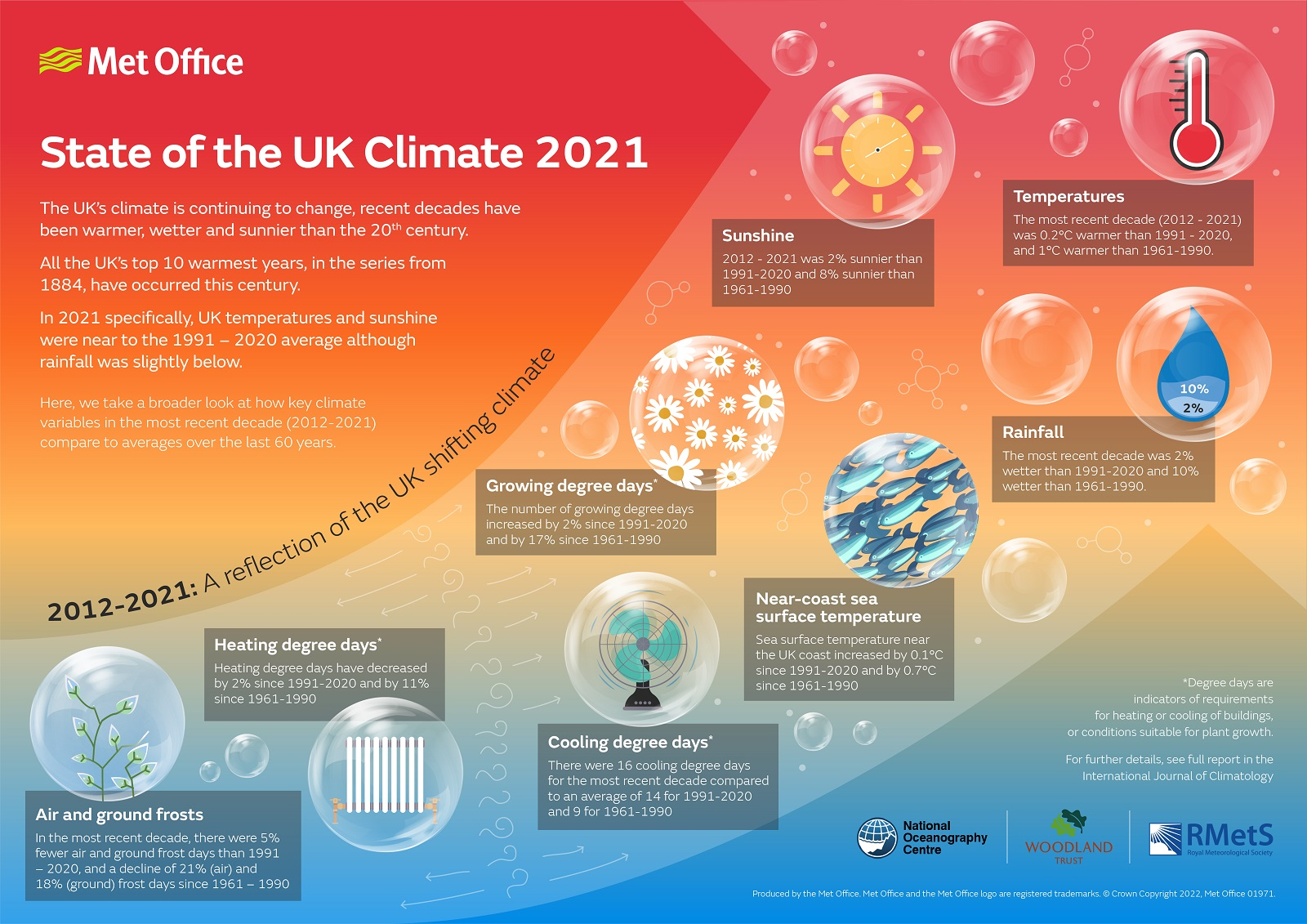