This is 1.95 million square km below the 1981-2010 average according to the Met Office HadISST1.2 dataset. This is the 3rd lowest September extent recorded in the era of satellite observations of sea ice, after 2012 and 2007. It falls very near the longterm linear trend (Figure 1), and is also very close to the September extents recorded in 2011 and 20151. 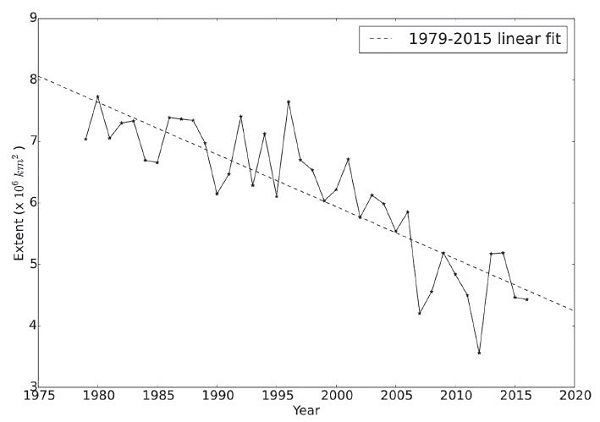 Figure 1: September sea ice extent according to the HadISST1.2 dataset

Extent was well below average in the Beaufort, and East Siberian Seas, but was nearer average on the Atlantic side of the Arctic (Figure 2). Notably, ice extent was higher in the Laptev Sea than in the record low year of 2012. Unusually, some areas of ice detached from the main pack remained in the East Siberian Sea at the date of minimum extent (10 September) and have subsequently survived as the main ice pack has advanced. 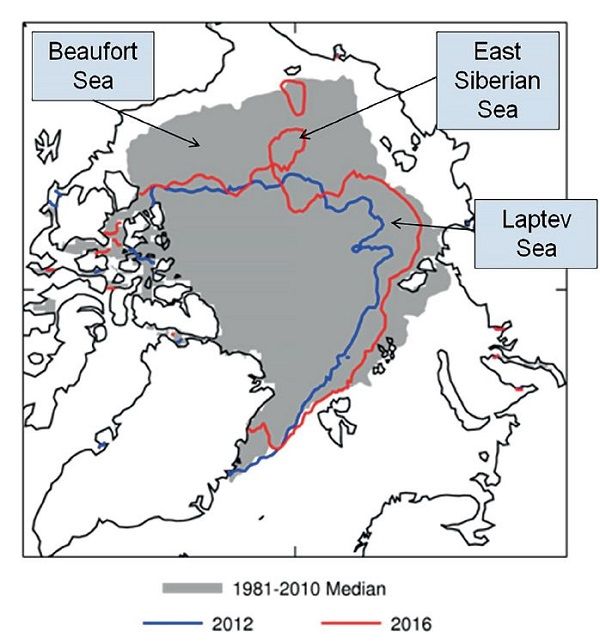 Winter and spring of 2016 were exceptionally mild in the Arctic, contributing to the joint-lowest maximum Arctic sea ice extent recorded in the satellite era in March 2016, and an unusually early start to melting in the Beaufort Sea in late April. Sea ice extent for the month of May was by some distance the lowest recorded, for the time of year.

Much colder, stormy conditions became established over the Arctic Ocean during June, with ice melt slowing. Weather during the Arctic summer was unexceptional, and at times quite cool (Figure 3), although an unusually strong cyclone affected the Arctic during early August.

Evidence from satellite observations and modelling suggests that ice thickness across the Arctic Ocean was very low before the melt season; measurements from CryoSat-2 in April showed large areas of ice thinner than 2m away from the North Pole and Canadian coast, while the ice-ocean model PIOMAS estimated April Arctic sea ice volume to be the third lowest in the satellite era. The extremely low ice thicknesses in areas vulnerable to melt are likely to explain the relatively low September sea ice extent of 2016, which was achieved despite quite cool conditions during the summer, and underlines the continuing vulnerability of the Arctic sea ice cover. 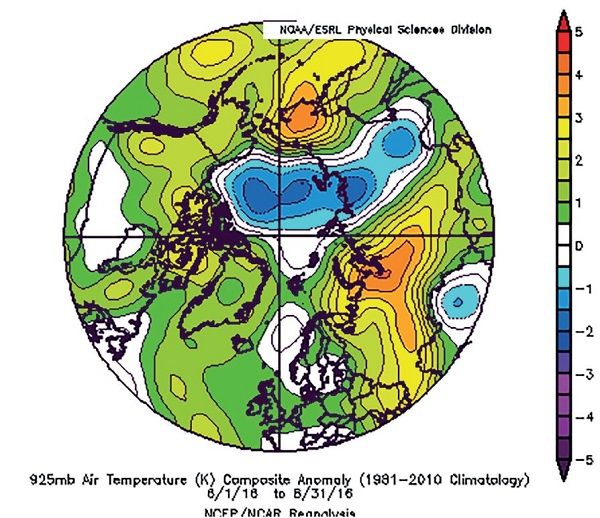 During the summer, the Sea Ice Prediction Network (SIPN) collates predictions of September Arctic sea ice extent from scientific centres around the world, and publishes these in a series of reports, in June, July and August. In 2016, the distribution of estimates published in each report changed relatively little as the summer progressed (Figure 4), with median estimates of 4.3, 4.3, and 4.4 million square km respectively. 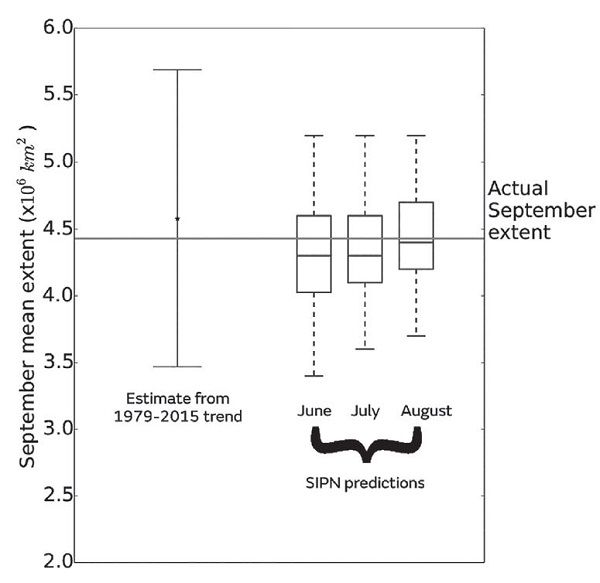 Figure 4: Showing the three distributions of estimates of September sea ice extent published in June, July and August by SIPN, together with observed extent and the value projected by the long-term linear trend.

1Note that according to analysis by the (US) National Snow and Ice Data Center, the September extent for 2016 was slightly higher than that for 2011 and 2015, and this year is therefore the fifth lowest on record by this estimate. The difference is due to NSIDC using a mean of daily data to generate a monthly average, while HadISST1.2 uses a median.