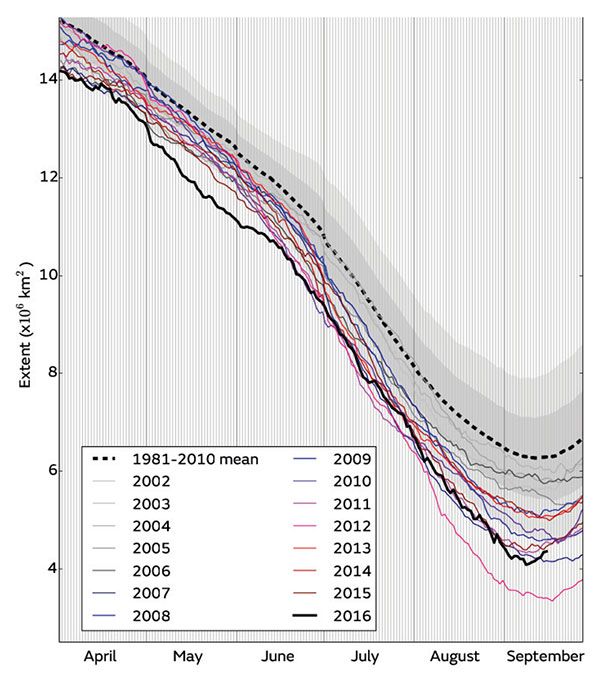 Figure 1:Daily Arctic sea ice extent for 2016, compared with recent years, and the 1981-2010 average with +/- 1 and 2 standard deviation intervals indicated by the shaded areas. Data is from the National Snow and Ice Data Center (NSIDC)

This is the joint-2nd lowest minimum in the satellite record (Figure 2), virtually identical to the 4.15 million sq km recorded in 2007. It is 0.75 million square km above the record low extent of 3.39 million square km, which occurred in 2012. 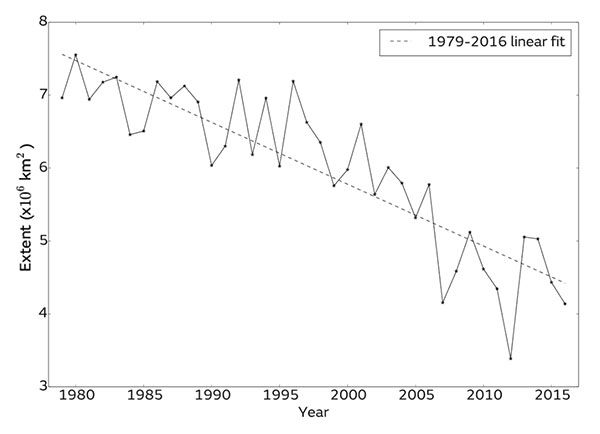 This year, extent at minimum was particularly low in the Beaufort Sea north of Alaska (Figure 3), which is likely to be associated with a very early start to melting in this region.  It was also very low in the Laptev Sea north of Siberia, due to frequent movement of warm air from lower latitudes over this region during the summer.  Some patches of dispersed ice remained between these two regions, in the East Siberian Sea. 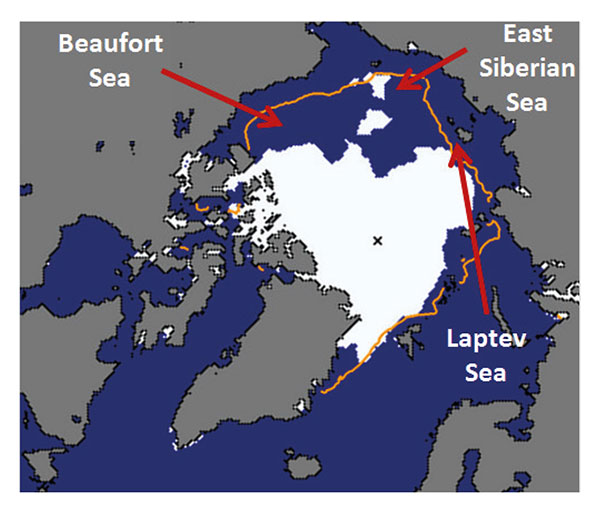 Figure 3:Sea ice extent on 10 September 2016, with 1981-2010 extent for this date indicated in orange. Underlying map and data courtesy of NSIDC.