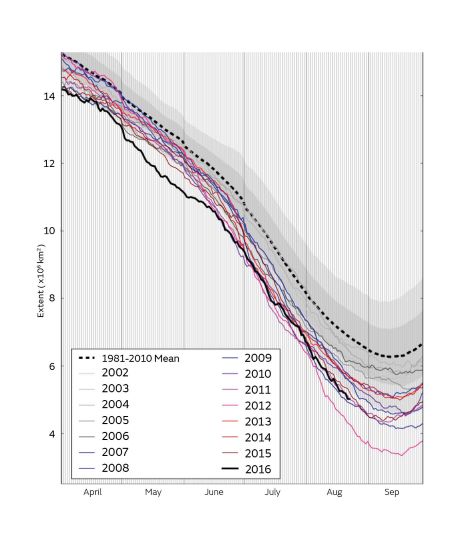 Extent is currently particularly low in the Beaufort Sea north of Alaska (Figure 2). There are large areas of sparse, diffuse ice in the Laptev and East Siberian seas.

These conditions are likely to be associated with cyclonic, stormy weather, which tends to disperse sea ice and has been prevalent over the Arctic Ocean since early July. 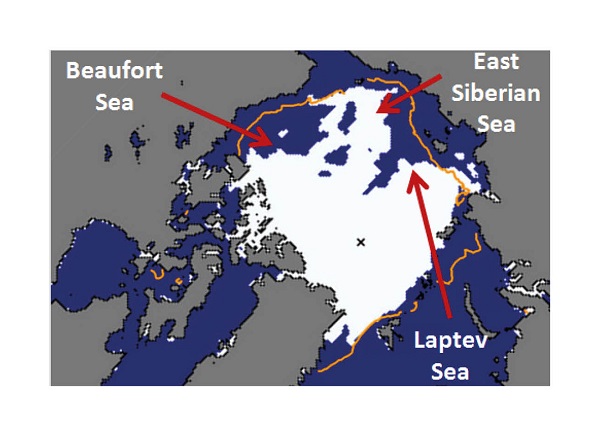 Figure 2:Arctic Sea ice extent on 17 August 2016, with 1981-2010 extent for this date indicated in orange. Underlying map and data courtesy of NSIDC. 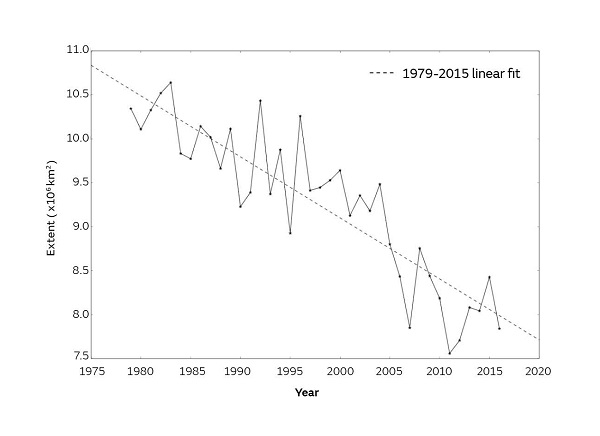 A number of projections of this year's seasonal minimum (September) ice extent are displayed in Figure 4, and described below:

While at this stage of the melt season a new record low September Arctic sea ice extent appears quite unlikely, the minimum is very likely to fall below the long-term linear trend, consistent with the observed long-term decline in Arctic summer sea ice. 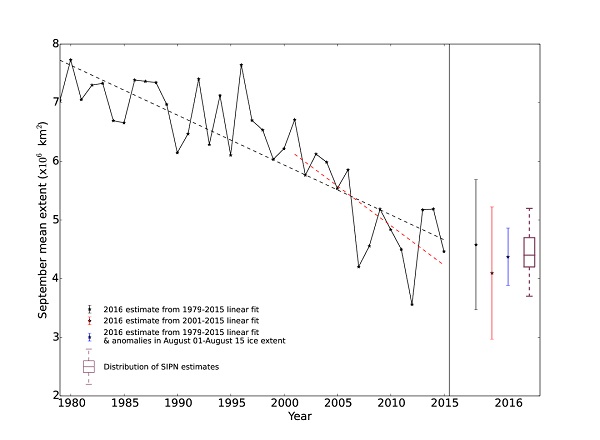 Figure 4:September median Arctic sea ice extent since satellite records began in 1979 from the HadISST1.2 dataset (Rayner et al., 2013). September 2016 predictions from the SIPN Sea Ice Outlook predictions and statistical estimates are included. For the statistical estimates, error bars represent twice the standard deviation of September mean ice extent about the trend lines with respect to which the estimates are taken. The Arctic Sea Ice Outlook is shown as a boxplot indicating range, median and quartiles of the 39 estimates submitted.