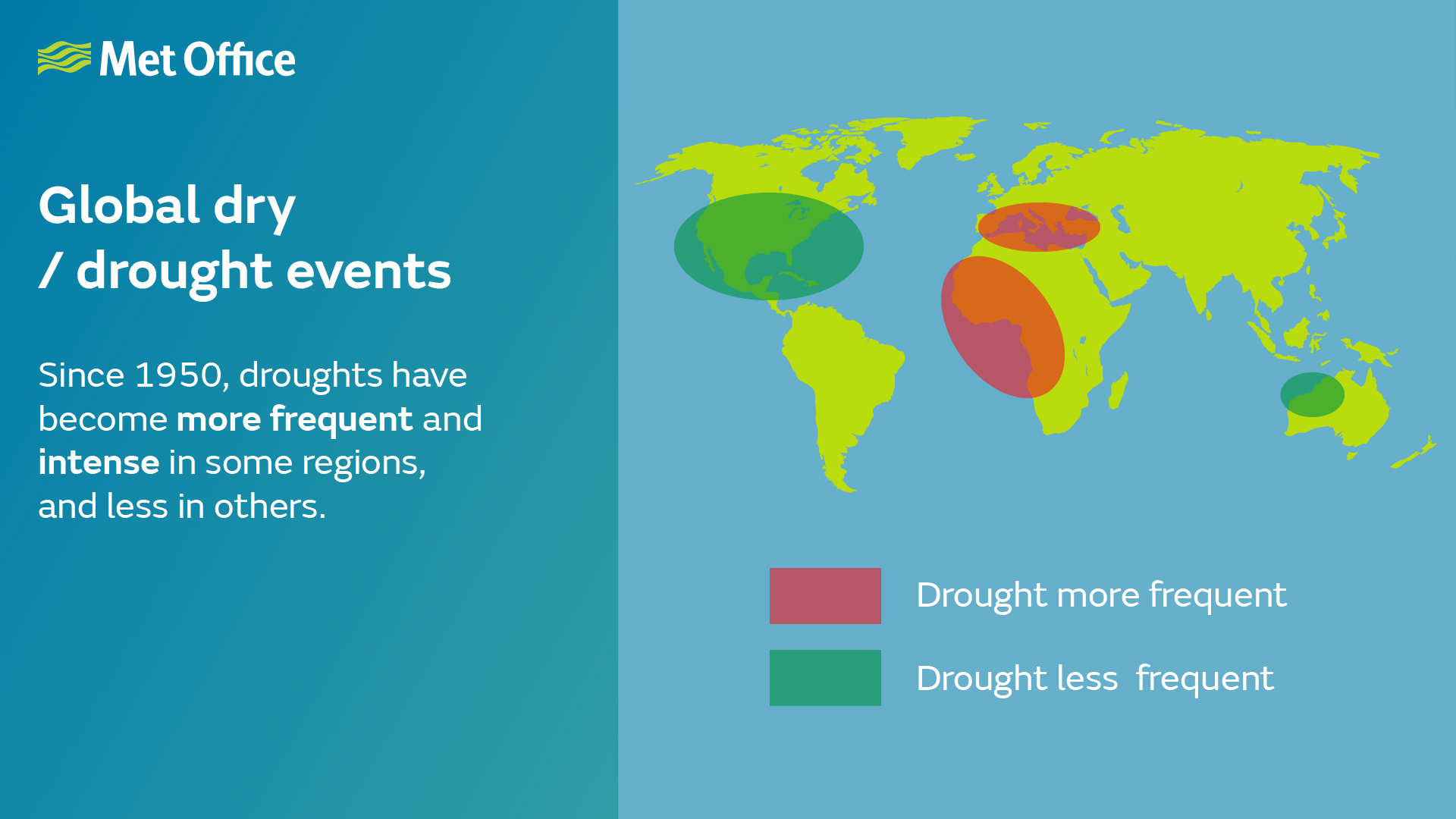 Extreme weather events such as heatwaves and floods impact all levels of society and can lead to large economic costs, population displacement and loss of life. This page outlines the latest research on whether we’re experiencing more dry events globally, whether they’re due to climate change and what we can expect in the future.

Are prolonged dry periods and droughts increasing in frequency or intensity?

IPCC AR5 WGI reported low confidence for any detectable trend in drought at the global scale. However, there are regional changes that have been observed. For example, the frequency and intensity of drought have likely increased in the Mediterranean and West Africa and likely decreased in central North America and north-west Australia since 1950.

Are these changes due to human activity?

There is low confidence in attributing changes in drought over global land areas since the mid-20th century to human influence owing to a lack of data as well as difficulties in distinguishing natural variability in drought from long-term trends.

Of the published studies which have focussed on climate change and individual droughts, just over half have found that climate change had increased the severity of the event, or the likelihood of it occurring.

This mixed bag of results reflects the fact that droughts are complex events and could arise due to a combination of meteorological, hydrological, and societal drivers.

Will droughts become more common in the future?

IPCC AR5 WGI stated with medium confidence that dry regions can expect further decreases in soil moisture and increased risk of agricultural drought by the end of the 21st century under a high greenhouse gas emissions scenario.

It is likely (>66% probability) that the Mediterranean, southwest USA and southern African regions will experience surface drying by the end of this century under a high greenhouse gas emission scenario.