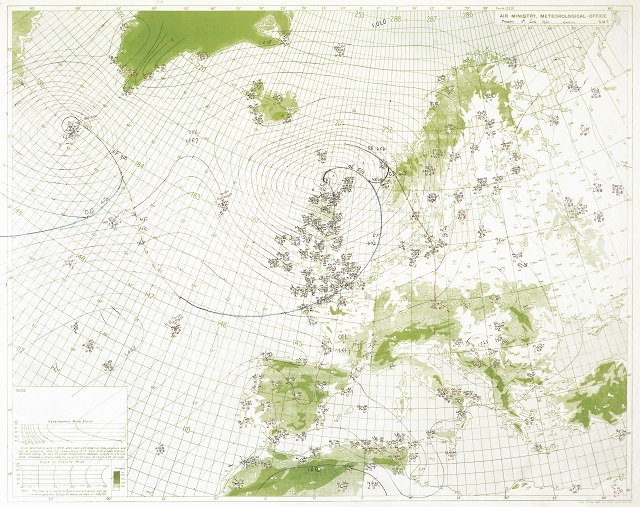 Weather has often played a key part in the success or failure of military campaigns. The Met Office has provided meteorological support to the armed forces of the United Kingdom and her allies since 1915. During the course of the First World War the significance of meteorology in operational planning was grasped and fully understood and at the end of the war the Met Office moved from the Board of Trade to the Air Ministry (later the Ministry of Defence) thus illustrating this key relationship. By the Second World War meteorological support was fully integrated into military operations and forecasts provided in support of Operation Overlord remain perhaps the most important forecasts ever produced by the Met Office. These pages feature some of the materials held in the National Meteorological Archive that illustrate the work of the Met Office in the two World Wars.