Forecast for the whole 2021 season

All values given below represent observed activity up to the end of July 2021 plus the 6-month GloSea6 forecast activity from August 2021 to January 2022. Note, although the forecast includes the month of January, historically very little activity occurs during this month. In the last 30 years there has only been one January storm (Hurricane Alex in 2016). 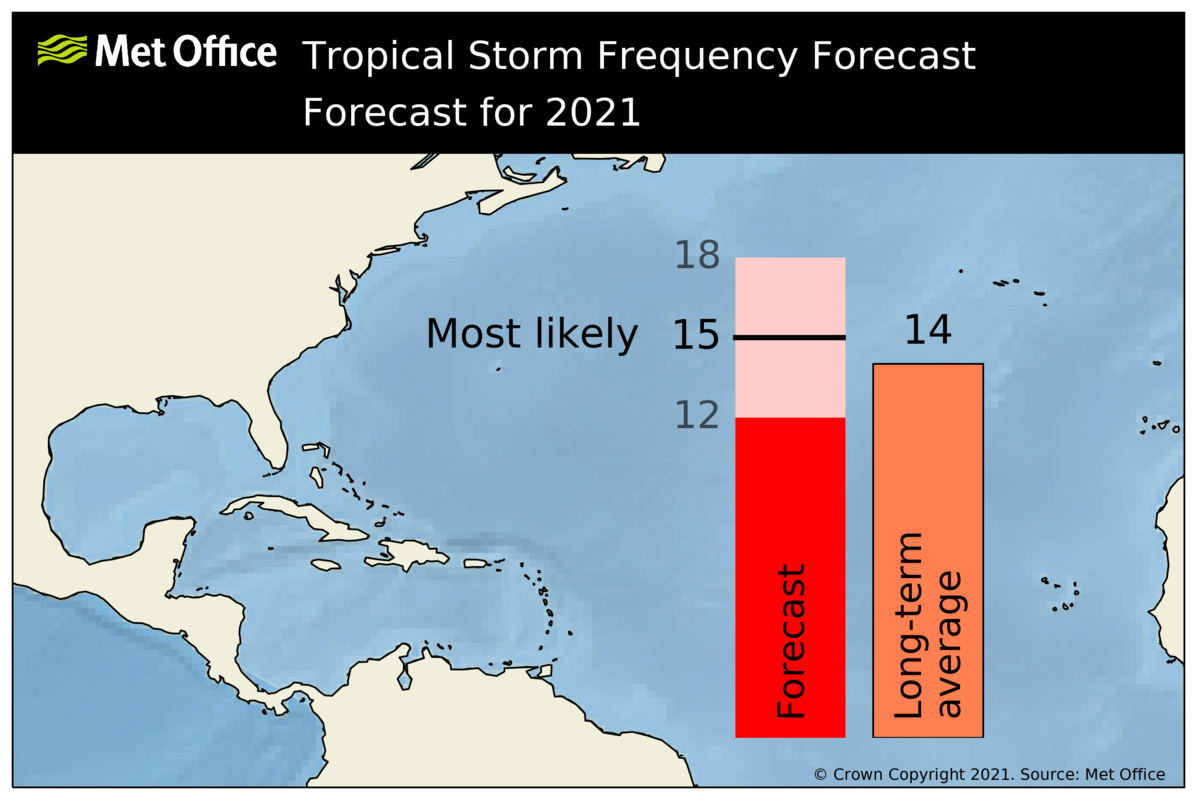 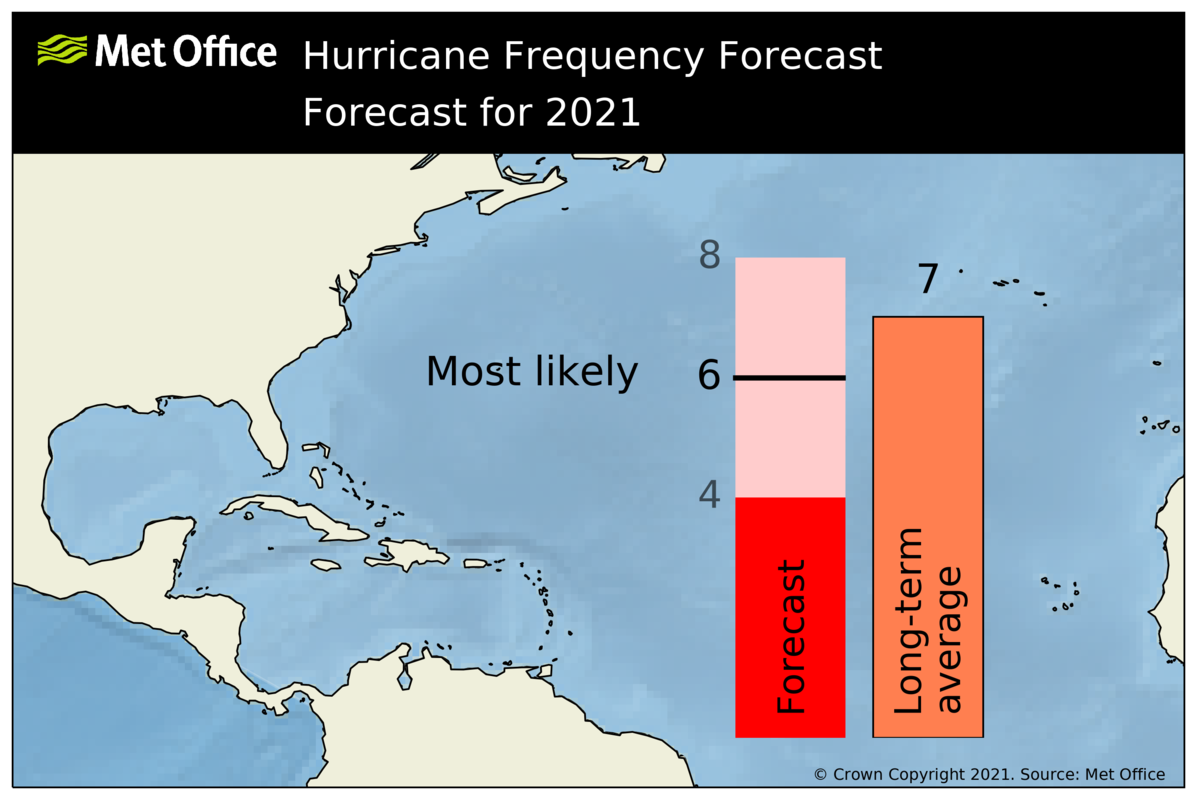 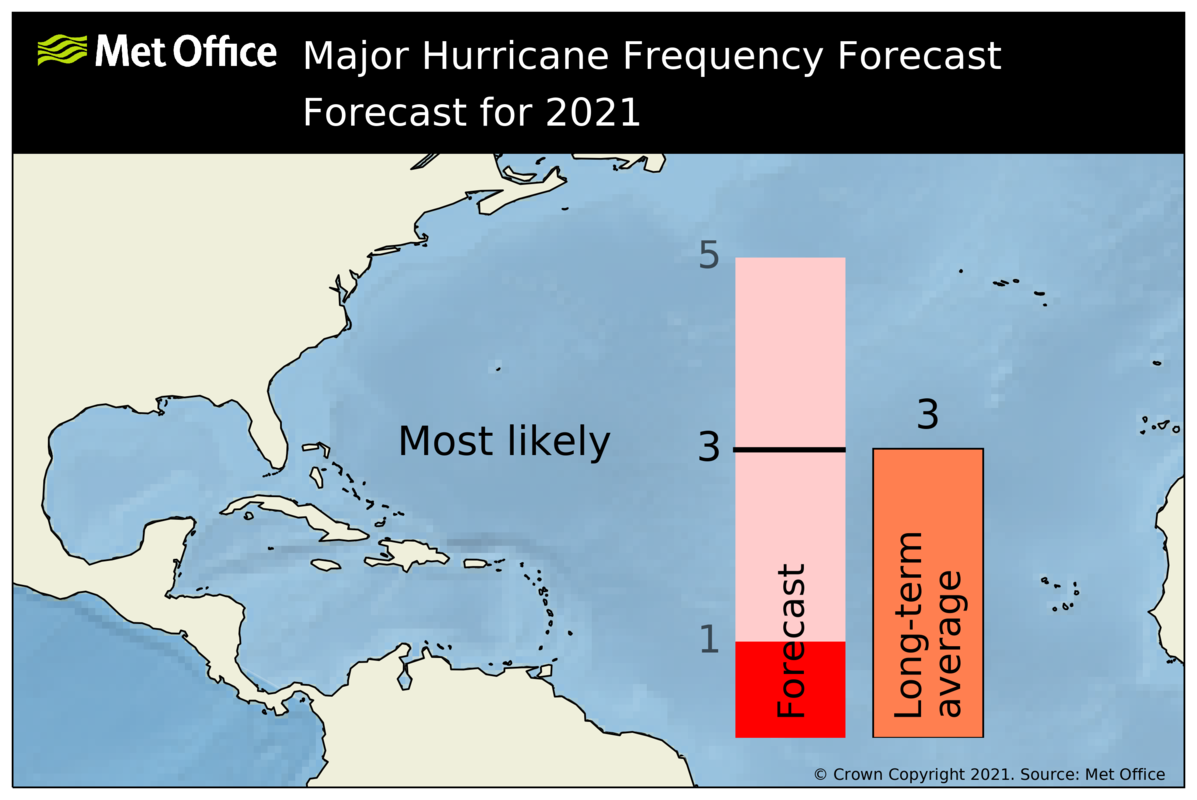 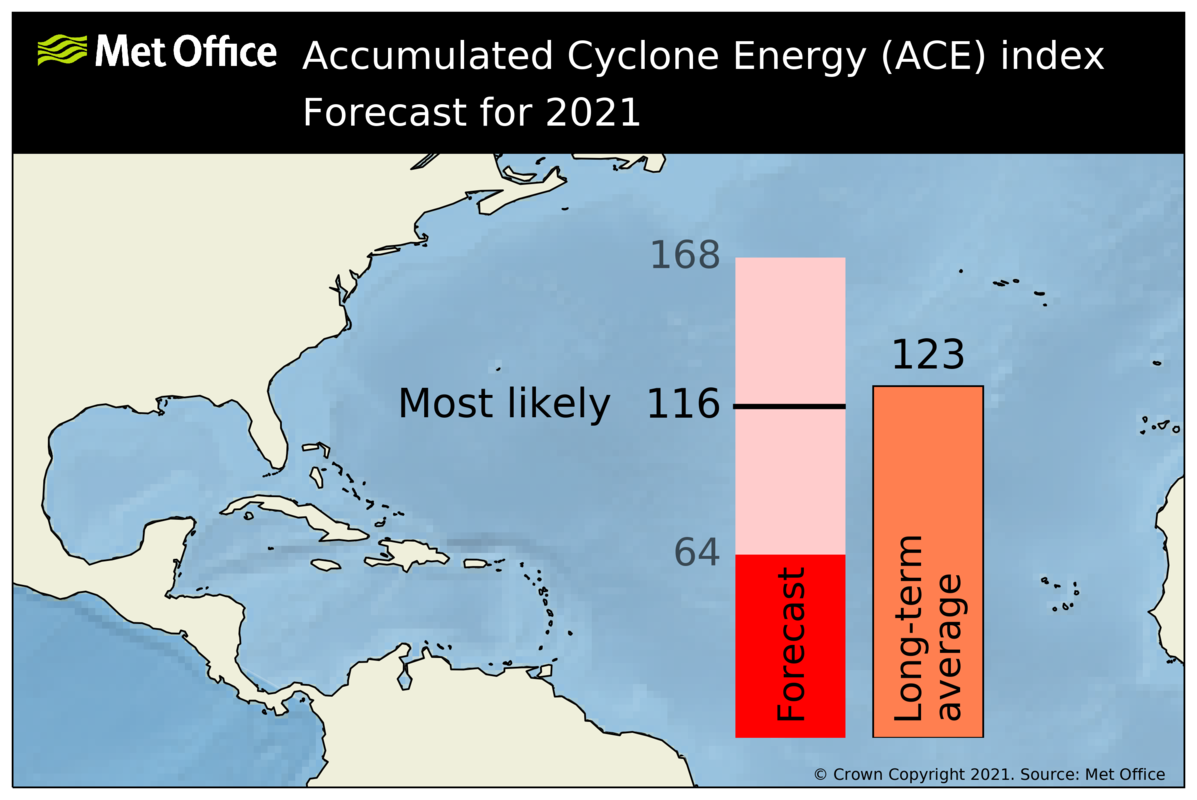 The North Atlantic tropical storm season usually runs from June to November, although occasional storms develop before and after these months. The degree of activity over the whole season varies from year to year and is measured in several ways.

The table below shows the number of tropical storms, hurricanes, major hurricanes and ACE index observed in recent years.

The forecast is made using information from the Met Office seasonal prediction system, GloSea6, which is an ensemble prediction system based on a fully coupled ocean-atmosphere general circulation model (GCM). This system simulates the ocean-atmosphere processes and interactions that determine tropical storm development. Multiple forecasts are made (using ensemble forecasting methods) to allow estimation of the range of likely outcomes.  The ensemble is then used to produce a best estimate (or most likely) predicted value (the ensemble mean) and forecast range (using the spread in the ensemble outcomes). Further details on the forecast method can be found in Camp et al. (2015).

Recent studies have shown that dynamical models have considerable skill predicting the number of tropical storms - for example successfully predicting the change from the exceptionally active season of 2005 to the below-normal activity of the 2006 season. In 2017, the Met Office seasonal forecast system successfully predicted the above-average activity that was observed in the North Atlantic, including the high frequency of tropical cyclone tracks around the northeast Caribbean (Camp et al., 2018). Full details of the skill to predict tropical storm activity around the world has previously been documented by Camp et al. (2015) and for real-time forecasts in Klotzbach et al. (2019).

A public forecast for the June to November 2022 period in the Atlantic will be issued in May 2022.