"Why I returned to Software Development at the Met Office"

My IT career started in my thirties, at an age when I had gained a good sense of what I value in life, writes Rebecca Rushforth.

But when I graduated from my Computer Science conversion course most of the available jobs seemed to be for companies that actively make the world a worse place — everything was about FinTech and online gambling.

The Met Office appealed as an organization that clearly does something useful, though I didn’t know then how much I’d get to work on life-saving services like Weather Warnings.  Also, my family are from the West Country, and I was keen to leave London for a better lifestyle.  Starting my tech career at the Met Office was brilliant — it was challenging in the best possible way.  I learnt new things constantly, with the help of friendly senior developers.  At the same time, I found the work–life balance that my time as an academic had so badly lacked. 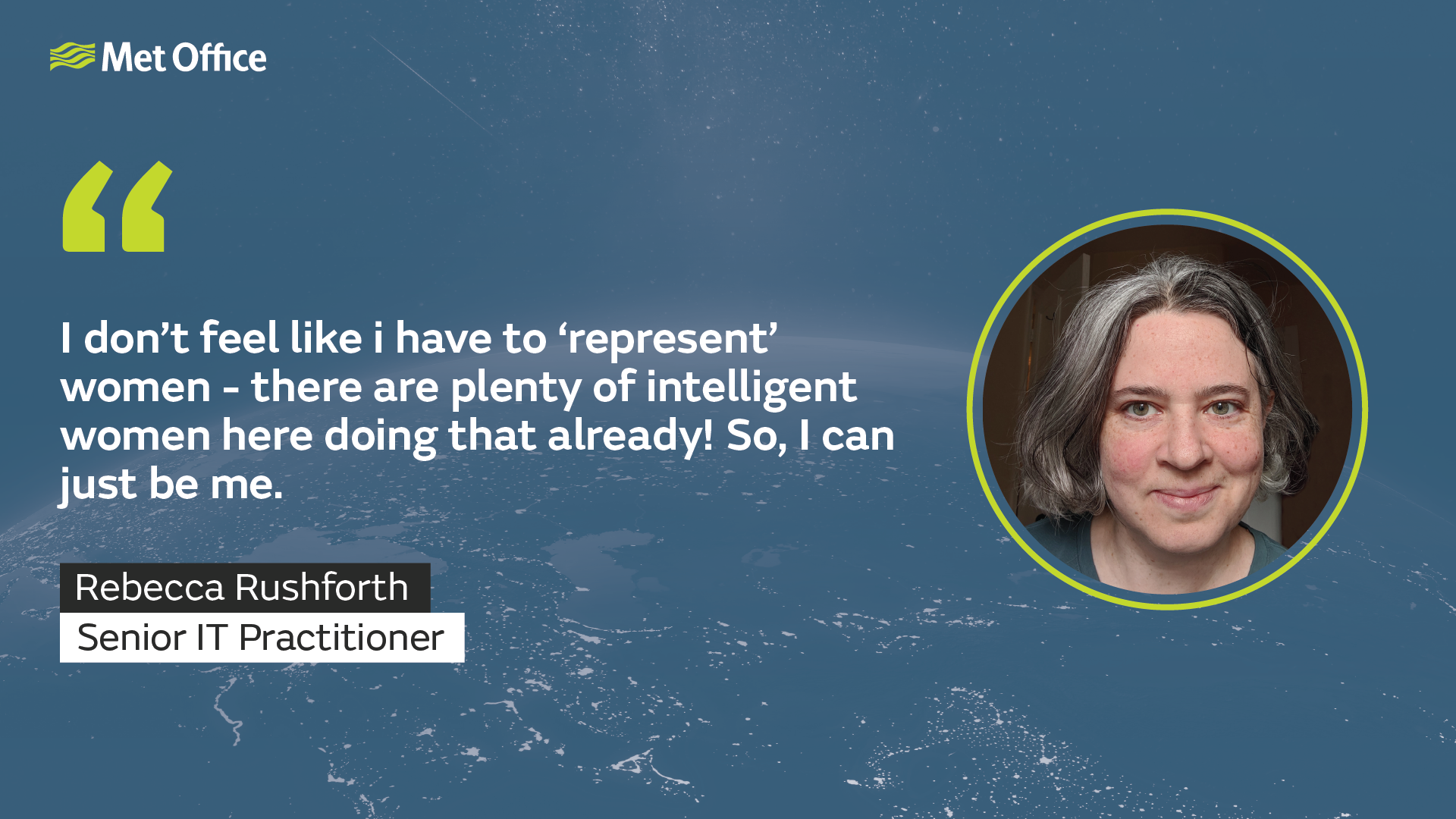 After five years I decided to see what a change would be like, and I left the Met Office for the private sector.  This did give me a broader perspective, but I only worked in two different jobs before coming back again!  There were three main reasons why I came back.  Firstly, I like that there are always people here who are intelligently curious about tech, as it’s not the given you’d expect for IT workers.  Secondly, we do get involved in some new tech, for example serverless computing, ahead of the curve compared to many private sector companies, which surprised me.

But the third reason was the most important, and that's because here I get to have female colleagues in programming roles!  I find it oddly exhausting being the only woman in a particular situation: I feel like it puts extra burdens on my behaviour. In my time away neither of the companies I worked for had any other female programmers, and in my second job almost all my colleagues were men.  The Met Office could do with more women in senior IT roles, but it does have a greater number of women working in IT than is typical of the sector.  Right now, two of the four developers in my team are women, and so is our team lead.  This makes a big difference to my background stress levels and I don’t feel like I have to 'represent women' – there are plenty of intelligent women here doing that already!  So, I get to just be me.

The best thing about working here is definitely my colleagues, and their curiosity and drive to contribute.  No one works here who thinks that money is the only important thing in a job.  (The people who do are all working in FinTech and online gambling.)  I like that there’s a big variety of people, from different life stages and with different perspectives.  If you want a job doing interesting and important work, but with an employer who respects that you have other interesting and important things in your life, then the Met Office would be a brilliant place for you.

To see the latest job opportunities at the Met Office, click here.