Before joining the Met Office, Dr Rosie Oakes, now a Senior Scientist in International Climate Services, spent six years studying pteropods to understand how they are being impacted by climate change. 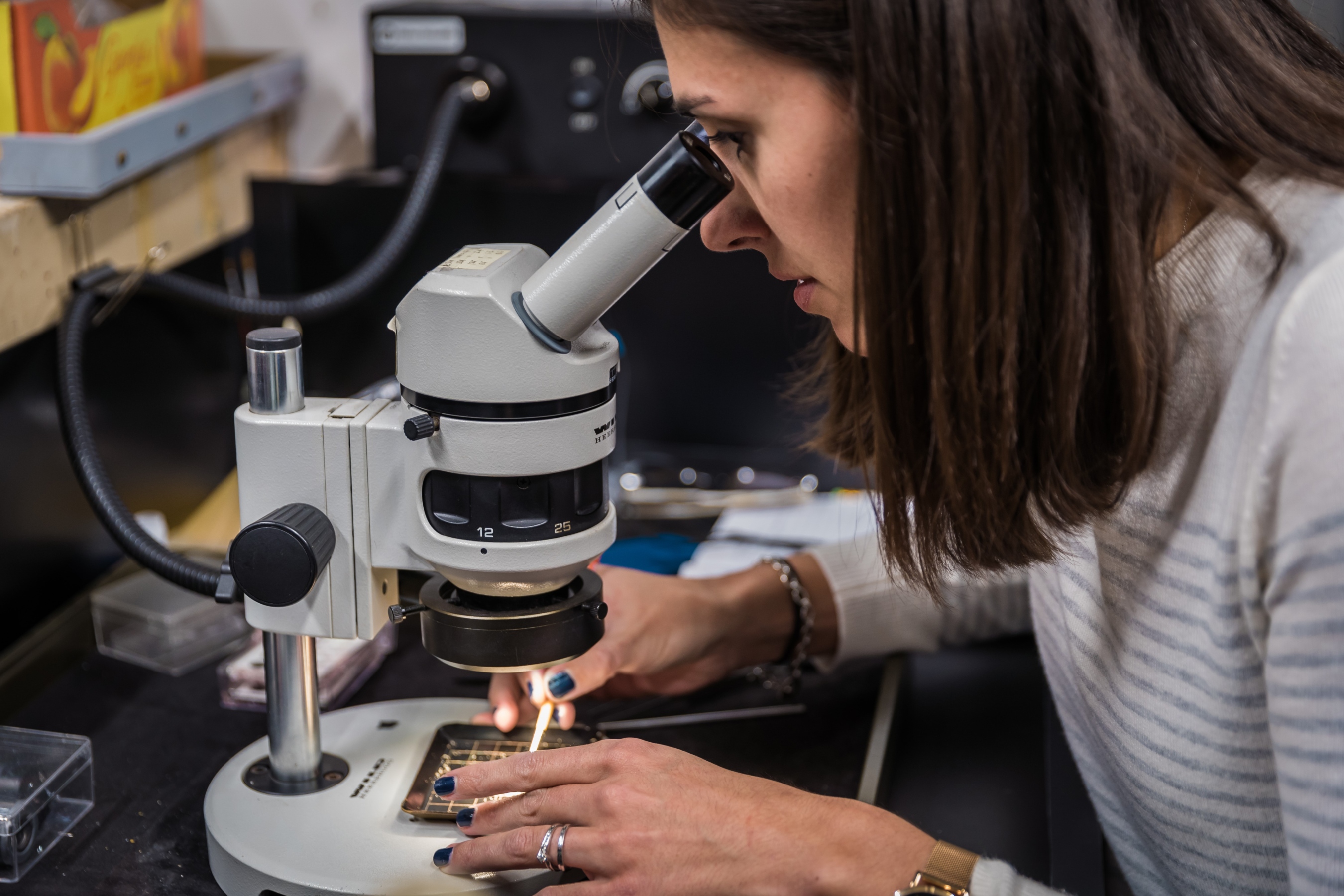 Pteropods (silent p) are a group of tiny planktonic snails. They form their thin shells out of a mineral called aragonite, which is particularly susceptible to dissolution by ocean acidification, the change in ocean pH linked to fossil fuel burning. Pteropods are a key part of the marine food chain. So losing them would have impacts on the entire marine ecosystem.

Luckily, we know what to do. The less carbon dioxide we put into the atmosphere from burning fossil fuels, the less ocean chemistry will change, and the longer pteropods will have to adapt to future conditions.

Why did you choose to research pteropods specifically?

I was looking in an ocean sediment core during my PhD trying to work out what happened to plankton when carbon dioxide levels changed during the last few ice ages (i.e. last 100,000 years). I found some pteropods in the core and wondered what they could tell us. When I did some reading, I realised there were still a lot of questions about how they were affected by modern changes in carbon dioxide. So I moved from studying the past to studying the present.

The interesting thing about pteropods is that they make their shells from a mineral of calcium carbonate called aragonite, which is 1.5 times more soluble than calcite. This means organisms with this shell type are more susceptible to dissolution in the oceans. Pteropods also live in the polar regions where ocean acidification will be realised first as cold water can hold more gas. I wanted to focus some of my PhD and postdoctoral research on this group, as they will be an early indicator of how changes in ocean chemistry will impact our marine ecosystem.

How did your research become an exhibit?

During 2020 and 2021, I worked with the amazing exhibits team at the Academy of Natural Sciences of Drexel University whose talent and drive has helped to make this research accessible to the people of Philadelphia and beyond. The exhibits team are expert communicators, who encouraged me to cut down the key messages to a few short sentences. They laid out the material in an exciting and accessible way for the audience and combined text with physical objects, videos of the pteropods, and interviews with scientists. The finishing exhibit called Sea Change is beyond anything I could have imagined or designed alone.

How do you feel about it?

I am more proud of this output than I am any of my academic publications. Publications may have impact factors, but hopefully this exhibit will have real impact on real people who otherwise wouldn’t have known about the impact human activity is having on the oceans. I am passionate about communicating science across lots of different platforms, from live TV and YouTube documentaries to podcasts and school visits. This is a great example of what we can achieve when we work across disciplines, and it highlights the value that art and design can add to science. It also shows communication and collaboration with museums can help raise the impact of our science internationally.

On International Women's Day I had the chance to visit the exhibit. It felt like the perfect time to stand with fellow pteropod scientists Bryce Koester and Dr Jocelyn Sessa in front the exhibit based on our work. 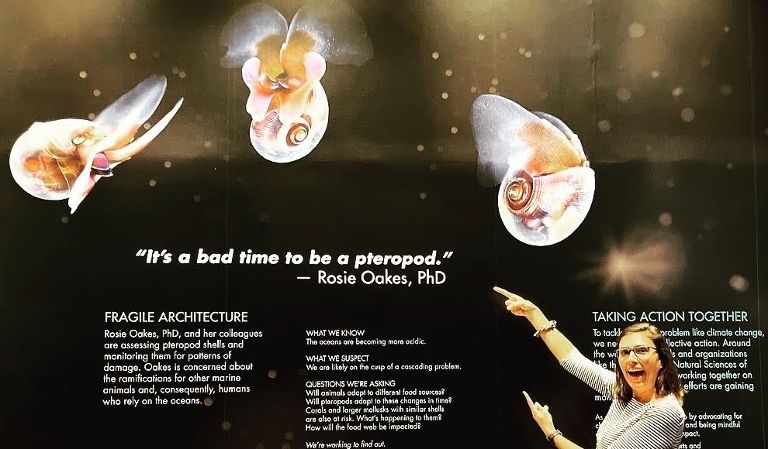 How were others involved?

The exhibit was focused on my PhD and postdoctoral work, but the Invertebrate Palaeontology group at the museum have continued to work on this group since I moved to the Met Office.

What can people do to help tackle climate change?

The key thing to remember is that ocean acidification is caused by increasing carbon dioxide in the atmosphere. If we want to help reduce this, we have to reduce our carbon emissions. Some ways I’ve been doing this is by cycling to work instead of driving, eating a more plant-based diet (since raising animals produces more carbon dioxide), and buying fewer things. We don’t all have to do the same thing, but we do all need to do something.

When is your exhibit on display?

The Sea Change exhibit went on display at The Academy of Natural Sciences of Drexel University in Philadelphia, Pennsylvania in autumn 2021, and will be up until at least May 2022. If you’re in the Philadelphia area, pop by and visit the exhibit. 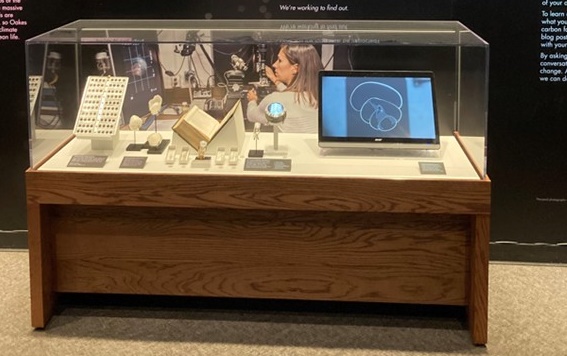