Nitrous oxide (N2O) and sulphur hexafluoride (SF6) are separated on three columns and measured on an electron capture detector (ECD).

Pre, main and post columns are used to separate SF6 from N2O and oxygen. If the entire air sample was allowed to reach the detector the oxygen peak would obscure the small SF6 peak. To prevent this oxygen is separated from N2O and SF6 on the pre-column and then vented out. The columns are then switched so SF6 and N2O are separated from each other on the main column. The post-column swaps the order in which SF6 and N2O elute so the smaller SF6 peak comes out first and is not obscured by N2O.

The ECD is selective to electronegative compounds, especially fluorinated compounds. The ECD works by placing a current across two voltages; when an electronegative species travels across this it produces a response in the detector. 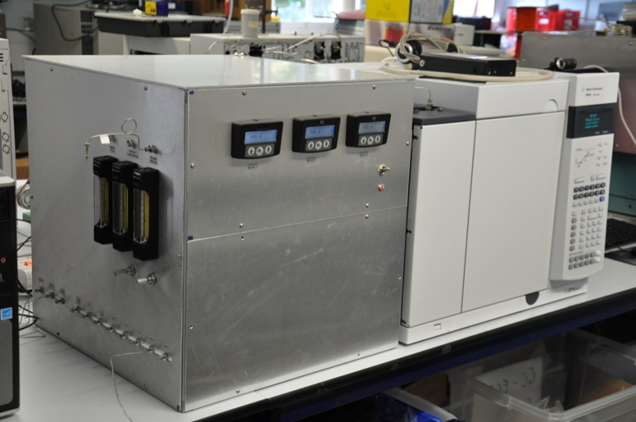