Mace Head atmospheric research station is situated on the west coast of Ireland.

Mace Head atmospheric research station (MHD) is situated on the west coast of Ireland at 53.327o N, 9.904o W. This site has been operational since 1975 and measuring atmospheric trace gases for the UK government since 1987. The trace gas measurements are run by Professor Simon O'Doherty at the University of Bristol and the site has been manned day-to-day by Gerry Spain from the National University of Ireland, Galway, for the last 20 years. Mace Head is also one of the eight global research stations in the AGAGE network.

This station performs numerous ambient air measurements as part of the AGAGE and the GAW networks. It is one of only a few clean background western European stations, thus providing an essential baseline input for inter-comparisons with continental Europe, whilst also acting as a baseline site representative of northern hemispheric air.

The figure below shows the average monthly wind distribution at Mace Head which highlights the site's prevailing winds from the west to southwest region. These prevailing winds bring clean background air to the site. Polluted European air masses as well as tropical maritime air masses cross the site periodically. This makes Mace Head uniquely positioned for resolving these air masses and for comparative studies of their constitution. 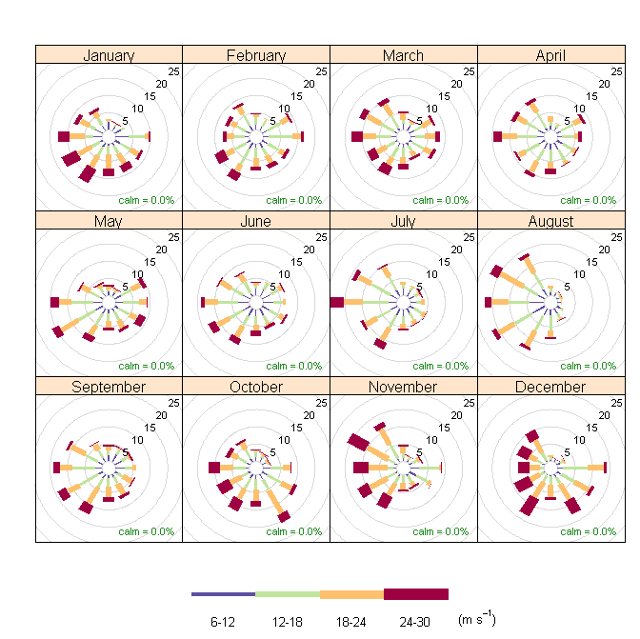