The IPCC Special Report on the Ocean and Cryosphere

Today (25 September 2019) sees the launch of a report detailing the latest science on how climate change will affect ocean, coastal, polar and mountain ecosystems, and the human communities that depend on them.

The Special Report on the Ocean and Cryosphere in a Changing Climate (SROCC) has been published by the Intergovernmental Panel on Climate Change (IPCC) and is the work of more than 100 scientists from over 30 countries.

The report explores past and future changes to oceans and ice. Since 1950:

These changes will continue until at least 2100 due to climate change. However, by reducing emissions of greenhouse gasses, the extent of these changes can be reduced. 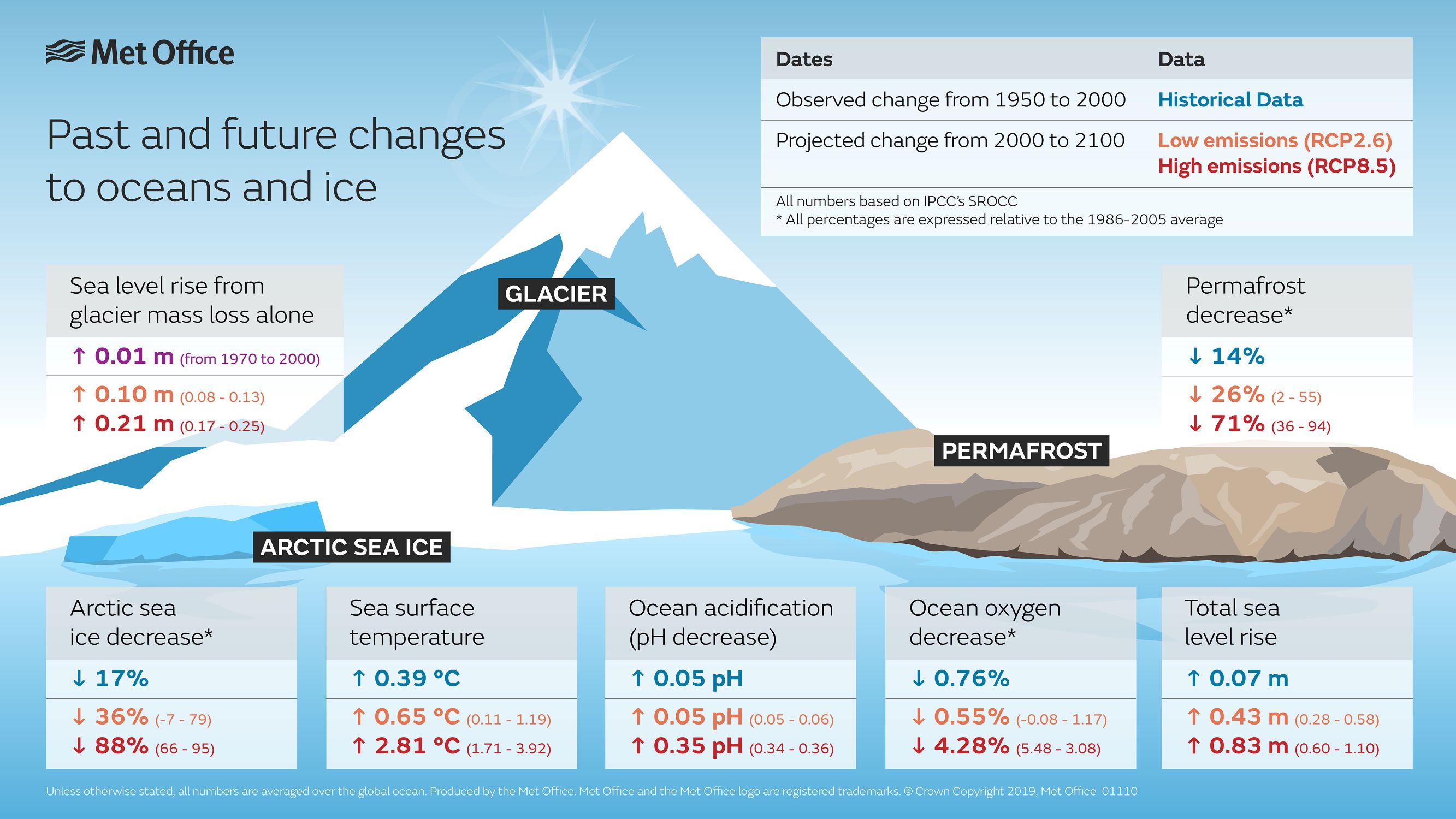 This report was released ahead of the IPCC's 6th Assessment Cycle report, AR6 (due from 2021), to give a more immediate update on the impacts of man-made climate change on oceans and cryosphere (frozen water such as snow, glaciers, and ice sheets).

As a key scientific contributor to the IPCC process, Met Office science – via papers, data and expertise – have been considered in the latest report.

To mark the launch of SROCC, the Met Office has produced three briefing notes on key areas featured in the report where we have contributed significant science advances:

This briefing note looks at what observations tell us about the influence of climate change on sea ice in the Arctic and Antarctic, as well as what science tells us about the future of the ice.

Sea levels are rising and research shows the rate of increase has accelerated in recent decades. Here we look at research on how much sea level rise we may see this century and further into the future.

This report looks at the threat climate change poses to the Atlantic Meridional Overturning Circulation (AMOC), which is vital for regulating global climate.