What is a waving front?

A waving front (or frontal wave) is a disturbance that runs along a cold front and slows its clearance, often bringing a longer period of wet weather.

What is a waving front?

Warm, cold and occluded fronts mark the boundary between different air masses. They’re almost always associated with an area of low pressure and bring cloud, rain and changes in temperature.

In your average depression, a warm front arrives first followed by a cold front. As the cold front moves through, we see clearing skies, the temperature drops and then showers follow later.

Sometimes the atmosphere will cause a disturbance along the cold front, causing it to kink and delay its normal clearance. This is called a “frontal wave” and is marked on a weather chart as a smaller section of warm front along a longer cold front. Instead of brightening skies, we end up with a prolonged spell of wet weather instead. 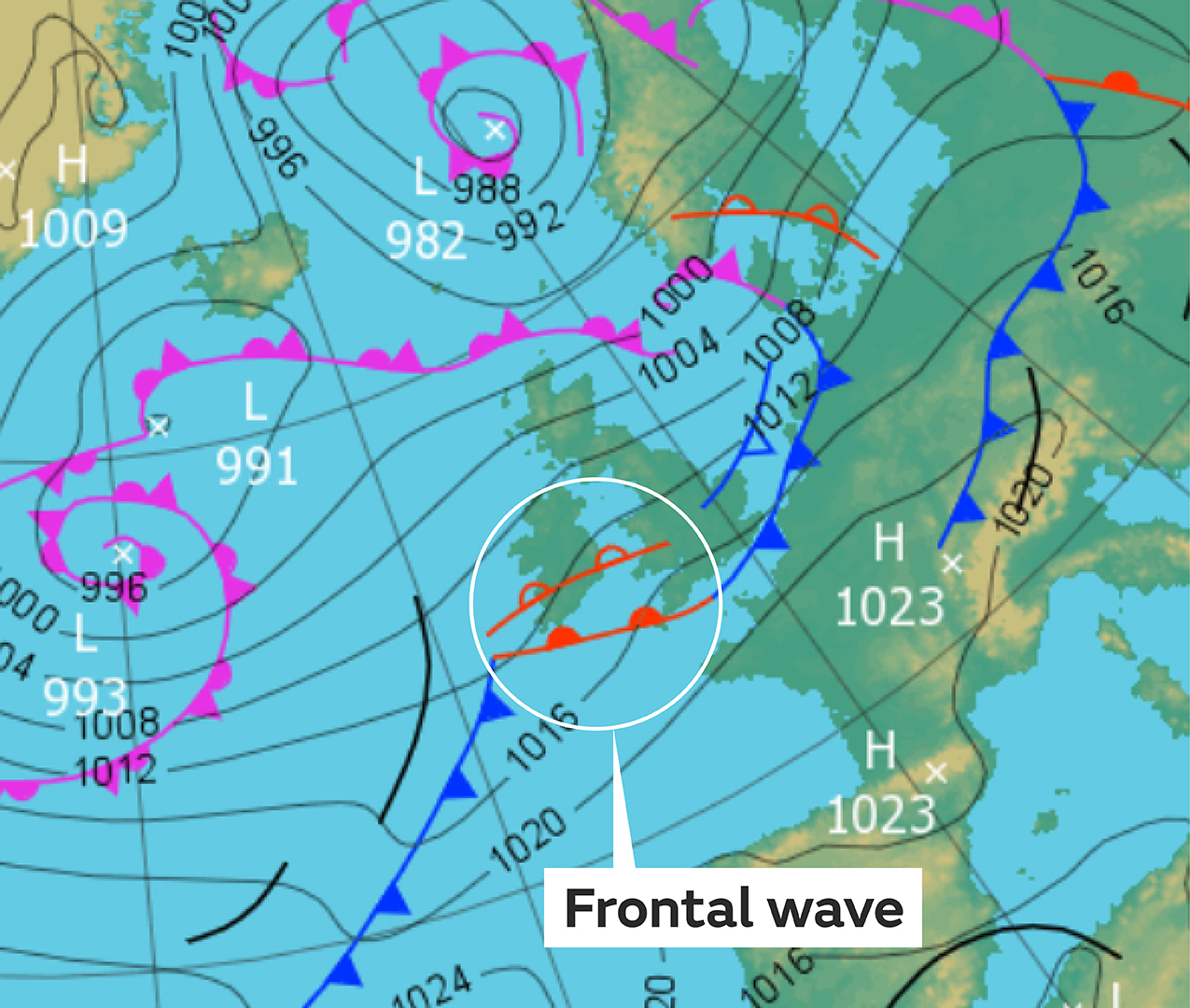 The wave ripples along the cold front in a similar way to an oscillation moving along a skipping rope that has been flicked up and down at just the right speed and tension. In some cases the warm front wave will interact with the jet stream, causing it to rotate and form a new area of low pressure.

Can you forecast a waving front?

Yes, and with improving computer models it is becoming easier, but warm front waves are difficult to forecast because they are relatively small-scale features and they need specific atmospheric conditions to form. They can also develop in a short space of time, which makes it hard for computer forecast models to spot.

Eventually though, even if the wave develops into a new depression, it will finally clear allowing the next weather pattern to take hold.