Named after the German mountain on which is was first noted, a Brocken spectre is a large shadow of an observer cast onto cloud or mist.

When an observer stands on a hill which is partially enveloped in mist and in such a position that their shadow is thrown on to the mist, they may get the illusion that the shadow is a person seen dimly through the mist. The illusion is that this person or 'spectre' is gigantic and at a considerable distance away from them.

The sun shining behind the observer projects their shadow through the mist, while the magnification of the shadow is an optical illusion which makes the shadow on nearby clouds seem at the same distance at faraway landmarks seen through the cloud.

Similarly, the shadow falls upon water droplets of varying distance which distorts perception and can make the shadow appear to move as the clouds vary and shift. This all combines to make the rather disorienting effect of a giant shadow moving in the distance. 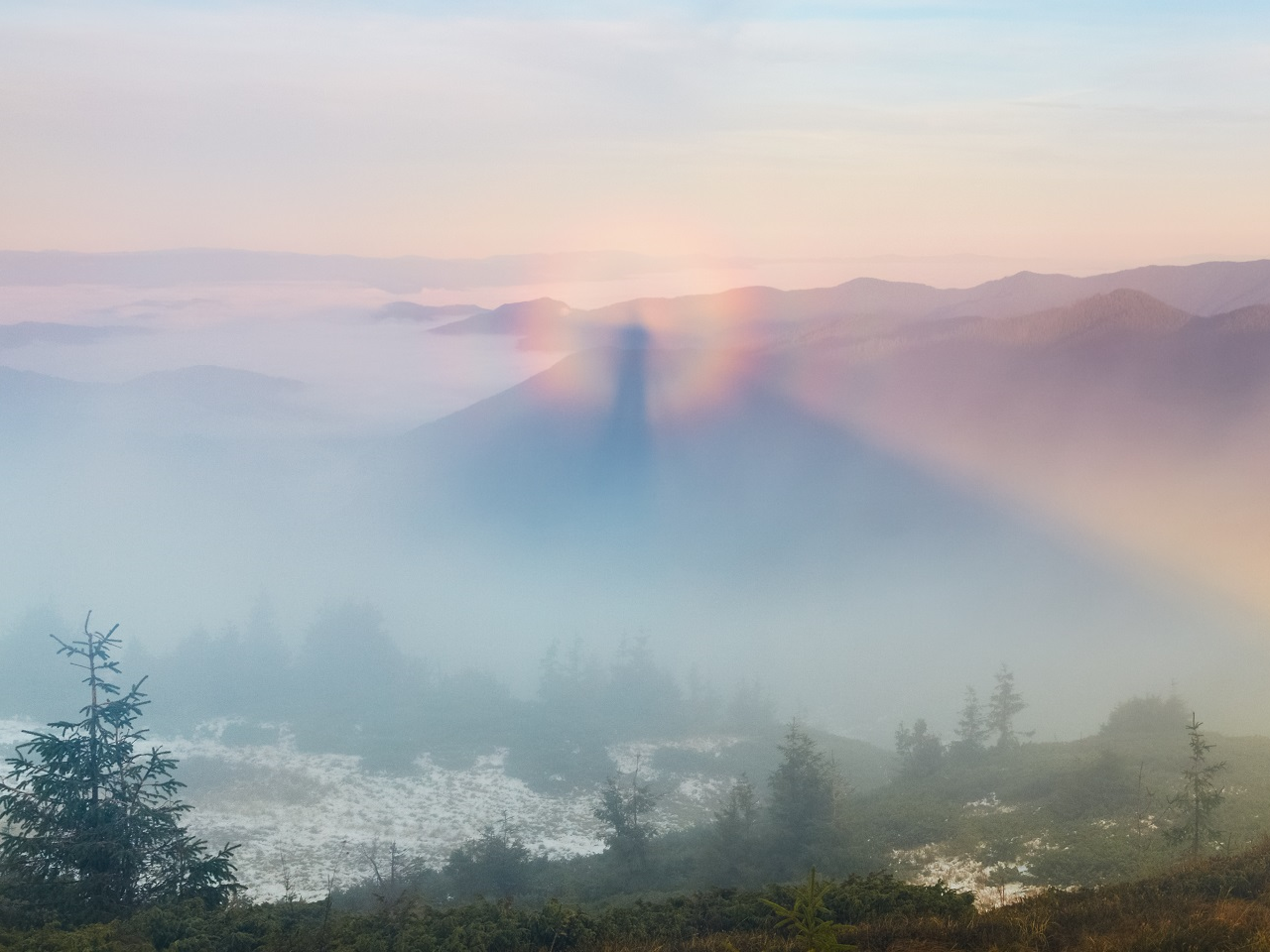 The term 'Brocken spectre' was coined in 1780 by Johann Silberschlag, a German pastor and natural scientist who frequented the Harz mountains. The term has been popularly used throughout literature, mentioned in works by Samuel Taylor Coleridge, Charles Dickens and Lewis Carroll amongst others.