Getting warnings of tropical cyclones out to the government, businesses and the public is critical to minimising the impacts of a tropical cyclone when it makes landfall.

Once a tropical depression has been identified, a series of forecast advisories, which detail the expected track and likely strength of the tropical cyclone, are broadcast. When there are definite indications that a tropical cyclone is approaching land, watches and warnings along coastal regions are raised, which aim to give information to the local authorities of places likely to be in the tropical cyclone's path, so that they can make preparations to protect public safety.

Specially designed shelters in which people can ride out the worst of the weather may have been built in advance. Coastal regions immediately in a tropical cyclone's path are particularly dangerous and people are usually advised to move away from these. In the USA, this can involve the mass evacuation of a million or more people. Warnings are broadcast on TV and radio. NOAA Weather radio is available on a variety of frequencies and gives up-to-date information and advice. There is also a lot of information on a variety of web sites, the most authoritative being those maintained by NOAA and the National Hurricane Center. 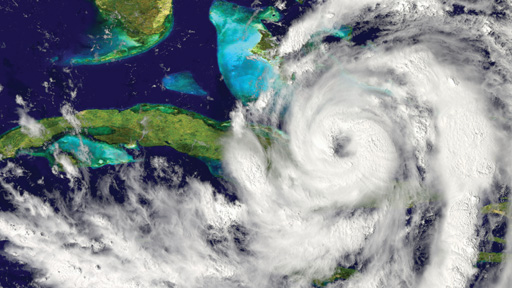