What are Lee Waves?

Lee waves are standing waves in the air that form downwind of a hill or mountain range as winds pass over them.

How are they formed?

In meteorology, a ‘standing wave’ is an air wave that is virtually stationary with respect to the Earth’s surface. Lee waves are a classic example and often occur in stable air when a temperature inversion sits just above a long hill or mountain barrier.

With air flowing at roughly right angles to the barrier, as the air moves over the mountain, it is forced upwards. When the air encounters the inversion, it is then deflected downwards. As the air is stable, it tries to return to its original level, so an oscillation is set up. With gravity being the restoring force, mountain waves can also be referred to as gravity waves. These wave motions can persist for tens or hundreds of miles downstream. This oscillating motion can bring stronger winds higher up in the atmosphere down to the surface, giving strong lee slope winds.

As air rises through the wave motion, it cools and forms a cloud that sits at each crest of the wave. This cloud has a unique lens-shaped appearance, sometimes resembling a stack of plates and has even been mistaken for a UFO! 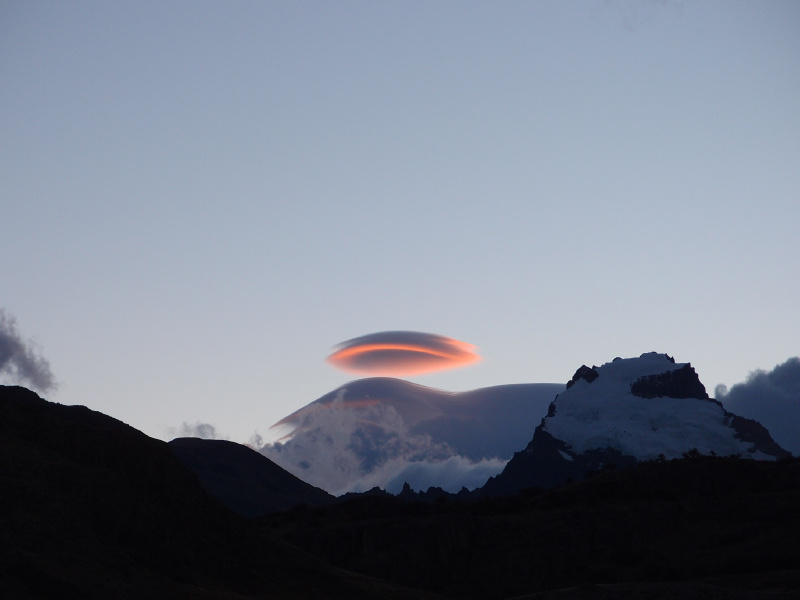 Lee waves can produce specific hazards, such as Rotors. These are turbulent rotating winds confined beneath a wave crest, sometimes visible by the formation of roll clouds. Rotors can cause impacts to aircraft due to gusty winds, crosswinds and severe turbulence, and are particularly prone at airports in the Falkland Islands and Gibraltar.