Top jobs for the garden in March

What is the average weather in March?

March is the first month of meteorological spring and it arrives with the prospect of warmer weather to come. However, although winter is behind us, March can still produce a flashback of frost or snow. Statistically, you’re more likely to see snow in March in some parts of the UK than December – the first month of winter.

For all the prospects of cold weather, the sun’s rays are gaining in strength as the sun rises ever higher in the sky along with an increasing day length from now until mid-summer. Along the latitude of London, there are two hours more daylight at the end of March than the beginning, and in Edinburgh you can add a further 20 minutes.

We look at averages using the 30-year average data from 1981-2010. Using this we can see changes in temperature, rainfall and sunshine hours in March.

In a typical March, we expect to see around 15 days of ground frost, and on an average of just over seven days we expect to temperatures to fall to 0 °C or below, creating an air frost. These figures vary across the UK with England expecting six days of air frost and Scotland usually seeing around 10 days of air frost. These figures are lower than equivalent figures for February, but frost is still a significant threat for gardeners.

Sunshine hours see a dramatic increase during March, when compared with February, with the UK on average seeing over 100 hours of sunshine in an average March, helping to warm soils. This compares to under 70 sunshine hours during February. With more sunshine and with the sun reaching higher in the sky, the sun’s influence on temperatures begins to have a far stronger effect, helping to lift the average maximum air temperature for the UK by over 2 °C to nearly 9 °C, when compared with February. The average maximum temperature for March approaches 10 °C in England.

March, on average, has marginally greater rainfall than February. England on average receives 64mm of rain, while Scotland receives more than double, on average, with 141mm.

Guy Barter is the RHS chief horticultural advisor. He said: “March is a mixed month with wintry weather of frost, hail and rain and towards the end of the month sunnier warmer weather. Windy, rain-free weather is ideal as this dries the soil and allows gardening to go ahead, but this is quite unusual. Winter tasks can be finished this month and spring activities become possible later.”

What should we be doing in the garden in March?

The change in weather will have a definite impact on the plants in the garden - here's the experts at the Royal Horticultural Society with their tips on what to do in the garden during March.

Although sowing seeds outdoors is still risky, raising seeds in a greenhouse or on a windowsill is becoming easier as light levels rise, and the resultant plants won’t get too big before outdoor weather arrives in late spring. The RHS has lots of advice on planting seeds.

2. March pruning: setting up roses for a summer flowering

Pruning roses is a classic March task but be sure to seek out the latest RHS advice on pruning roses before reaching for the secateurs.

Some plants - especially fruit, vegetables and roses - need feeding. It is good practice to wait until the soil is dry enough to walk on, but while there is still the prospect of rainfall to wash the fertiliser into the ground. Dry springs are quite common, and when these occur the fertiliser can sit uselessly on the surface for weeks. The RHS has advice on fertiliser application, but don’t forget to check the latest Met Office forecast. 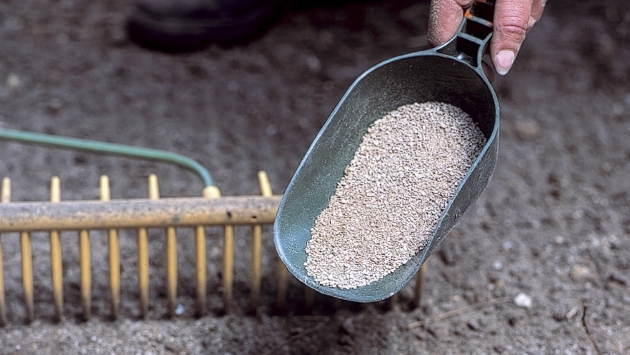 If the lawn dries out sufficiently it can spiked to let in air, and top-dressed with fertiliser as grass grows at lower temperatures than many plants.  Most treatments can also be applied if they were omitted last month. But await warmer weather next month before applying weedkillers as these work best when weeds are in active growth. Even more advice is available from the RHS.

5. When to prune evergreen shrubs

Pruning evergreen shrubs in winter is not best practice as the shrub has to survive with less foliage but with the same number of roots to support.  Pruned in March, evergreen shrubs can make use of the higher light levels and the warmer air of spring to grow new shoots and sustain the roots.  Check out the RHS advice page for further information. 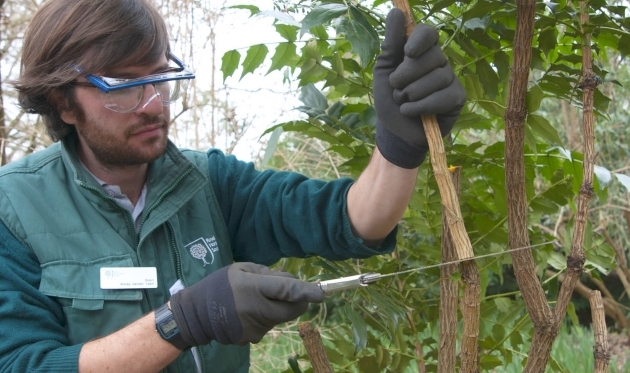