Storm Atiyah was the first named storm of the 2019-20 season and was named by Met Éireann on 6 December 2019. Wind warnings were issued for Ireland and the UK

Areas of low pressure developed across the North Atlantic over the weekend and moved to the north of the UK. A particularly strong zone of winds developed across western Ireland and pushed into Wales, southwest England and along the south coast of England through the evening of Sunday 8 December and into Monday 9 December.

This brought a gust of wind of 83 mph at The Needles on the Isle of Wight. Wind gusts of over 70 mph were also recorded around the coasts of Wales and southwest England with inland gusts of between 50-60 mph.

The strong winds were accompanied by heavy, squally showers with a mixture of rain, hail and some thunder.

The strong winds caused trees to fall down and led to power outages and some transport disruption during Monday morning (9 December).

Large waves were seen overtopping sea walls around many coastal parts of Wales and the southwest of England. There were also some reports of structural damage in Cornwall. 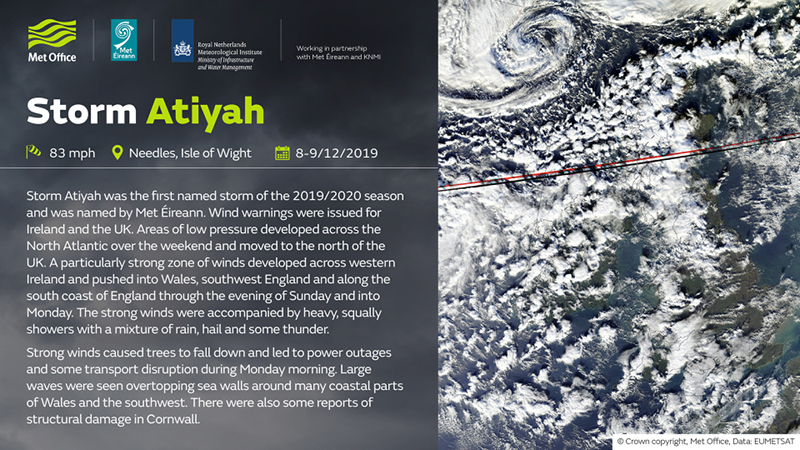