Storm Ciara swept across the whole of the UK on Sunday 9 bringing heavy rain and very strong winds. The strongest gust recorded was 97 mph at the Needles, Isle of Wight. However, there were widespread gusts of 70 - 80 mph even in less exposed, inland sites, with a squall band of rain bringing some intense thundery downpours, and strong, squally winds.

The highest rain totals were in parts of northwest England and North Wales. Honister Pass, Cumbria (an Environment Agency site) recorded 179.8 mm of rain over the weekend, with 177.0 mm of this coming in the 24 hours up to 16:00 on Sunday. There was widespread travel disruption as well as some localised flooding and trees being blown down. 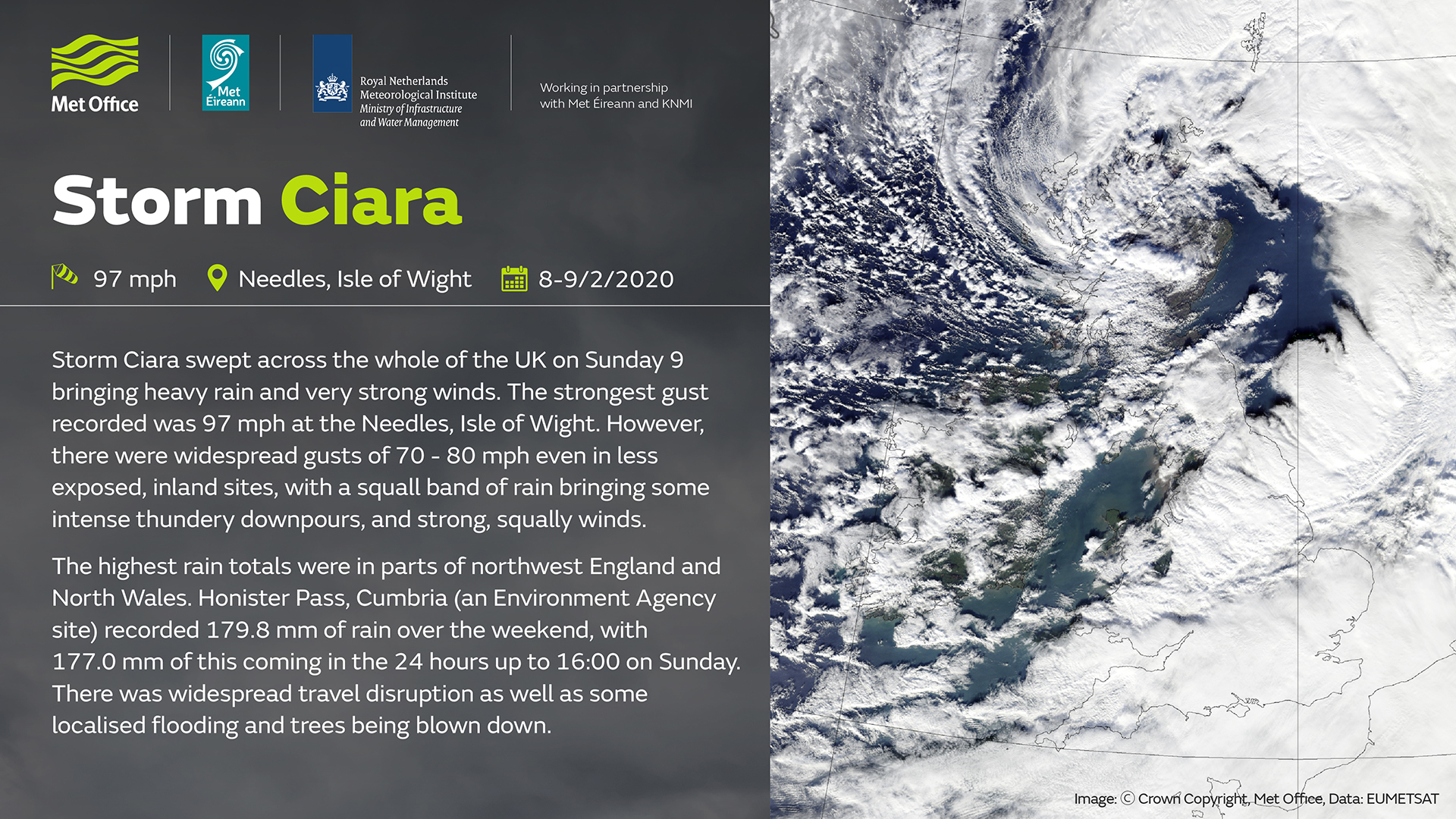