Storm Dennis impacted the UK on Saturday 15 and Sunday 16 February, just a week after Storm Ciara which also brought strong winds and heavy rain to the whole of the UK.

Rainfall totals from Storm Dennis caused the most significant impacts with flooding in parts of south Wales and England. Between midnight on the morning of Saturday 15 February and 10:00 on Monday 17 February a Natural Resources Wales site at Crai Resr in Powys. south Wales, recorded 157.6mm of rainfall. A number of locations recorded significant portions of their monthly average rainfall totals for the month.

The strongest wind gust was recorded at Aberdaron in north west Wales, where 91mph was recorded at 18:00 on Saturday. The winds were not confimed to the west, with gusts over 50mph recorded quite widely from Kent to Aberdeenshire. 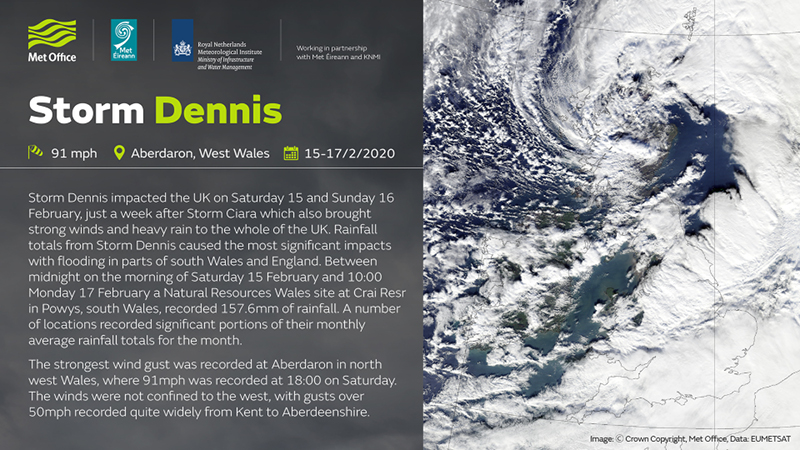