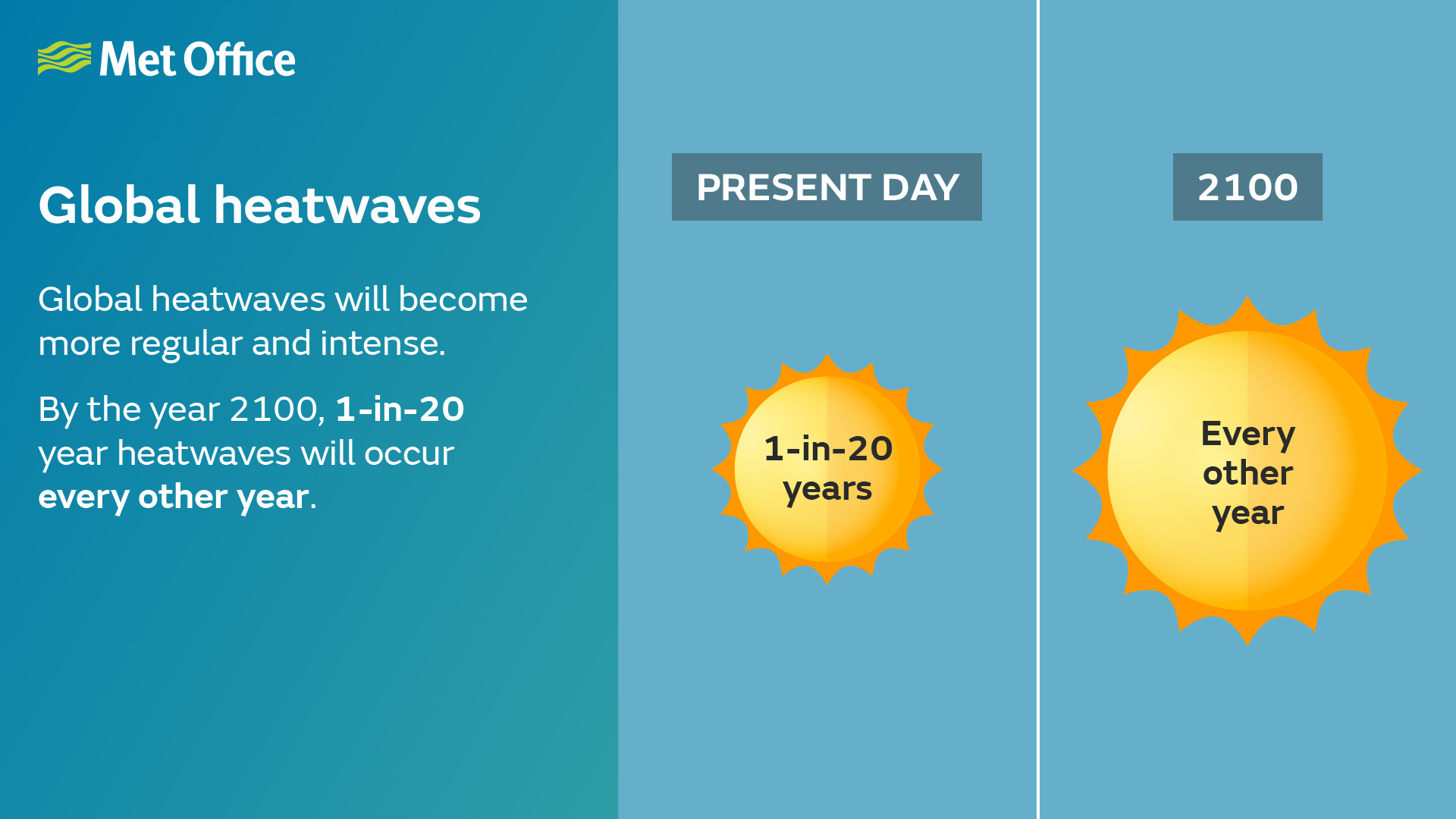 Extreme weather events such as heatwaves and floods impact all levels of society and can lead to large economic costs, population displacement and loss of life. This page outlines the latest research on whether we’re experiencing more heatwaves globally, whether they’re due to climate change and what we can expect in the future.

Have the number or intensity of heatwaves been increasing globally?

The latest Assessment Report from the Intergovernmental Panel on Climate Change (IPCC AR5 WG1) showed that, since 1950, the number of warm days and nights have increased globally. In addition, heatwaves in large parts of Europe, Asia and Australia have likely (>66% probability) increased since 1950.

Are these changes due to human activity?

IPCC AR5 WG1 stated it is very likely (more than 90% probability) that human activity has contributed to the observed changes in the frequency and intensity of daily temperature extremes globally since the mid-20th century.

The vast majority of studies that have explored human influence on individual heatwaves around the world have found a link. For example, the July 2017 heatwave in central-eastern China, which significantly decreased agricultural productivity and electricity and water supplies, is now 20 times more likely to occur in the present day compared to in a world without human greenhouse gas emissions. The annual Bulletin of the American Meteorological Society (BAMS) reports on attribution are the best source of information for this topic.

Are heatwaves expected to become more common in future?

IPCC AR5 WG1 said it was virtually certain (>99% probability) that, in most places, there will be more hot temperature extremes as global mean temper­atures increase. Under a high greenhouse gas emission scenario it is likely that, in most land regions, a current 20-year high temperature event will at least double in frequency or become an annual or 2-year event by the end of the 21st century.