Find out more about Earth’s energy budget and climate sensitivity

What is Earth’s energy budget?

The Earth receives huge amounts of energy every day in the form of sunlight. About a third of the sunlight is reflected back to space, by clouds, tiny particles called aerosols, and by bright surfaces such as snow and ice. The rest of the energy is absorbed by the atmosphere, ocean, land and ice. The Earth then emits energy back out to space in the form of thermal radiation. In a climate that was not warming or cooling, these energy flows would balance. Human activity has caused an imbalance in these energy flows, primarily through emissions of greenhouse gases and aerosol pollutants.

Increases in greenhouse gas levels have led to more of the thermal radiation emitted from the Earth’s surface being absorbed by the atmosphere, instead of flowing out to space. Increases in pollutants such as sulphur dioxide have increased the amount of aerosols in the atmosphere. This has led to more incoming sunlight being reflected away, both by the aerosols themselves and through the formation of more cloud drops, which causes the reflectivity of clouds to increase. Overall, the dominant effect is the warming of greenhouse gases that raise the surface temperature of the Earth and cause an accumulation of additional energy in the climate system. 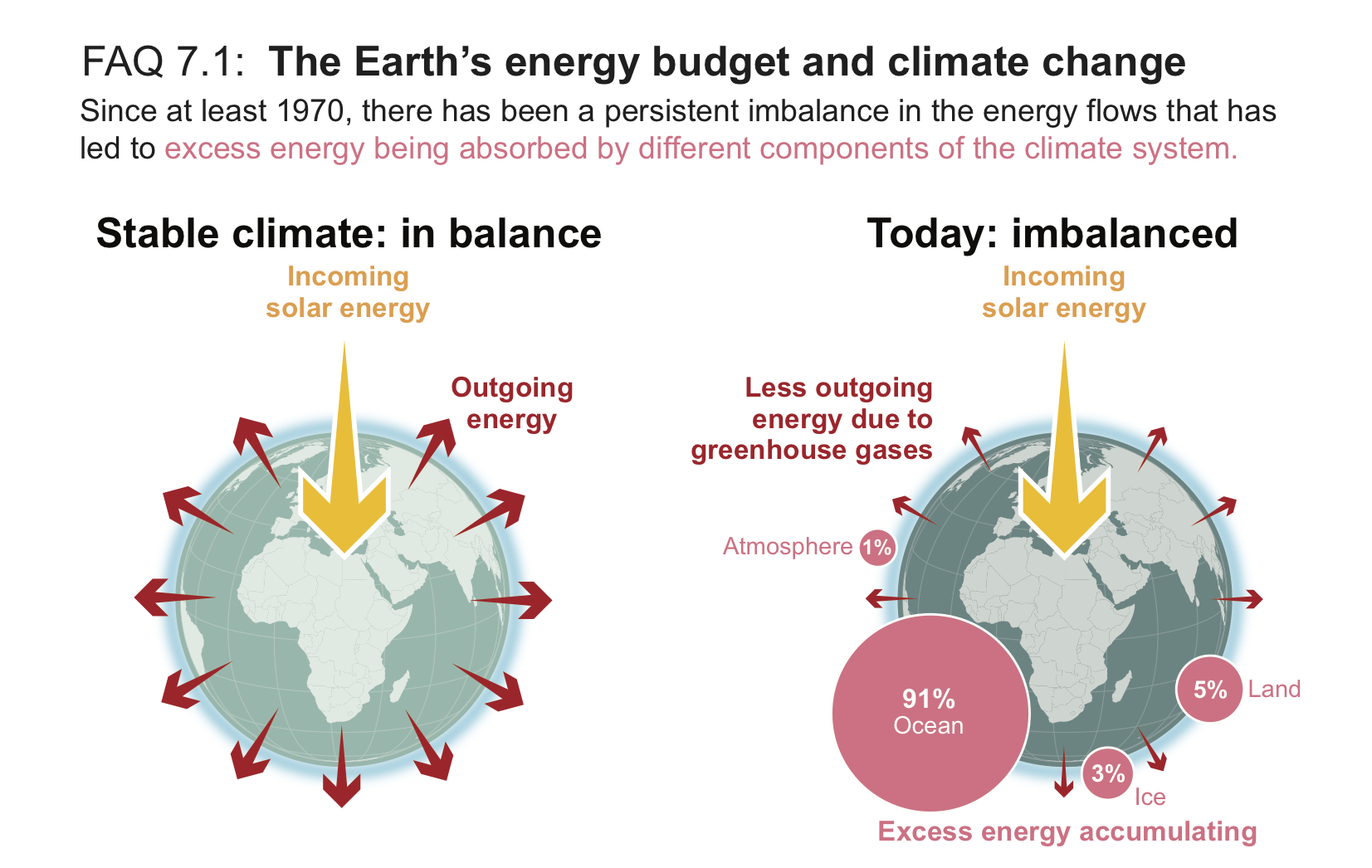 Figure 1: The Earth’s energy budget compares the flows of incoming and outgoing energy that are relevant for the climate system. Since at least the 1970s, less energy is flowing out than is flowing in, which leads to excess energy being absorbed by the ocean, land, ice and atmosphere, with the ocean absorbing 91%. From IPCC AR6: FAQ 7.1, Figure 1.

Where does the excess energy go?

Earth system observations of the atmosphere, land surface, oceans and ice-covered regions show that the excess energy since the 1970s has mainly gone into warming the ocean (91%), followed by the warming of land (5%) and the melting of ice sheets and glaciers (3%) (Figure 1). The atmosphere has warmed substantially since 1970, but because it is composed of a thin layer of gases it has absorbed only 1% of the excess energy. Confidence in our ability to measure these energy changes has been strengthened by improved understanding of the causes of sea-level rise. Measurements of the individual components of sea level rise - mostly from oceans expanding as they warm and loss of ice from glaciers and ice sheets - are consistent with independent measurements of the total sea level rise from tide gauges and satellites (Figure 2).

As the ocean has absorbed the vast majority of the excess energy, especially within its top 2000 m (Figure 2), the deep ocean is expected to continue to warm and expand for centuries to millennia to come, leading to long-term sea level rise – even if atmospheric greenhouse gas levels were to decline. This is in addition to the sea level rise expected from melting ice sheets and glaciers. However, the amount of long-term sea level rise, and the speed of that rise, will be greater under higher greenhouse gas emissions scenarios. 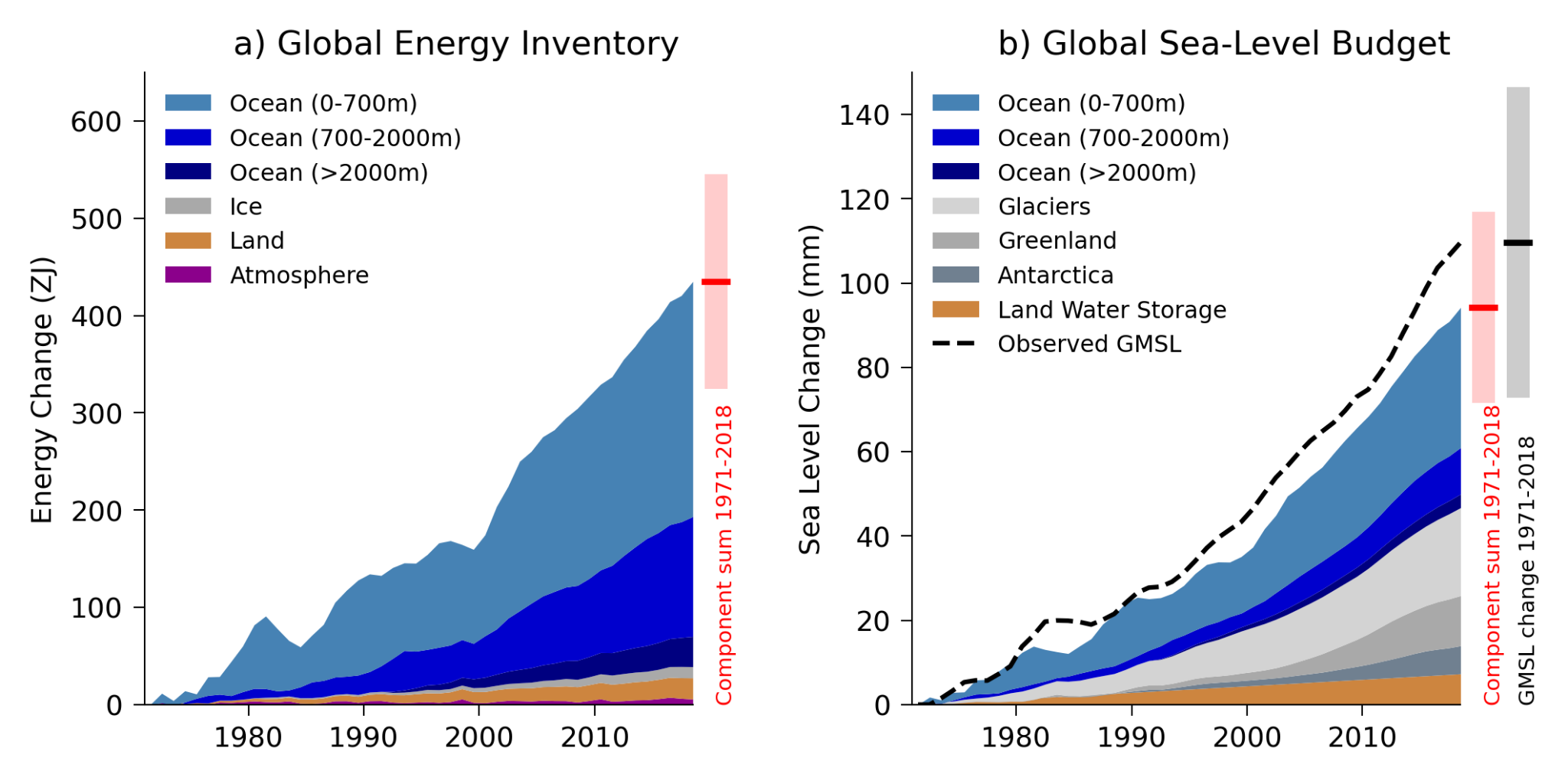 Figure 2 : Global Energy Inventory and Sea Level Budget. a) the contributions to the accumulation of energy in the climate system during the period 1971-2018. The red shaded bars show the uncertainty in the total energy gain; b) The contributions to global sea level rise during the period 1971-2018. The black dashed line shows an independent estimate of total sea level rise from tide gauge and satellite observations. The red and black shaded bars show the uncertainties associated with the total sea level change from the two observational estimates. From IPCC AR6: Cross-Chapter 9.1, Figure 1.

Do some climate models “run hot”? 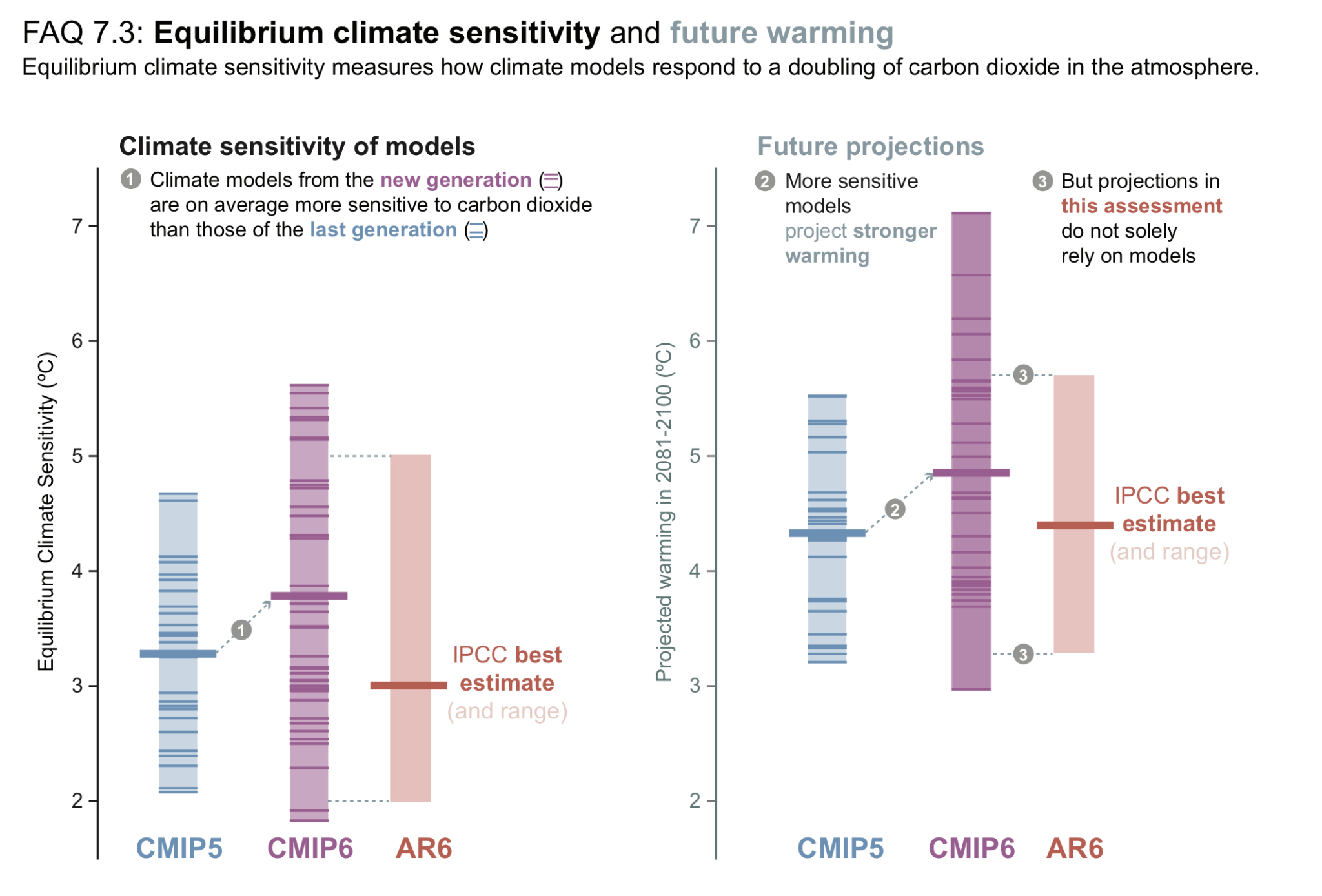