Past and future sea level rise 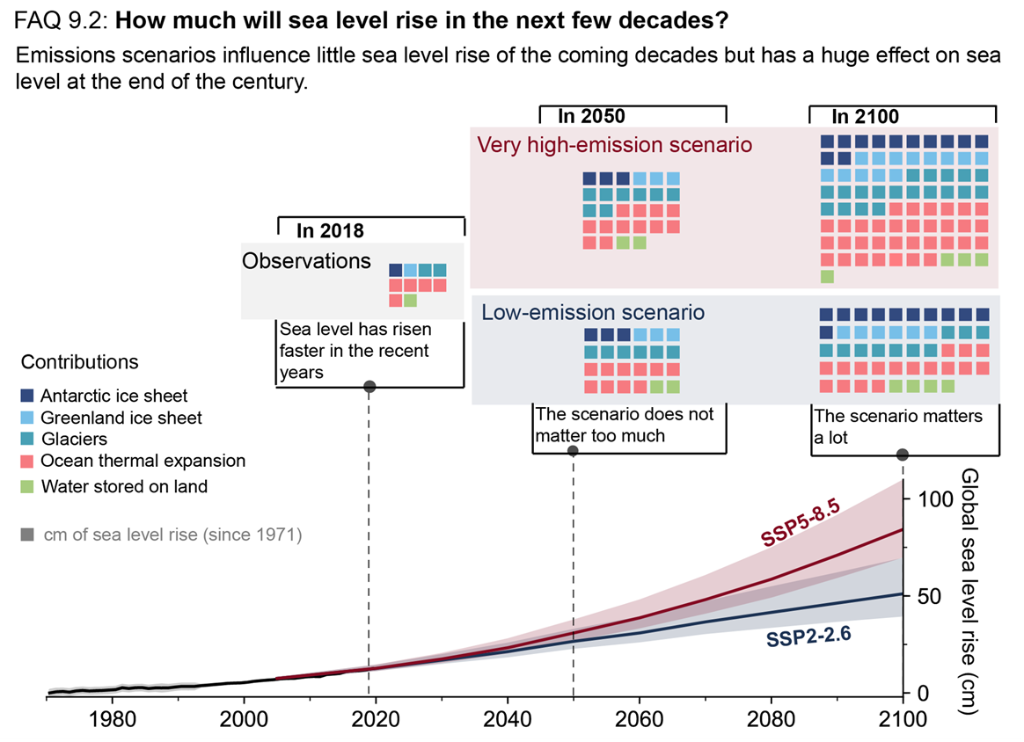 Figure 1 : Illustration of contributions to past and future sea level change. From IPCC AR6: FAQ 9.2.

What is a low-likelihood, high impact scenario for future sea level rise?

Many of the processes that lead to sea level rise are well-understood, such as the expansion of the ocean as it warms. However, key processes that determine the future rate of ice loss from the Greenland and Antarctic ice sheets are poorly understood, which leads to deep uncertainty in future projections. This means that scientists know there is a chance that we could see larger sea level rise than seen in the likely range projections, but they cannot currently quantify the likelihood of these outcomes. The uncertainty increases at higher levels of global warming (if warming is greater than we expect this century either because climate sensitivity is high or we follow a pathway of high emissions) because we may cross thresholds which mean that the evolution of the ice sheets is irreversible.

Taking the above into account, IPCC AR6 provides a low-likelihood, high impact storyline for possible global mean sea level rise (see figure 2). Storylines such as these should be interpreted as possible futures whose probability of occurrence is low or not well known, but if they did happen they could have a significant impact on society or ecosystems. This means that they can’t be ruled out and need to be considered as part of climate risk assessment and coastal decision-making.

For projections to 2300, the low likelihood, high impact scenario could lead to global mean sea level rise of up to about 15m. This storyline is based on possible widespread loss from the Antarctic ice sheet. Under this storyline, large ice loss from Antarctica would have an even larger impact on UK sea level rise. This highlights that we need to work with scientists around the world to better understand and monitor the Antarctic ice sheet. 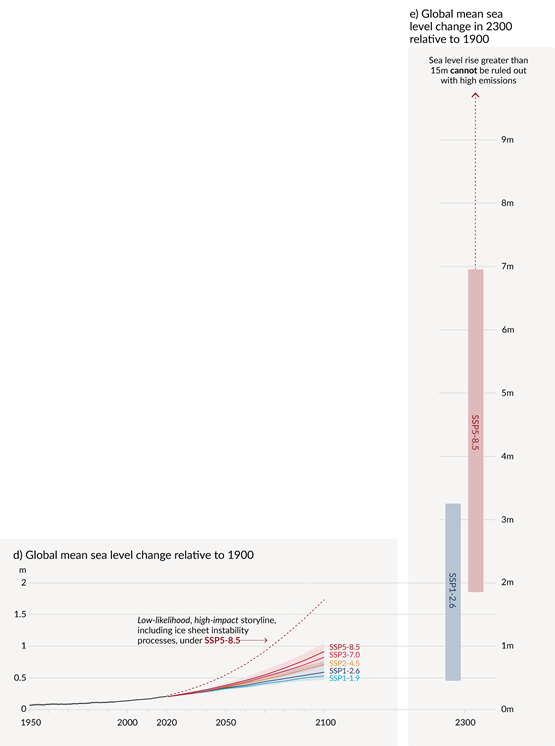