Different aspects of space weather have a variety of impacts on mankind and the technology we use.

The Met Office Space Weather Operations Centre (MOSWOC) uses numbered scales developed by the National Oceanic and Atmospheric Administration (NOAA). These scales are similar to those used to describe hurricanes or earthquakes and are used world-wide to classify space weather conditions and communicate the impact on people and systems.

We have developed a UK-specific impact scale to use in forecasts, alerts and warnings based on the 2013 Royal Academy of Engineering report on the impacts of extreme space weather on engineered systems and infrastructures specific to the UK.

The NOAA scales describe the level of disturbance and possible impacts for three types of space weather:

The level of impact depends on the technological systems in use. This varies widely across the globe. For example the UK power grid has much shorter and more highly connected transmission lines than those in North America so it is less susceptible to space weather.

The ionosphere is a dynamic part of the upper atmosphere which acts as a reflector for long range, high frequency communications (HF comms). During a solar flare the increase in radiation from the Sun causes the ionosphere to absorb rather than reflect signals, disrupting communications systems on the sun-lit side of the Earth. The Sun may also emit radio bursts at multiple wavelengths causing various problems for communication and navigation systems. Even during periods of quiet solar activity, turbulence in the ionosphere can result in a scattering of electromagnetic waves disrupting navigation systems like Global Navigation Satellite Systems (GNSS) or Global Positioning System (GPS) and radio bands up to the GHz frequencies. These are referred to as radio blackouts. 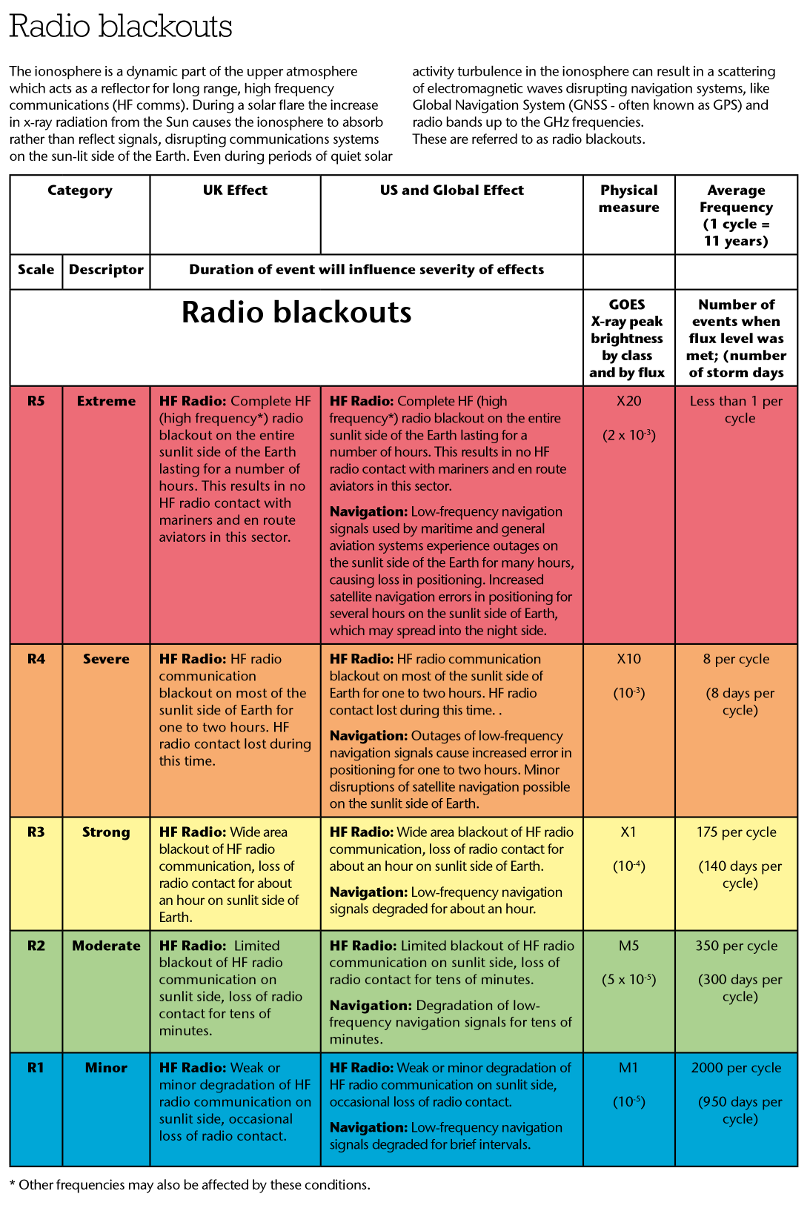 Geomagnetic storms are large disturbances in the Earth's magnetic field caused by changes in the solar wind and interplanetary magnetic field (IMF) structure. These changes in the solar wind arise from disturbances on the sun, such as in powerful coronal mass ejections (CMEs). Their effect can be felt for a number of days. With the right magnetic configuration, and increases in solar wind speed and density, large amounts of energy can be transferred into the Earth's geomagnetic system. The effect of geomagnetic storms can result in impacts to power systems, spacecraft operations and other communications systems such as GNSS/GPS or HF comms. 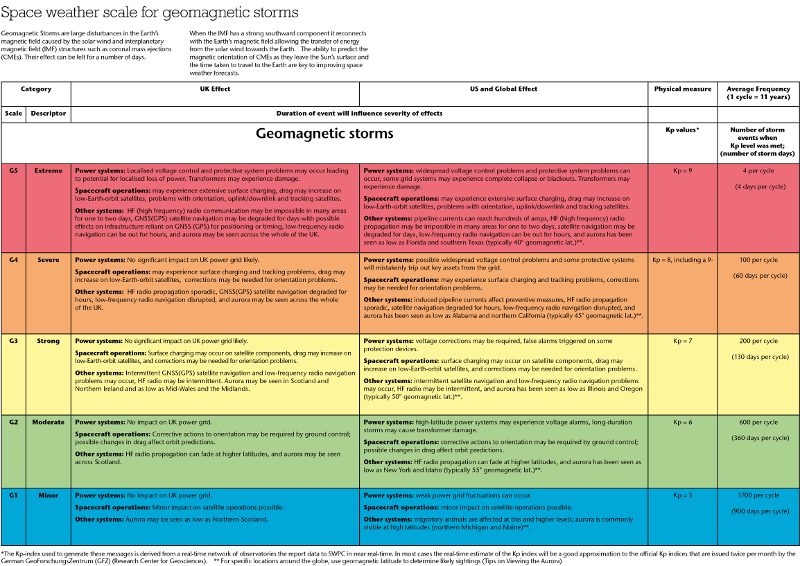 In association with large solar flares, solar radiation storms may also occur. These storms, consisting of very high energy protons, primarily impact polar regions. This is called polar cap absorption and their main affect is to degrade HF comms in these regions.

In space astronauts and satellites can be exposed to increased levels of radiation. Whilst extra-vehicular activity (space walks) can be avoided during a solar storm, satellites could be exposed to excessive and damaging radiation levels. For instance, solar panels can be degraded reducing the life expectancy of the satellite, surface charging can damage the electronics and radiation can result in errors within computer systems.

Although the atmosphere provides a significant level of protection charging and radiation from space weather events have been shown to occasionally impact ground based systems as well. Similarly aircraft, crews and passengers on high latitude polar routes may on very rare occasions, be exposed to elevated radiation levels. 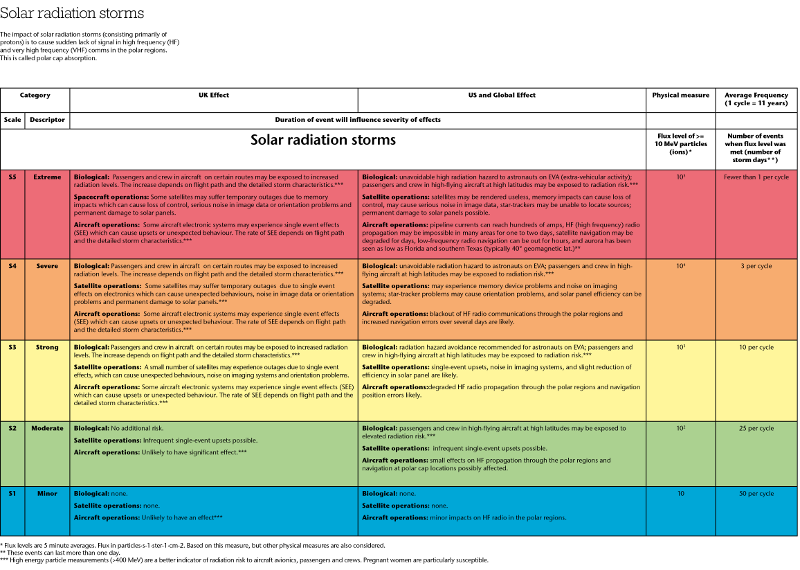