Blocks are areas of high pressure that remain nearly stationary and distort the usual eastward progression of pressure systems.

What is "blocked weather"?

Usually, weather fronts (which bring rain) move from west to east across the UK, but sometimes they can stay where they are, or even go from east to west, and this is usually due to a 'block'. This just means that a big area of high pressure is remaining almost stationary over the same area for a long time. The high pressure can stop weather fronts moving past it, so that they skirt around the edges, or stay where they are for an extended period.

In terms of the weather you will get, this means that under the high pressure the weather will remain mainly dry and settled for a few days or perhaps weeks. However, if you are in the area where the weather fronts are, you are likely to get wet and windy weather for a long time.

How does the weather become blocked?

As the jet stream is driven by a temperature difference, it will be weaker if the difference is small. Sometimes the jet stream’s flow buckles and an area can become separated and almost break off, taking low pressure with it and weakening its west to east movement. Another thing that changes the jet stream is something called a Sudden Stratospheric Warming. This alters our prevailing wind direction and can sometimes bring us easterly winds with high pressure sitting to the east of the UK. However blocking patterns form, large areas of high pressure can become quite stubborn and difficult to move once established.

What are the main types of blocking?

There are two types of blocks; an Omega Block and a Diffluent Block, and are most common in spring. Exceptionally they can persist for months around mid-summer, like in 1976, or mid-winter, like in 1963.

Omega blocks are named due to pattern they form which resembles the uppercase Greek letter omega, Ω. An area of high pressure will be sandwiched in between two lows to the east and west, and also slightly to the south. These blocks frequently occur on the eastern edges of the Atlantic and eastern Pacific, and can lead to easterly flows to the UK. 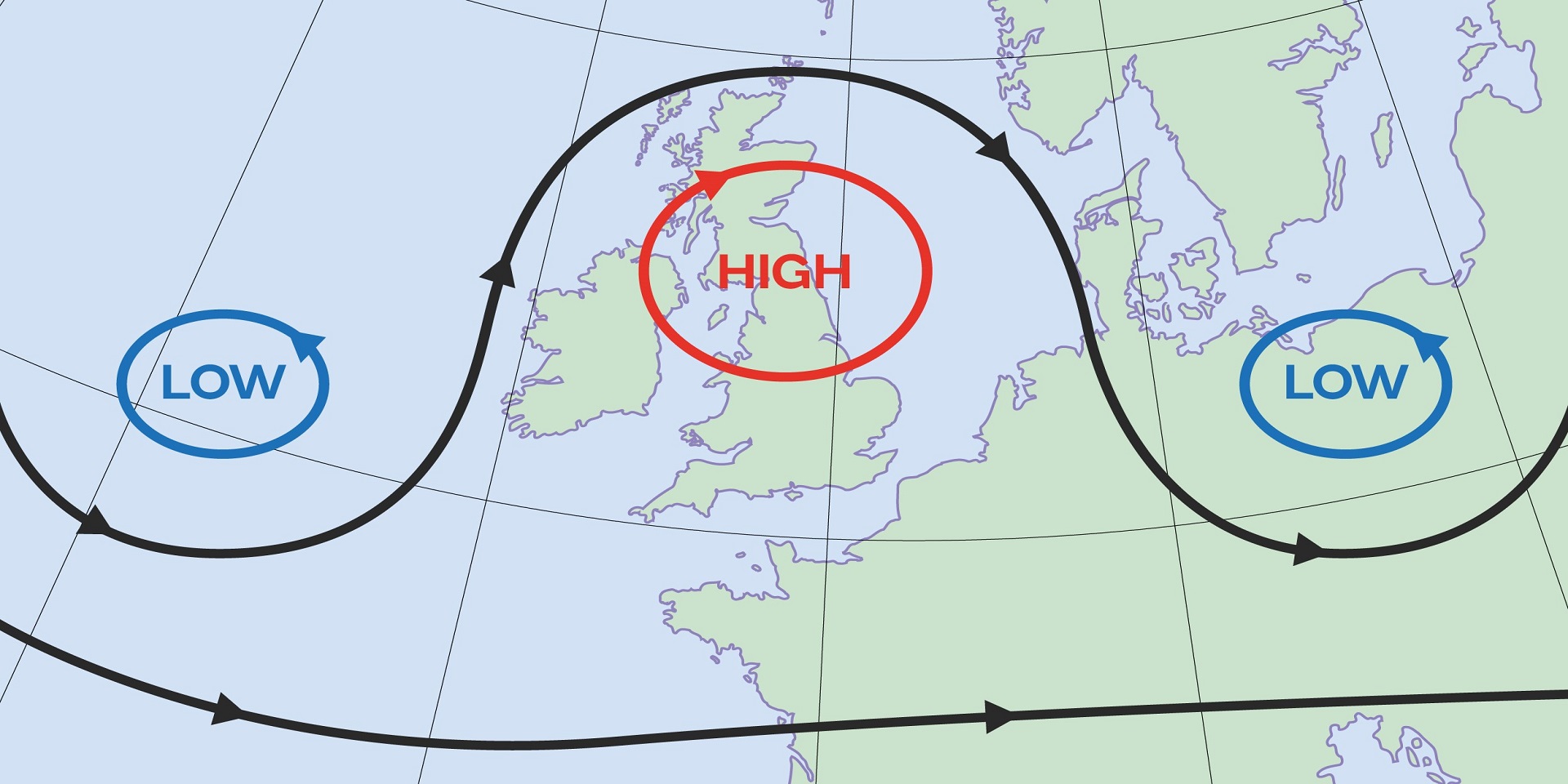 A split in the eastwards flow can lead to a Diffluent Block. Examples with a closed high centre to the north of a closed low centre in the south are more likely to last for a prolonged period of time. 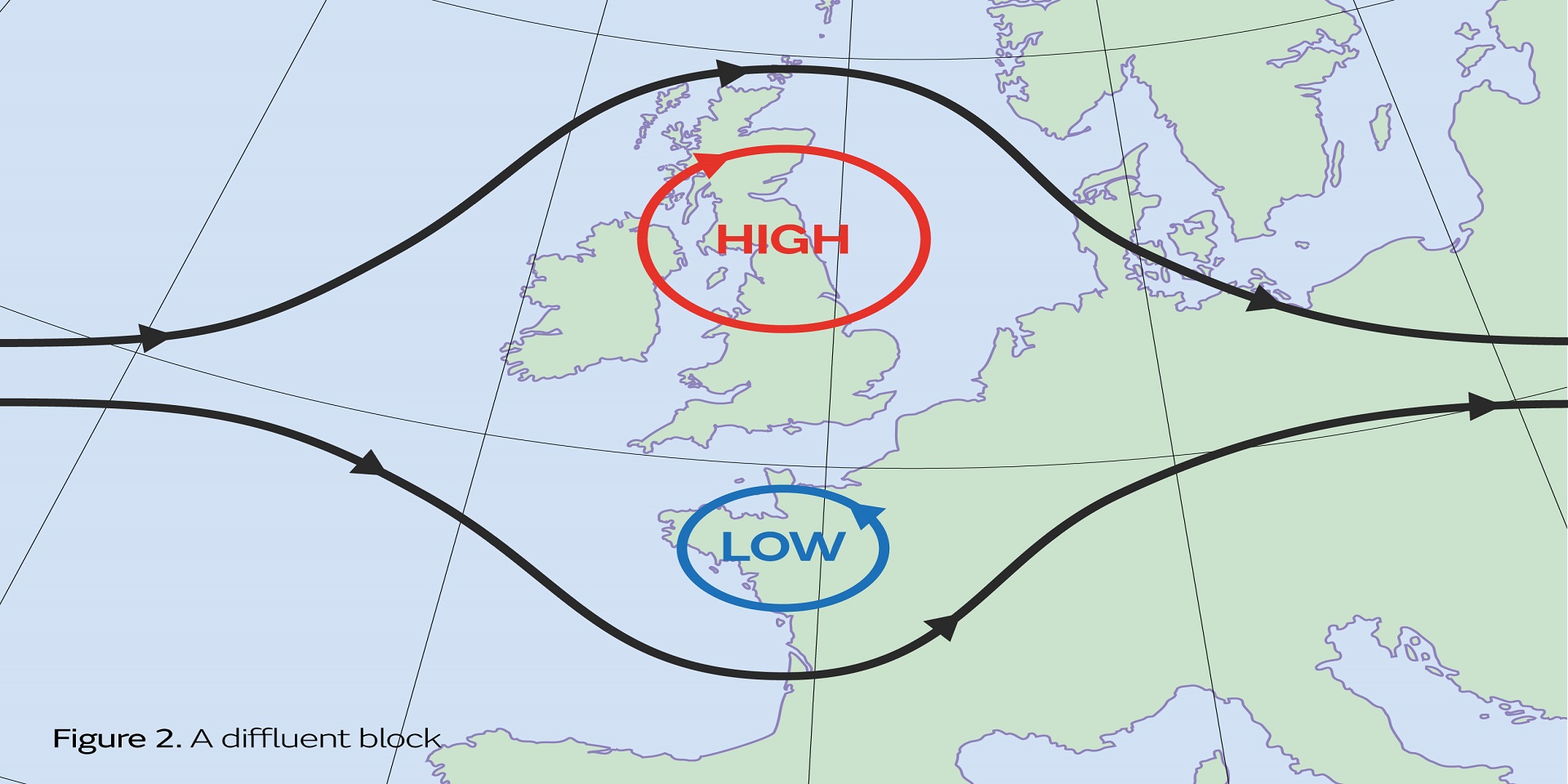