1.    It starts at different times

Spring can start at different times, depending on who you ask. Looking at the astronomical calendar the first day of spring is 20 March. The Phenological method records dates of reoccurring natural phenomena such as flowering. For meteorologists, spring starts on 1 March and runs until 31 May.

Many people say you're more likely to see snow at Easter than at Christmas. This is borne out of statistics to some extent - snow or sleet falls on average 3.9 days in December, compared to 4.2 days in March. However, because Easter is a 'moveable feast', it can also take place in April, which has only 2.3 days of snow or sleet fall. So it depends on exactly when Easter falls in any given year.

The warmest spring on record was 2011 with an average daytime temperature of 9.2 °C.

The average mean temperature for spring is 7.7 °C.

Sense of smell can be more acute in spring as there is usually more moisture in the air.

Spring is often associated with the start of the pollen season. However, some pollen types can release as early as January. You can find out more on in the infographic below: 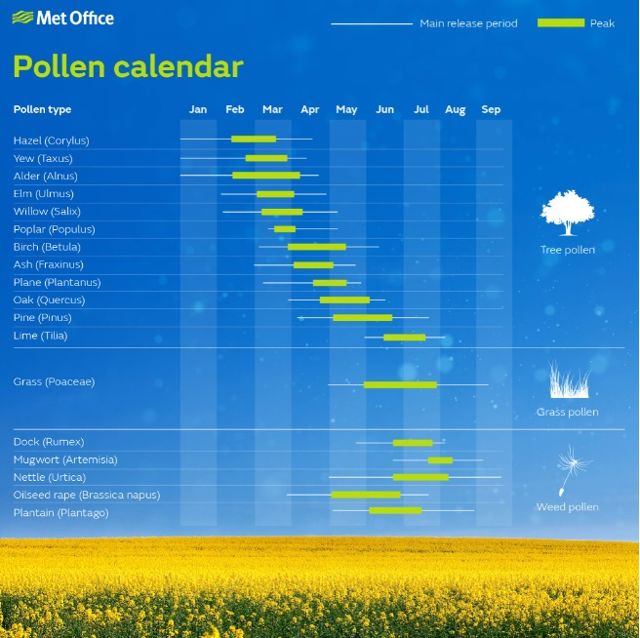 The sunniest spring was in 1948, in which a total of 558 sunshine hours were recorded.