Freezing rain is a rare type of liquid precipitation that strikes a cold surface, and freezes almost instantly.

The conditions needed for freezing rain are quite specific and we don’t see this phenomenon very often in the UK. It can produce striking effects, as the rain drop spreads out momentarily across the surface before it freezes, encasing the surface in a layer of clear ice. 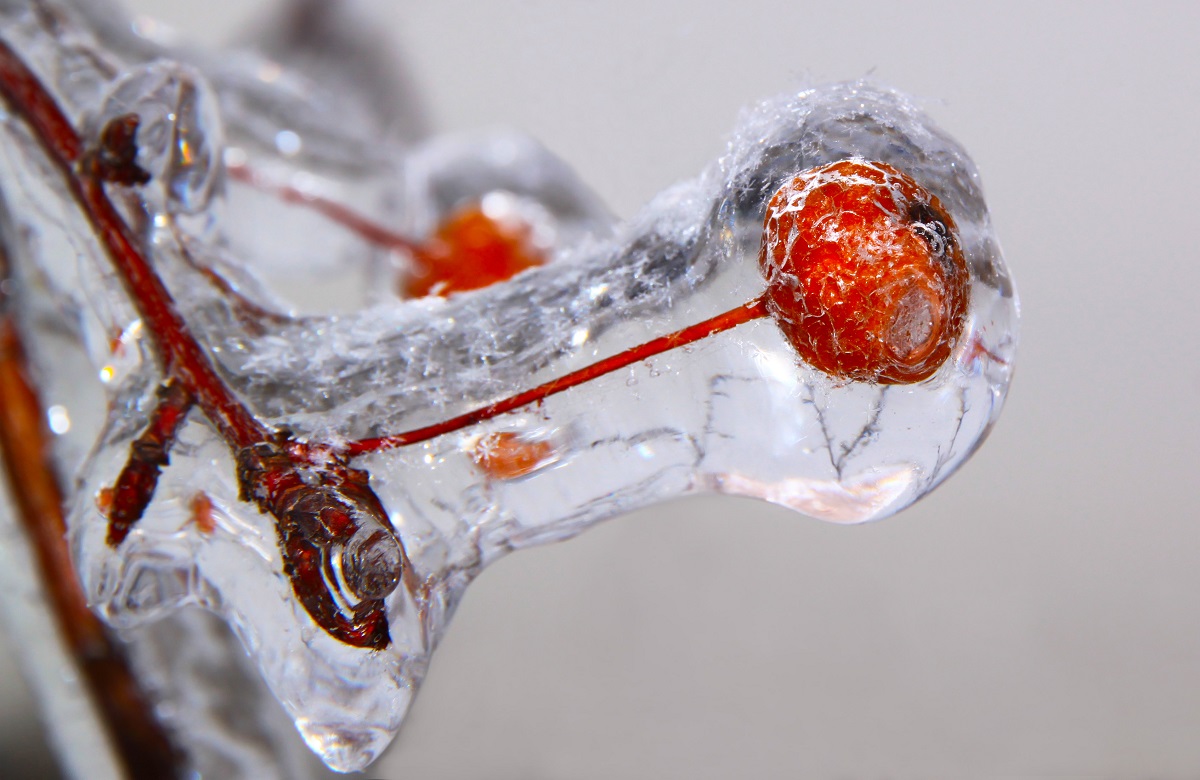 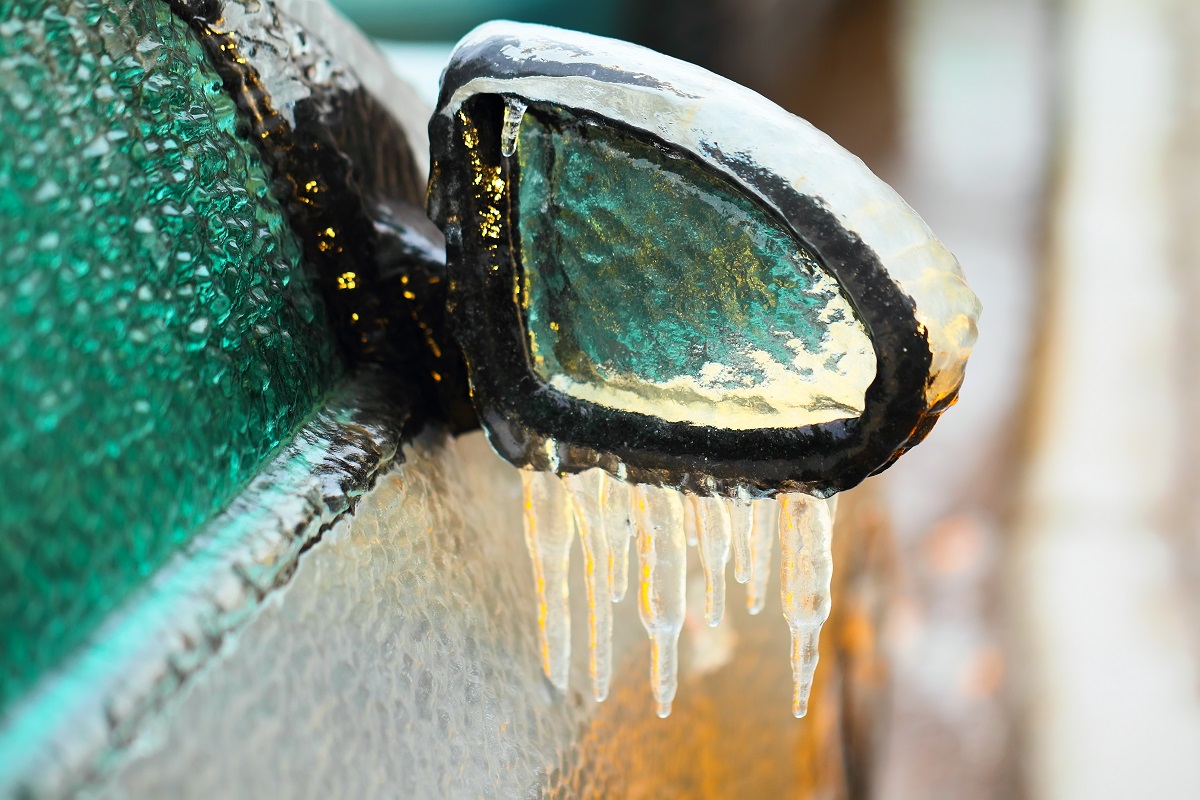 However, it is not just these eye-catching scenes which the freezing rain can bring; the weight of the ice can sometimes be heavy enough to bring down trees and power lines, and the glaze of ice on the ground effectively turns roads and pathways into an ice rink. The freezing rain can also prove extremely hazardous for aircraft.

Freezing rain is more common in other parts of the world, for example in the USA, where weather systems produce a lot of freezing rain. These are called ice storms, and if enough glaze collects on trees or power lines, the weight of the ice can cause them to break and can result in disruption on a large scale.

How does freezing rain form?

Very often, precipitation first falls from a cloud as snow (when it is cold enough high up where the cloud is). If it falls through warmer air before reaching the ground, it can melt and turn to rain droplets.

On rare occasions, if it then falls through cold air again just before hitting the ground, the droplets can become ‘supercooled’ and this means that they are still falling in liquid form, even though their temperature has fallen below zero. When this ‘supercooled’ droplet hits the ground (which is below zero too) it spreads out a little on landing, and then instantly freezes, encasing the surface in a layer of clear ice. This is why it is called freezing rain.

How does the droplet become supercooled?

We all know that water freezes at 0 °C but in the same way that raindrops need a nucleus (microscopic particles of dust or dirt) to form around, water droplets can only freeze around an ice nucleus. However, it is possible that water droplets can exist several degrees below zero and remain in liquid form without a nucleus. This is when they are supercooled.

Supercooled water droplets occur in clouds a lot of the time, especially in winter, and they form a very important role in the way that rain forms.

Freezing rain tends to start its life as snow, ice, sleet or hail, but passes through a layer of air that’s above 0 °C on the way down to the ground, melting into a liquid water droplet. If these droplets then fall through a zone of sub-zero air just above the ground, they become supercooled. When these supercooled droplets strike surfaces that are close to or below freezing, they freeze on impact forming a glaze of ice.