How is climate linked to extreme weather?

Extreme weather events have severe impacts on society and ecosystems in our current climate, and pose an increasing threat as climate changes

The number of extreme events which cause loss in any given year is affected by both changing human factors, such as growing population and increasing infrastructure, as well as natural variability of the climate. In addition, there is evidence that the frequency of some types of extremes have changed – particularly warm temperature extremes and heavy rainfall events. There has also been a decrease in cold extremes. 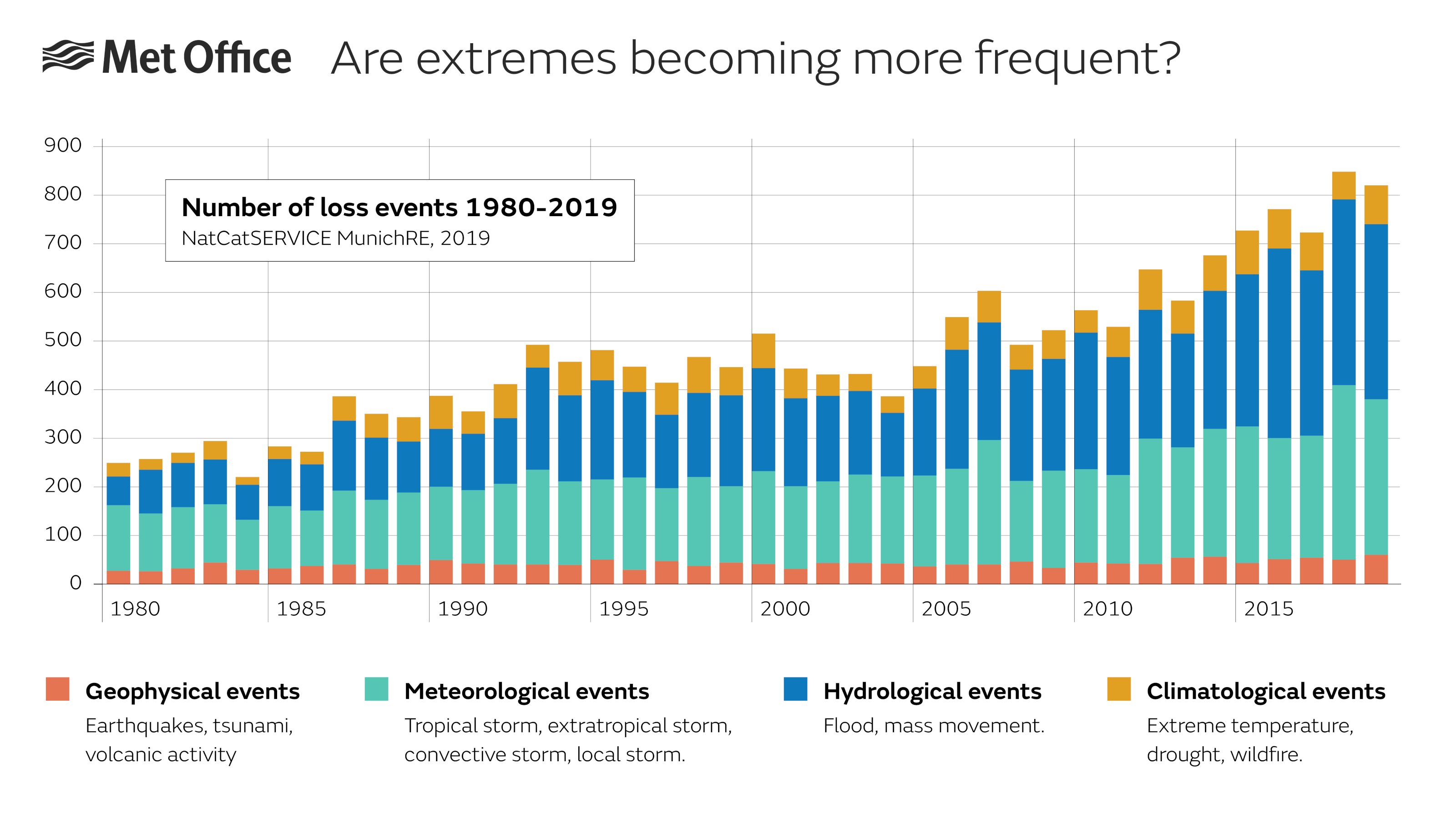 This graph from Munich RE shows events causing loss are becoming more frequent.

The Intergovernmental Panel on Climate Change Fifth Assessment Report (2014) showed that changes in many extreme weather and climate events have been observed since about 1950. There is evidence of a human contribution to changes in temperature extremes, heavy rainfall events, and an increase in extreme high sea levels in a number of regions. Attribution science is adding to this evidence all the time. This rapidly developing area of science looks to understand whether human influence on the climate contributed to extreme events by making them more likely or more severe. Each year, the Bulletin of the American Meteorological Society publishes a report evaluating extreme events worldwide of the previous year in the context of climate change.

Scientists have published more than 150 attribution studies looking at weather events around the world: