What is the difference between rain and showers?

Weather forecasts often refer to either rain or showers, but did you know they often give a very different 'feel' to the day?

Showers imply the weather will change a lot during the day with rain on and off, whereas rain will bring continuous wet weather for hours at a time, and then it will clear.

While showers are technically a type of rain, they usually fall from individual clouds you can see in the sky so the rain will be on and off, with gaps of drier and brighter weather in between. It is quite hit and miss where they occur, and this means that you could get heavy showers on and off through the day, whereas in the next town their weather stays dry all day (see picture below). 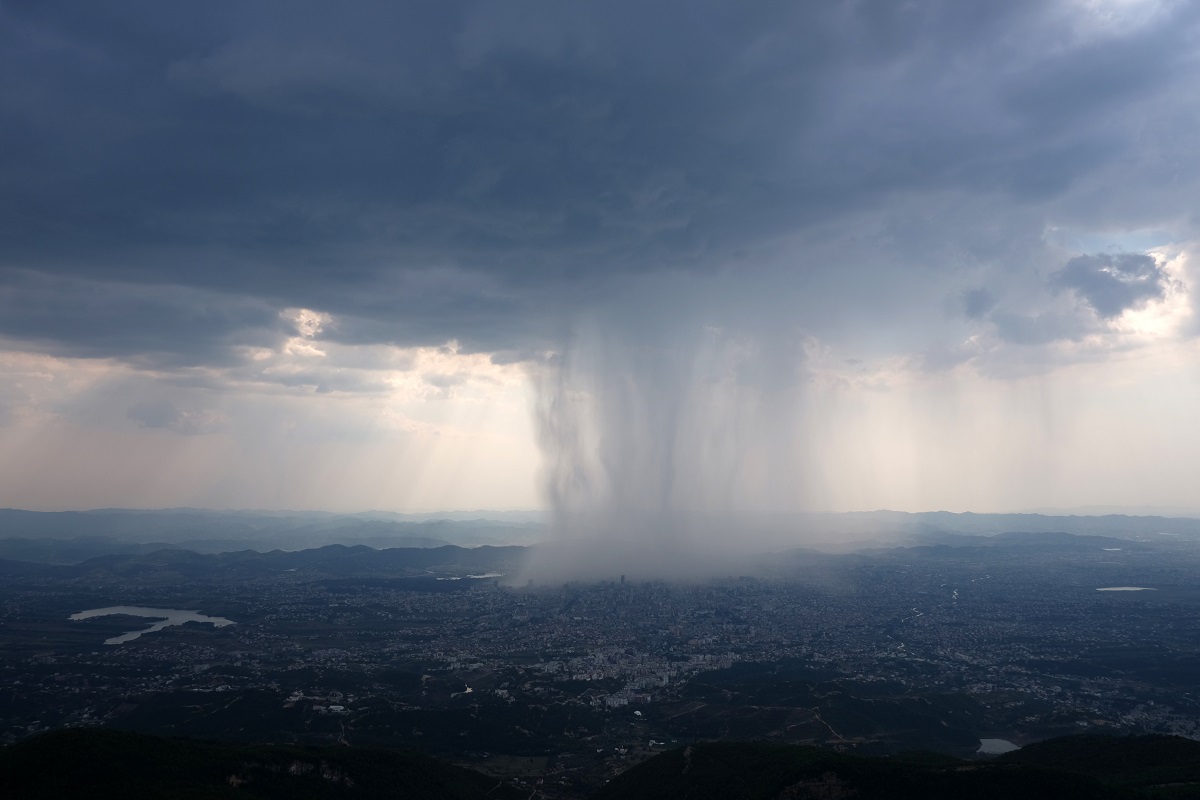 On any day with a shower in the forecast, it is usually best to prepare to get rained on, even if it looks bright outside. On some days there will be frequent showers, on other days you may just catch one brief shower and then it stays dry the rest of the day.

When a weather front brings rain, it will usually bring continuously grey skies, with rain falling through a large portion of the day. In these situations, weather forecasters tend to use the terms 'persistent rain' or 'prolonged rainfall'.

The key differences relate to the types of cloud that lead to their formation and the resulting difference in the duration and intensities of the downpours.

The difference between showers and rain becomes readily apparent when we take a top-down look at the weather map. In the examples below, the difference is evident in a large organised band of rainfall moving across the UK, and isolated showers spouting up and disappearing across Scotland.

We also distinguish between the two in our forecasts with different symbols referencing showers or rain as in the table below:

A difference in size and duration

What we usually mean when referring to 'rain' is the precipitation that falls from weather fronts. A front is a boundary between two bodies of air that have different properties. Frontal cloud may stretch for hundreds of miles usually consisting of various types of stratus cloud (including stratus, altostratus and nimbostratus).

This makes frontal rain hard to avoid because the rain usually stretches along the entire length of the front.  These fronts can typically last for a day or so and they are commonly associated with unsettled weather.

Showers, by contrast, are produced by convective clouds known as cumulus. Rain-bearing cumulus clouds are commonly taller than they are wide and have a fluffy, cauliflower-like appearance to their tops.

The largest cumulus clouds are called cumulonimbus and they reach high enough into the atmosphere to contain ice, rather than water droplets. Whilst cumulonimbus clouds are large relative to an observer on the ground, they are not on the same scale as the body of cloud associated with a front.

A mature cumulonimbus cloud can be tens of thousands of feet high and many miles in diameter, but unlike frontal cloud, they are relatively narrow. A cumulonimbus cloud will last for tens of minutes to hours, and so showers tend to be sudden and brief whereas frontal rain can last for days.

A difference in process and formation

Fronts produce most of their rain through mass ascent. Mass ascent is where one body of air is lifted, bodily upwards, by another body of air. The lifted body of air cools and the water vapour it contains condenses to form clouds and then rain.

Showers produce their precipitation via convection. A cumulus or cumulonimbus cloud will begin life as a 'bubble' of buoyant air that rises upwards in the atmosphere. The bubble of air will cool as it gains height and this will lead to the formation of the cumulus cloud with its distinctive cauliflower-like top. The cauliflower-like head of the cloud represents where buoyant air is continuing to ascend into the air of the surrounding atmosphere. Once the cumulus cloud reaches a certain depth or attains a cold enough cloud top temperature, it will produce rain. Rain often falls in a downdraught within the cumulus cloud. The downdraught usually acts to suppress the updraught that originally formed the cumulus cloud, which limits the life-span of a cumulus cloud.