How we measure rainfall

Many different types of rain-gauge have been designed and used, most consisting of a circular collector, delineating the area of the sample, and a funnel that channels the collected rain into a measuring mechanism.

The entrance to the gauge through the funnel is narrow to avoid debris clogging the mechanism and undesirable evaporation in hot weather.

However, the gauge rapidly becomes blocked in snow and any readings at the time, and during thawing events when melted snow gradually trickles into the gauge, should be treated with caution. Where an observer is present to make a daily precipitation reading, the water equivalent of freshly fallen snow is reported.

For many years the Met Office has used a tipping-bucket rain-gauge for the automatic measurement of rainfall rate.

The collecting funnel has a sampling area of 750 cm2, the rim is set 450 mm above the surrounding ground level and a mechanism records an event each time a rainfall increment of 0.2 mm has been detected. 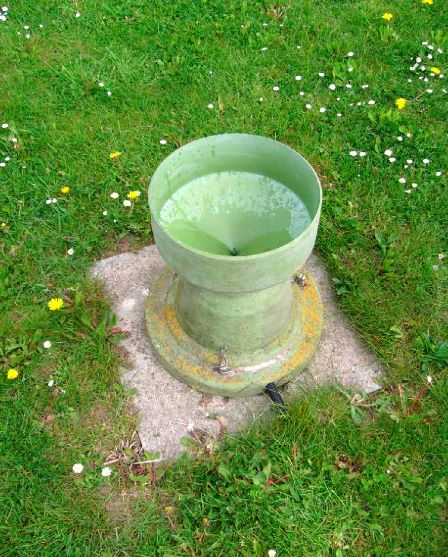 Since the earliest years of weather records, the de facto standard for the measurement of daily rainfall has been the 0900 UTC reading made by an observer from a 5 inch storage rain-gauge. The gauge has a sharp brass or steel rim of diameter 5 inches (127 mm), sited 30 cm above ground level with a funnel that collects rain in a narrow necked bottle placed in a removable can.

To make the rainfall measurement, the observer empties the collected rain into a graduated glass rain measure. Versions of the 5 inch gauge with greater storage capacity are used at sites where readings may be taken infrequently. 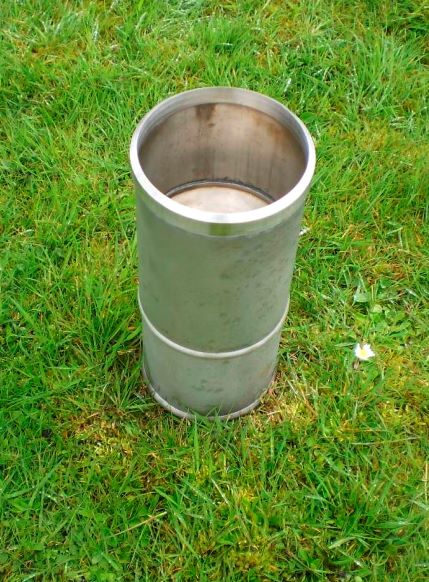 As automated instruments were introduced across the synoptic network in the 1980s and 1990s the 5 inch gauge was still deployed alongside the tipping bucket gauge to continue a long consistent record of measurements for climate purposes.

In recent years this practice has proved impractical and many automatic sites now only report rainfall amount from a tipping bucket gauge. Storage gauges are still used widely at non automated climate stations and rainfall-only stations. Where an observer is not available to provide daily rainfall, readings may be made at weekly or monthly intervals.