Here are 10 things you might not know about snow.

In this article, we count you through 10 facts you might not know about the white stuff, from the speed of snow to the chance of getting a White Christmas.

1. Deepest snow in the UK

The deepest snow ever recorded in an inhabited area of the UK was near Ruthin in North Wales during the severe winter of 1946-47. A series of cold spells brought large drifts of snow across the UK, causing transport problems and fuel shortages. 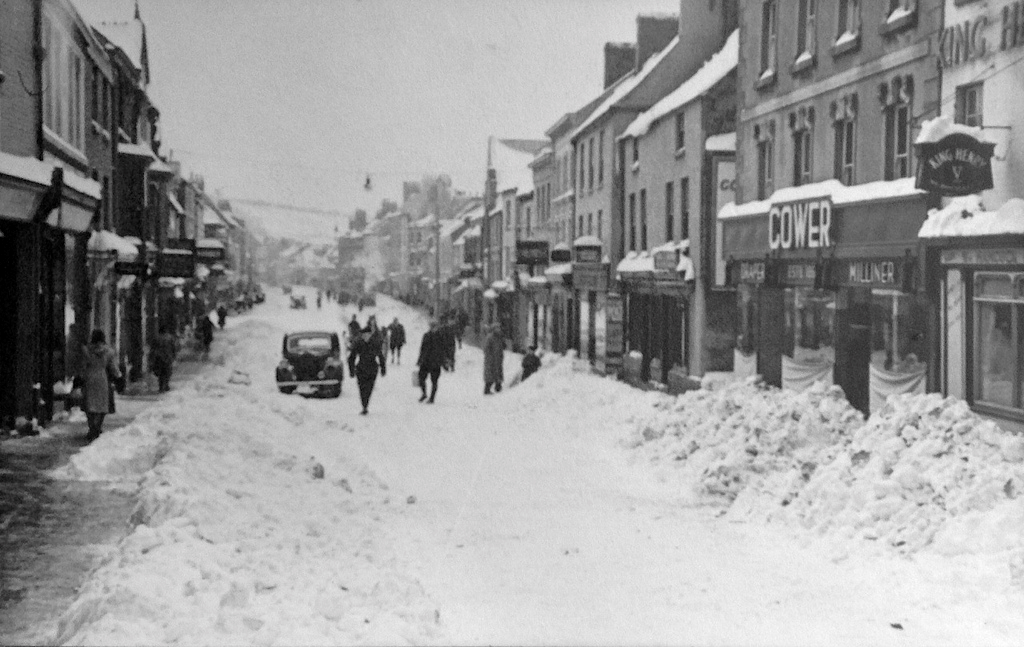 2. It doesn't have to be freezing to snow

Generally, the air temperature does need to be at or below freezing for snow to fall. However, if rain falls continuously through air with a temperature as high as 6 °C, it may cause the air temperature to fall low enough for the rain to turn to snow. This is because rain that persists for some time will gradually cool the air that surrounds it. 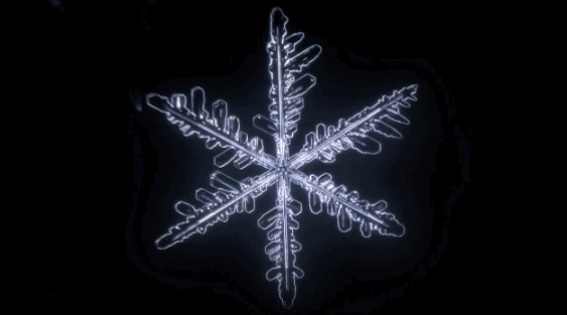 3. The snowiest place in the UK

Scotland sees the most snow in the UK, with snow or sleet falling on 38.1 days on average. The weather station which recorded the most snowfall in the UK was the Cairngorm Chairlift, with snow falling on 76.2 days throughout the year (based on 1981-2010 averages). 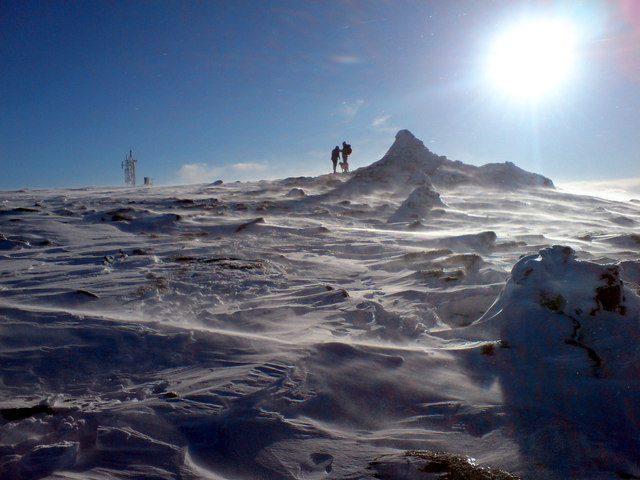 4. Every snowflake is unique

Part of the enduring appeal of snowflakes is their intricate appearance and near-infinite variation, meaning that all snowflakes are unique. The number of possibilities of nuances in temperature and humidity as the snowflake falls to the ground is limitless.

If you look closely at a snowflake you will see countless individual features, all having formed ever so slightly differently in direction or shape, owing to the slightest change in the environment in which it formed. 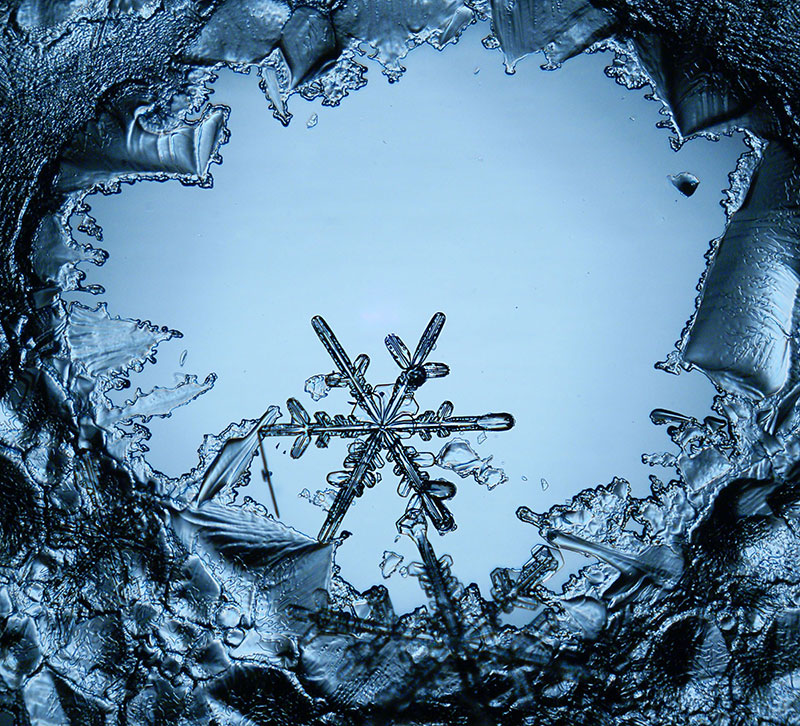 While snowflakes appear white as they fall through the sky or as they accumulate on the ground as snowfall, they are actually totally clear.

The ice though is not transparent like a sheet of glass is but rather is translucent, meaning light only passes through indirectly.

The many sides of the ice crystals cause diffuse reflection of the whole light spectrum which results in snowflakes appearing to be white in colour. 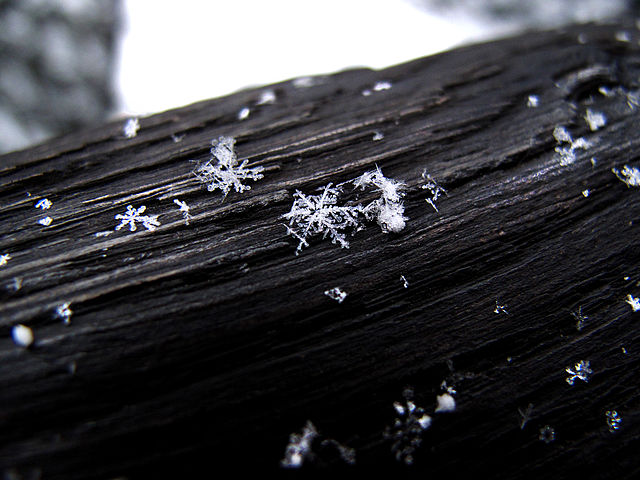 6. The speed of snow

Most snow falls at a speed of between 1 - 4 mph dependent upon the individual snowflake's mass and surface area, as well as the environmental conditions surrounding its descent.

Snowflakes which collect supercooled water as they fall can fall at up to 9 mph, but snowflakes, as most people recognise them, will tend to float down at around 1.5 mph taking about an hour to reach the ground.

The first person to capture a photograph of a snowflake was a farmer from the small town of Jericho in Vermont, US. After years of experimenting with connecting microscopes to a bellows camera, in 1885 Wilson Bentley succeeding in capturing the first ever snowflake photograph.

During his lifetime he photographed more than 5,000 snowflakes and even released a book packed with 2,400 images. 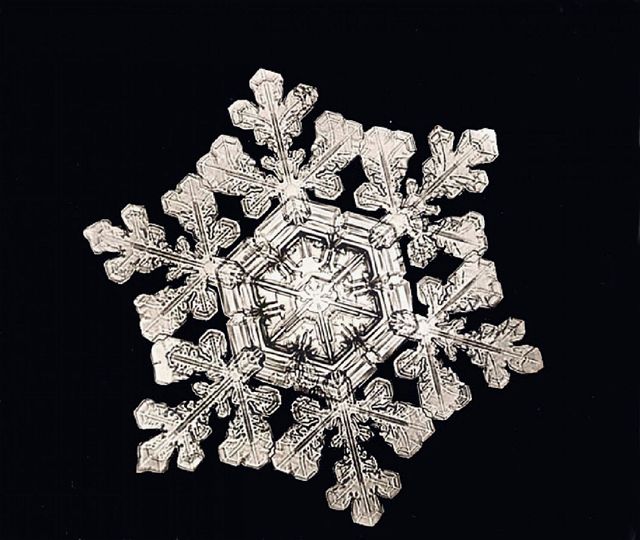 Recent studies suggest that the Inuit do have many more words for snow than in English. The dialect spoken in Nunavik, Canada, for example, has at least 53 separate words including 'pukak' to refer to crystal-like snow that looks like salt; 'matsaaruti' meaning wet snow to ice a sleigh's runners; and 'qanik' to refer to falling snow. 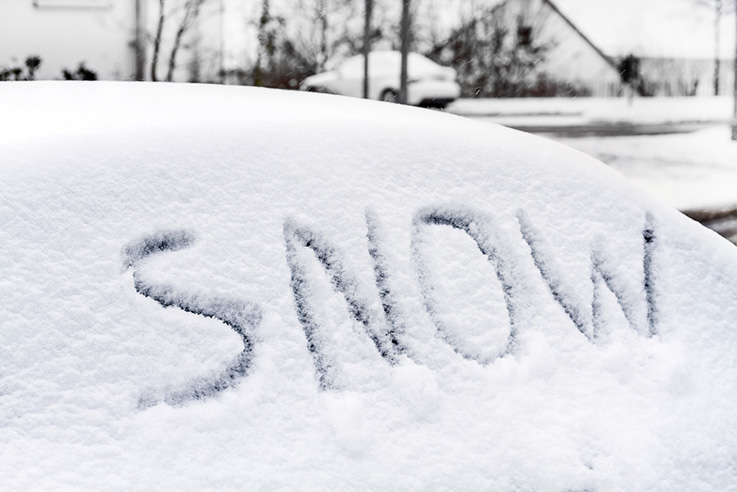 Originating from the Greek chion meaning snow, and phobos for fear, the word Chionophobia is used to describe the condition of being afraid of snow.

It is often thought that the fear stems from childhood events, such as a sledging accident or being hit by a snowball, and symptoms include cold sweats and panic attacks. 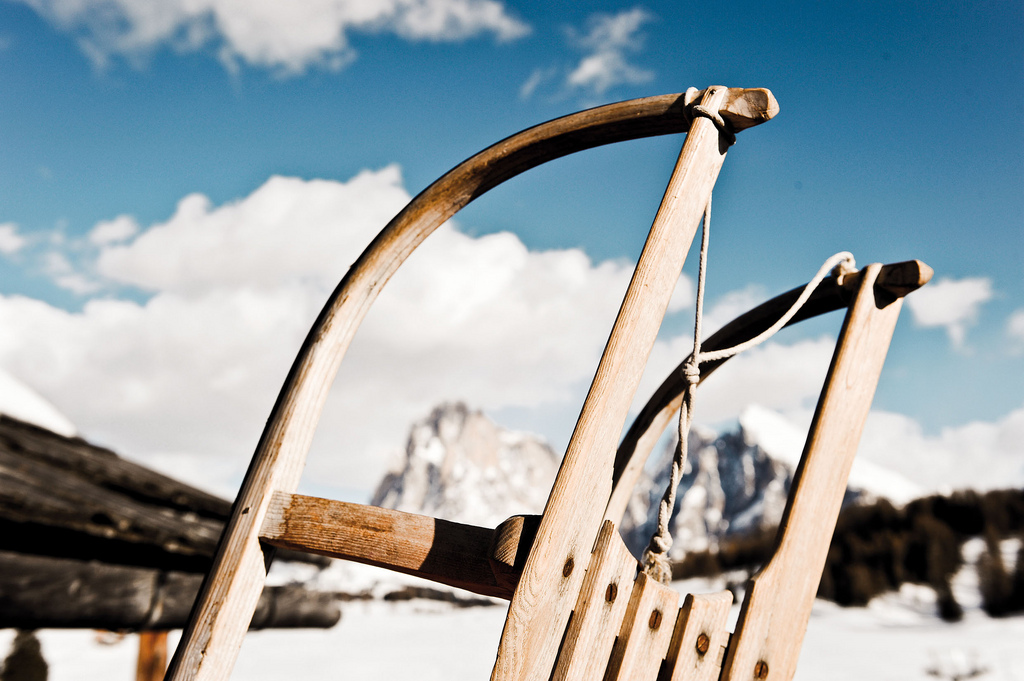 10. Chances of a white Christmas?

Whilst the vision of a Christmas Day surrounded by snow fills Christmas cards, movies and songs, snow is actually much more likely in January and February than in December.

In the UK, snow or sleet falls on an average of 3.9 days in December, compared to 5.3 days in January, 5.6 days in February and 4.2 days in March. There has been a widespread covering of snow (over 40 % of weather stations reporting snow) only four times in the last 51 years.

Those hoping for a white Christmas should be heartened to hear that snow has at least fallen on Christmas Day somewhere in the UK 38 times in the last 52 years.