How we measure atmospheric pressure

Atmospheric pressure is measured by a barometer that employs a silicon capacitive pressure sensor having excellent repeatability and long term stability characteristics.

The accurate measurement of atmospheric pressure is of fundamental importance in meteorology and has particular relevance for the safety of aircraft landing at airports. To ensure any errors are kept to the absolute minimum, the instrument contains three separate pressure sensors and internal instrument software checks for any differences between the three independent measurements. 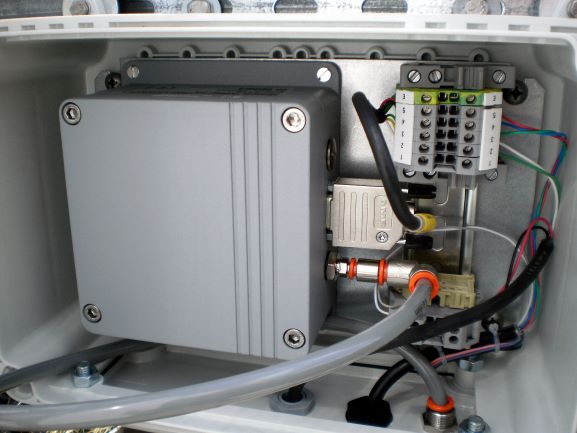 The deployment of a pressure sensor in the field must be undertaken with great care. Any movement of air across the vent that connects the sensor to the ambient environment will cause a drop of pressure caused by a simple dynamical effect described by Bernoulli's principle. Similarly, the pressure in still air within a building will be affected by the flow of air round the building or indeed by an air conditioning system. 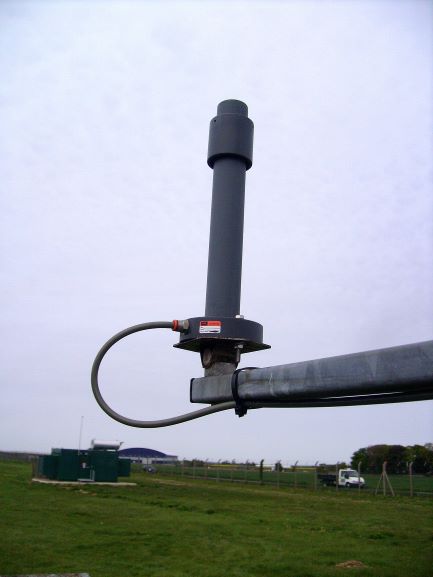 To avoid erroneous measurements, the pressure sensor is exposed via a static pressure head (see image above), a device designed in such a way that the dynamical effects of wind are minimised.

How are pressure observations used?

Atmospheric pressure varies greatly with height, dropping near the surface by about 1 hPa (or 1 millibar) for each 10 m in the vertical. To make sense of pressure readings from a network of barometers across the UK, each exposed at a different height above sea level, all values of station level pressure are converted to an estimate of the pressure at mean sea level, using a formula that takes into account the air temperature. Mean sea level pressure, station level pressure and the pressure tendency during the previous three hours are reported from all synoptic stations every hour. Tendency is defined by one of ten categories: steady, rising, falling, rising then falling, etc.