How we measure sunshine and radiation

Sunshine is measured using either Campbell-Stokes sunshine recorders or modern sunshine sensors. A pyranometer is used for measuring global radiation.

How we measure radiation

Four different components of radiation in the atmosphere are measured routinely at some synoptic land stations:

Global radiation is measured by a pyranometer.  Measurement of the diffuse components requires a tracking device that ensures that the sun is obscured by a ring or a tracking shading device and is only undertaken at a few principal radiation stations. All instruments operate by directing incoming radiation onto the black-painted upper surface of a thermopile. This generates a temperature gradient across the thermopile which in turn produces a voltage proportional to the intensity of the radiation. 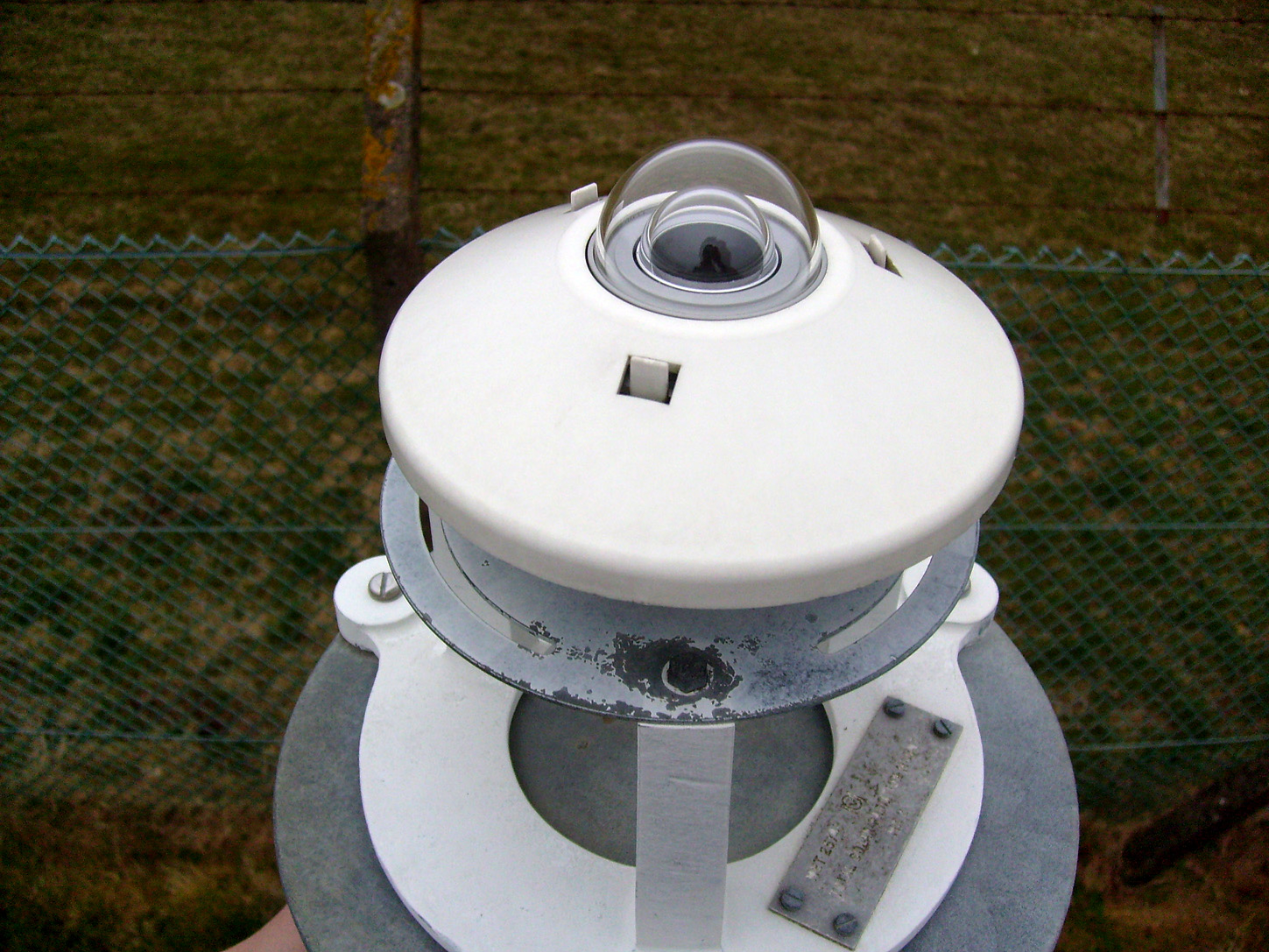 The correct exposure of any radiation or sunshine instrument at the observing site is very important.

Ideally the horizon should be level in all directions, although the poleward arc is less important for sunshine and direct radiation measurements. In practice this is rarely the case and sites need to be assessed and graded according to the distribution of obstacles around the horizon.

All instruments are calibrated by reference to absolute cavity radiometers, standard radiation instruments that are maintained by the Met Office. These standards are precision pyrheliometers incorporating an electrical heater on the sensing element, the input of which can be measured very accurately. Intercomparisons made at Davos Switzerland ensure traceability to the world radiation standard.

How we measure sunlight

For a great many years the only instrument for measuring sunshine duration was the Campbell-Stokes sunshine recorder. The original instrument was invented by Campbell in 1858 but the later card-holding version was a development by Stokes in 1879. 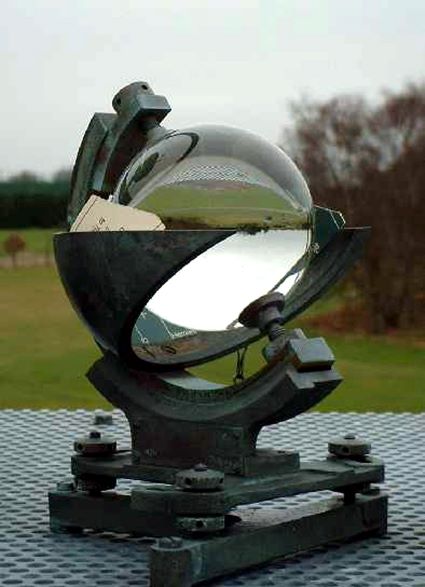 Most of the climate record was collected using this instrument and it continues in use today at many non-automated climate stations. A glass sphere focuses the sun's direct radiation on a graduated card and the length of the burn trace on the card corresponds to the duration of sunshine.

This method of measurement significantly overestimates sunshine duration on days when the sun is frequently shaded by passing clouds. At many automated stations a modern sunshine sensor is used in its place (see image below). It uses an array of differently exposed photodiodes to estimate the intensity of direct radiation. A threshold intensity of 120 Wm-2 defines the occurrence of full sunshine. 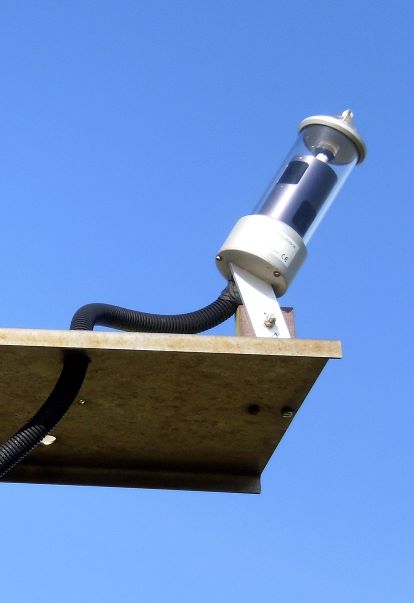