Recording observations for over 100 years

In the UK, the Met Office has a long tradition and expertise in collecting accurate observations to monitor climate and weather.

We manage an extensive network of surface observing stations. Six of these sites, Eskdalemuir, Rothamsted, Balmoral, Armagh, Morpeth (Cockle Park), and Llysdinam, have now been awarded Centennial Station status by the World Meteorological Organization (WMO), recognising their global importance for collecting long records of accurate observations and for providing a unique history of recent climate.

Without the individuals who, over the years, have cared for these sites and submitted observations every day, the irreplaceable record of the UK’s climate would not have survived. Each site is provided with equipment that is calibrated, installed and inspected by the Met Office, but there are still many sites as reliant today on the individuals who take observations and maintain and watch over the sites every day. 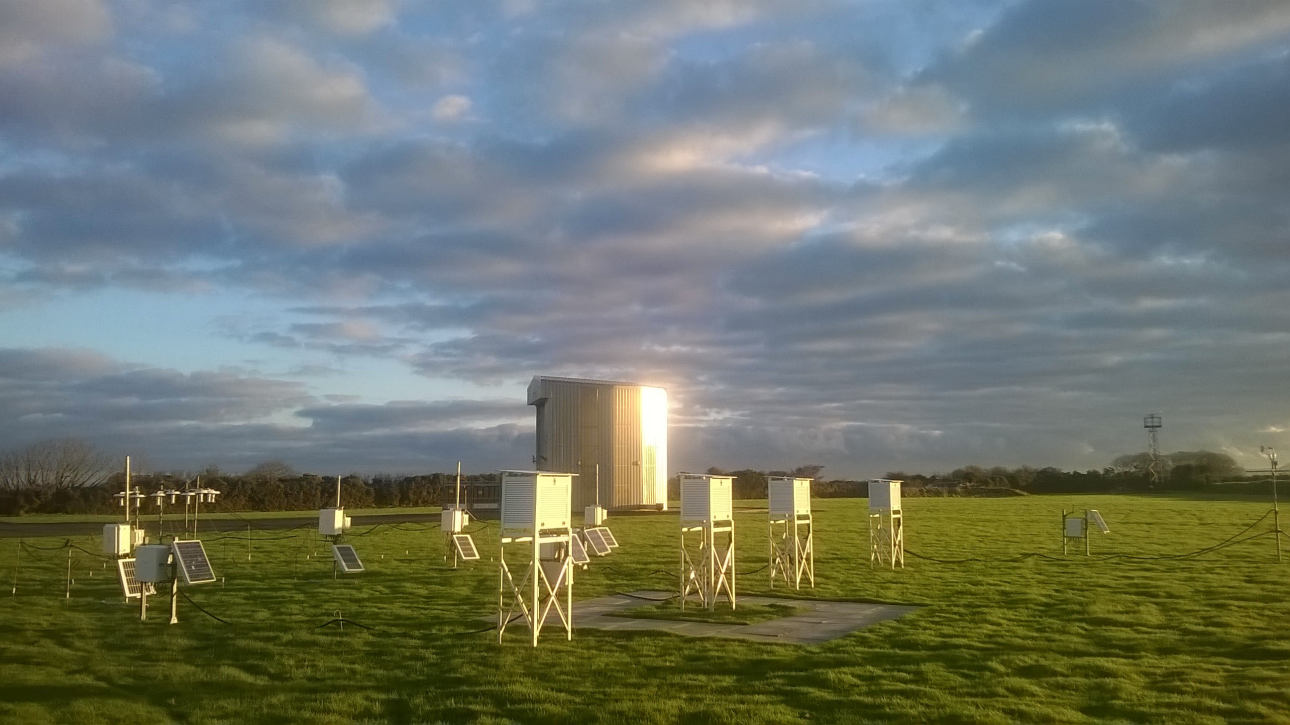 How is observations data stored?

All data reported by these sites is stored in a permanent archive providing robust and reliable observations that are vital to climate science. The data also helps inform climate policy, and the long-term partnerships between these sites and the Met Office has resulted in additional information about the observations for the majority of records. This ‘metadata’ helps ensure that maximum value can be extracted from the record for climatological use. As such, historical understanding of any changes at the sites, and types of instrumentation used, all help to ensure an underlying quality and consistency of the records.

Over the past century, our centennial sites have captured information on all of the major UK weather events that have affected the UK, from the exceptionally harsh winters of 1947 and 1963, the drought of 1976 and the Great Storm of 1987. Data collected reflects the regional realities of those occasions, as well as providing a memory bank of more localised weather.

All these sites are being recognised for their contribution with a plaque celebrating their achievement.  There are many other sites with long and dedicated records within the UK and their contribution is crucial to the way that we observe and record the climate around the UK.  It is hoped that the continuation of this scheme can lead to further sites being awarded this status in future years.

Temperature and pressure were recorded from the start, and rainfall has been continuously recorded here since 1836.  A Stevenson Screen was installed in 1865, providing a recognised environment for temperature measurements from this date onwards. Most of the historic data for Armagh is held at the Public Record Office Northern Ireland (PRONI) with start dates in the 1860s and 1870s for most types of data.  Scans of the measurements recorded in observer’s daily weather log book can be obtained from the Armagh Observatory and Planetarium website going all the way back to 1794.

In 1867, Armagh was established as one of only five first-order stations in the British Isles at that time, taking continuous or hourly readings. The station changed from a first order station to a second order station in 1883, taking daily observations at 0900 and often also at 2100 GMT.

To this day, the site is hosted by Armagh Observatory and Planetarium and manual measurements are still taken at 9am GMT everyday. Support from the Northern Ireland Government allowed an automatic weather station to be installed by Met Office engineers in 2018 to ensure that this record continues into the future. 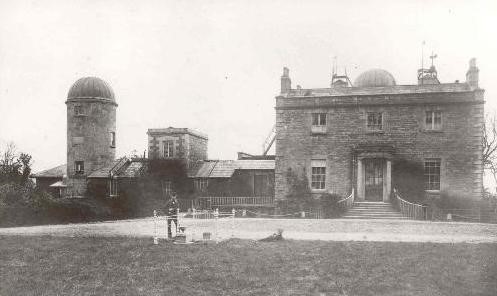 JLE Dreyer, the 4th Director of the Armagh Observatory, standing beside the weather station in front of the Observatory building in 1888.  On the roof can be seen a Robinson Cup Anemometer, as invented by the 3rd Director, Romney Robinson following his recording of the great storm on 1839 in the Armagh weather log.

Established in 1906 on an excellent site in open parkland, the station was moved in 1958 to an area of kitchen garden. In 1967, this became the edge of a golf course with the enclosure site housed to the east of the Head Gardener’s house. All the records for Balmoral are held by the National Records of Scotland.

Historically the observer at the station was always the head gardener, usually assisted by the other gardeners. And there were some very long serving head gardeners indeed!

Often the role of observers became a family affair. One gardener, Alex Stuart, helped the previous head gardener to collect observations before rising to the position of head gardener himself in 1936. Sadly he died during World War II and so his brother took over his position as head gardener and continued to take observations until his retirement in 1974. 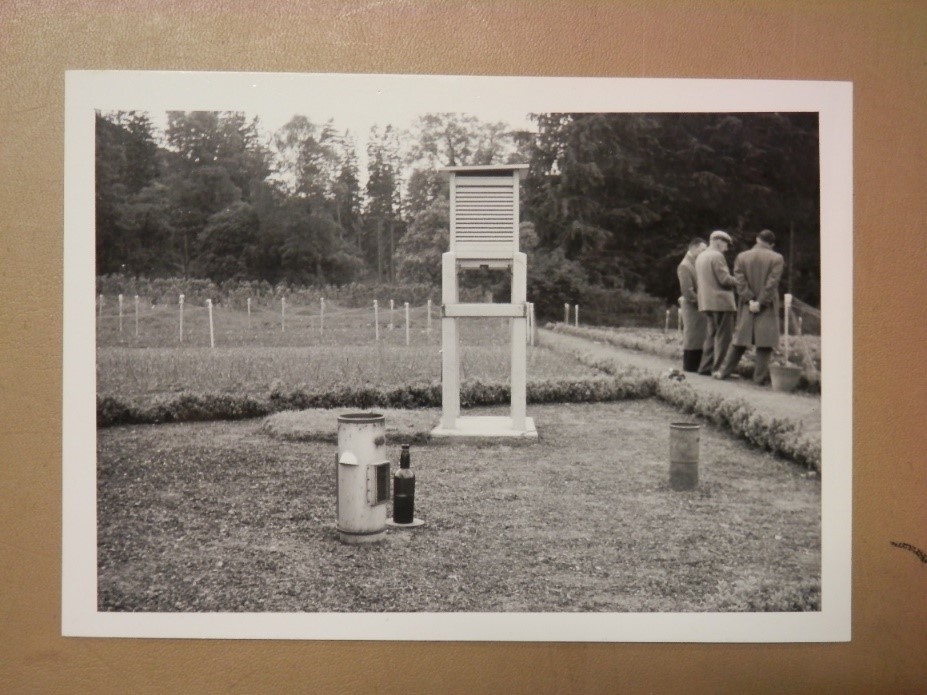 Eskdalemuir Observatory was established in 1908 to record geomagnetic observations. Previously these records had been made at Kew but the new electric tramways had started to affect the instrument readings. Initially the site was run by the National Physical Laboratory but it passed to the Meteorological Office in 1910. At that time it was thought that meteorology and geomagnetism were closely linked and so the site started to focus on a range of meteorological observations, becoming a first-order climatological and synoptic station. In May 1968 overall control passed to the Natural Environment Research Council (NERC) but the Met Office kept staff on site to continue the synoptic and climatological data. The British Geological Survey now operate the site on behalf of NERC. Records for Eskdalemuir are held in Scotland with climate records held at National Records of Scotland.

Early observations were made on Mondays to Saturdays, and gained the name ‘Hogg Obs’ after the observatory mechanic, Mr W J Hogg, who took the observations for a period of 21 years between 1937 and 1958. Observations were historically sent by telephone, this resulted in the observatory having one of the first telephones in the Valley, it was also one of the first to have motorised transport. Early staff were issued with 2 pairs of Wellington boots and one oilskin coat for protection against the elements.

The most well-known member of Eskdalemuir staff was Lewis Fry Richardson who was employed as Superintendent in 1913 to oversee the running of the observatory and to further his research into methods of numerical weather prediction. In his book ‘Weather Prediction by Numerical Process’ he established the science of numerical weather prediction almost 50 years before the invention of a computer capable of actually carrying out his calculations. 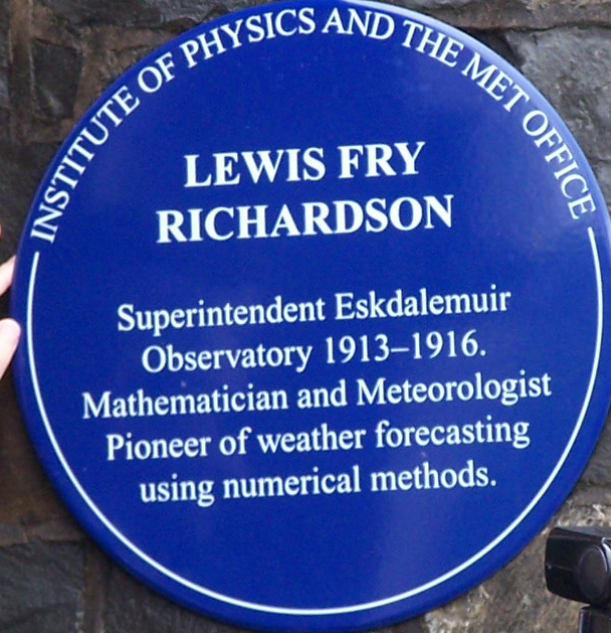 The blue plaque situated at the observatory, which celebrates the pioneering work of Lewis Fry Richardson

Evacuee children and RAF officers were housed in the observatory from 1938 to 1945.  During this time the wives of staff were given meteorological training in case their husbands were called out on Home Guard or air raid protection duties.

All the original weather diaries are still in the library at Eskdalemuir and much of the historical equipment is still in situ. 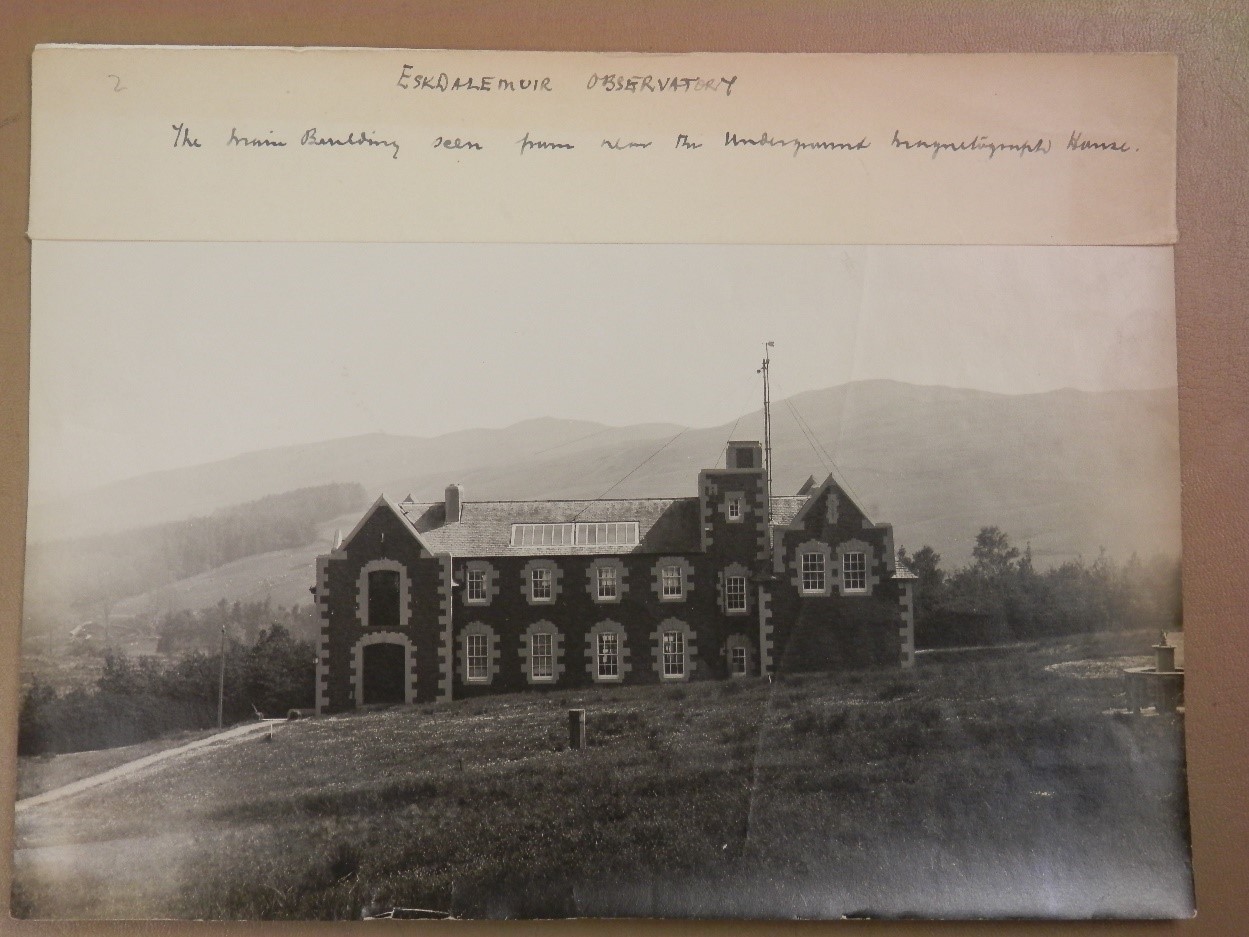 The main building of Eskdalemuir Observatory in the early 20th century. The Campbell Stokes Sunshine recorder can be seen on the far right of the image and there are wind vanes on the roof.

This station owes much of its history and longevity to the dedication of one family and its support for the sciences. Sir Charles Venables Llewelyn started recording maximum/minimum temperature and rainfall data in the 1880s, and the Llewelyn family has continued to support the collection of meteorological data ever since. Data were collected by family members and garden staff until the Llysdinam Field Centre was established in the 1970s, at which point students from Cardiff University took over the record keeping.

The original recording site, established in 1882, was located on the main lawn of a private property in Powys but as the Turkey Oak grew it was feared the data would be affected. The site was then moved to Garden House, the Head Gardener’s accommodation, where it remained until the 1960s. At this point it was moved into the kitchen garden and in 1988 was upgraded to a climatological site, with soil temperatures, wet and dry bulbs and climatic descriptions recorded. Monthly records were then sent to the Met Office. A year later the family was advised not to let the raspberry canes grow too high and affect the exposure of the site! In 2010 the site went automatic with data transported electronically throughout the day.

Llysdinam recorded the coldest November day in the UK in 2010 with -18°C. However, it also recorded -26°C in 1982, equalling the lowest temperature record for England at Newport, Shropshire that day. 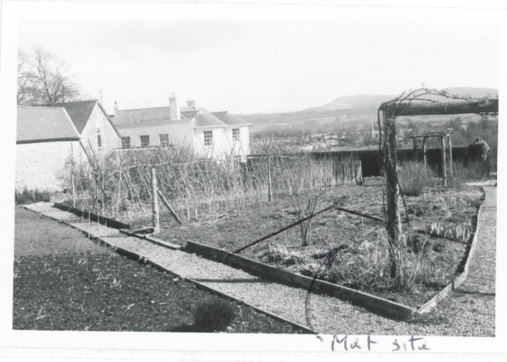 Cockle Park is a 262 hectare working farm owned by Newcastle University. It has been part of Newcastle University since 1896, and the weather station was founded in 1897. The station, which has both a meteorological enclosure and a phenological garden, is conducting the longest running grazing and hay cutting experiment in the world that was started in 1896, and has also researched the effects of climate change on hay yield. 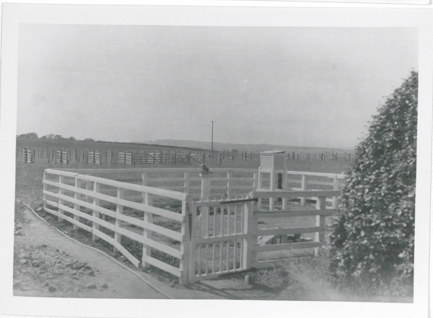 Morpeth Cockle Park  meteorological enclosure looking west in 1955. The Stevenson Screen and sunshine recorder can be seen with the raingauge just visible on the left hand side.

Rothamsted Research (formerly Rothamsted Experimental Station) is a world renowned agricultural science research institute. It was established in 1843 by Sir John Lawes and Sir Henry Gilbert, who are regarded as the founding fathers of the scientific method in agriculture.

The ‘Classical Experiments’ at Rothamsted are the longest continuous agro-ecological experiments in the world.  From 1853, Lawes and Gilbert recorded daily rainfall, temperature, ground water and wind observations, with cloud cover observations added later. Met Office data from the site begins in 1872 with climate and rainfall data, and sunshine tabulations from 1910 , though sunshine recordings at the site started in 1890. This site is part of the Central England Temperature record and was automated in 2003. 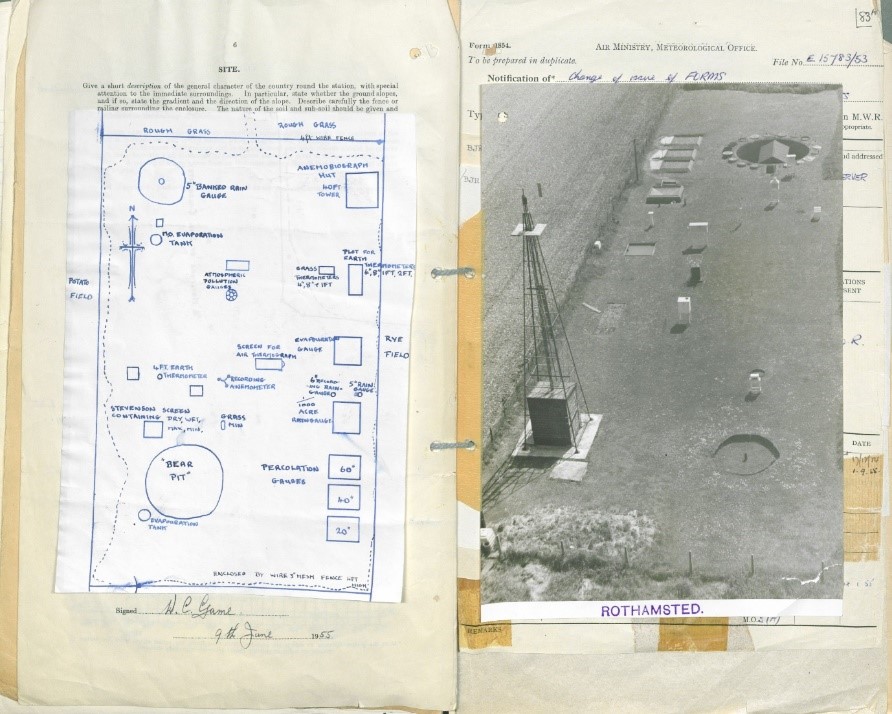 A enclosure plan and associated aerial view of part of the site at Rothamsted in 1955 showing various temperature screens, a recording anemometer, wind vane tower and banked rain gauge.