Monitoring sea ice at the poles

To keep government informed about the state of the sea ice, scientists from the Met Office Hadley Centre produce sea ice briefings each year which are released at roughly monthly intervals throughout the summer. This page provides some context around the key metrics used for monitoring sea ice, gives a summary of the most recent briefing, and provides links to all past briefings.

Sea ice is frozen seawater that floats on the surface of the ocean and is found when temperatures are cold enough for water to freeze. Sea ice is a key component of our climate system because it insulates the ocean in winter and reflects sunlight in summer, as well as providing a habitat for a range of species. However, Arctic sea ice has declined rapidly over the past few decades as global temperatures have risen, and this decline is expected to continue in future.

The amount of sea ice in the Arctic and Antarctic can be measured using sea ice ‘extent' - the total area of ocean for which at least 15% of the surface in the immediate vicinity is ice-covered. Sea ice extent is not constant throughout the year; sea ice grows and melts in response to the changing seasons. 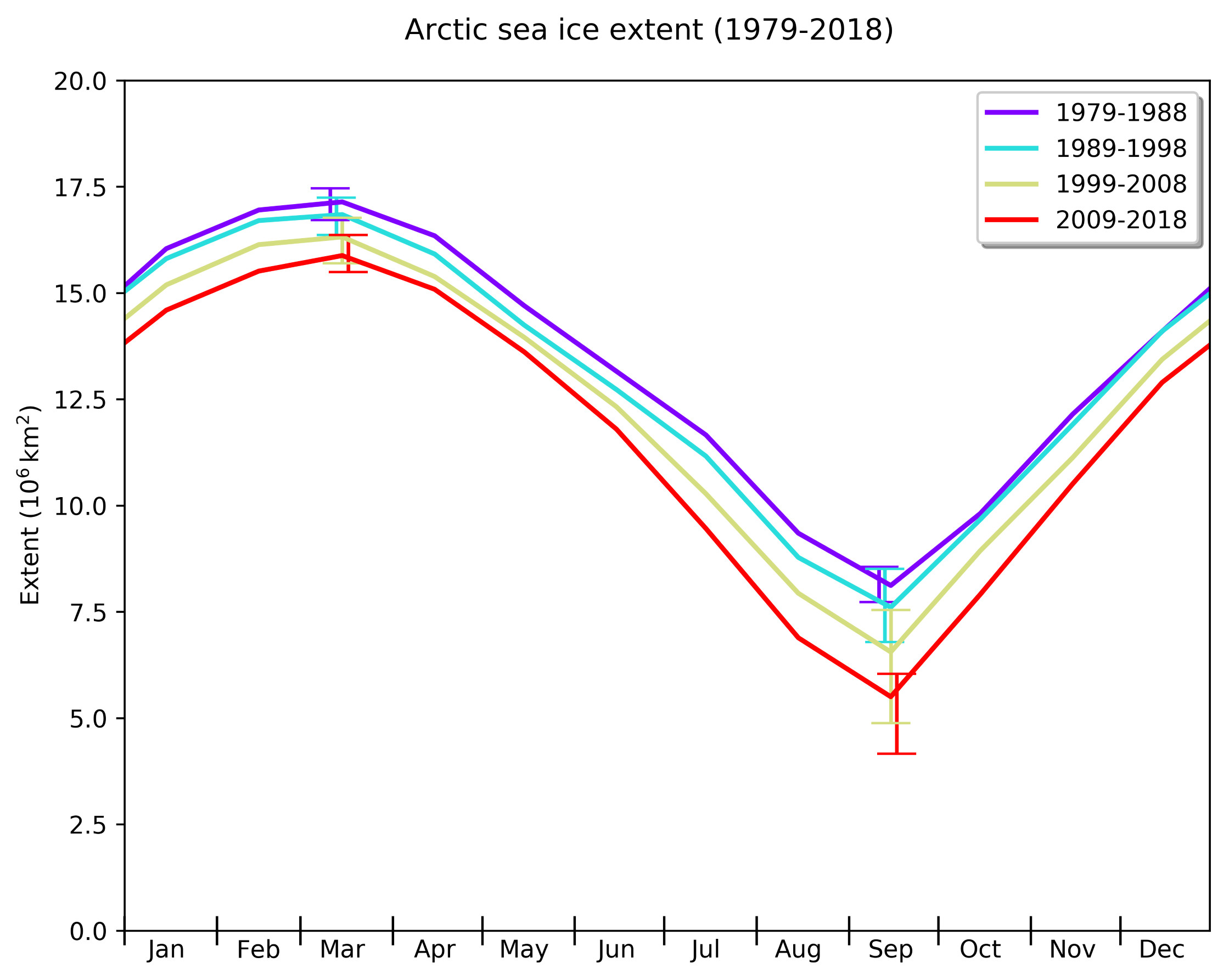 Sea ice is strongly affected by the atmosphere and the ocean, and even small changes in temperature can cause large changes to the yearly cycle of sea ice melt and growth. As global temperatures increase, ‘polar amplification’ is causing the Arctic to heat up much more quickly than the rest of the planet, and both maximum and minimum sea ice extent are decreasing year on year. 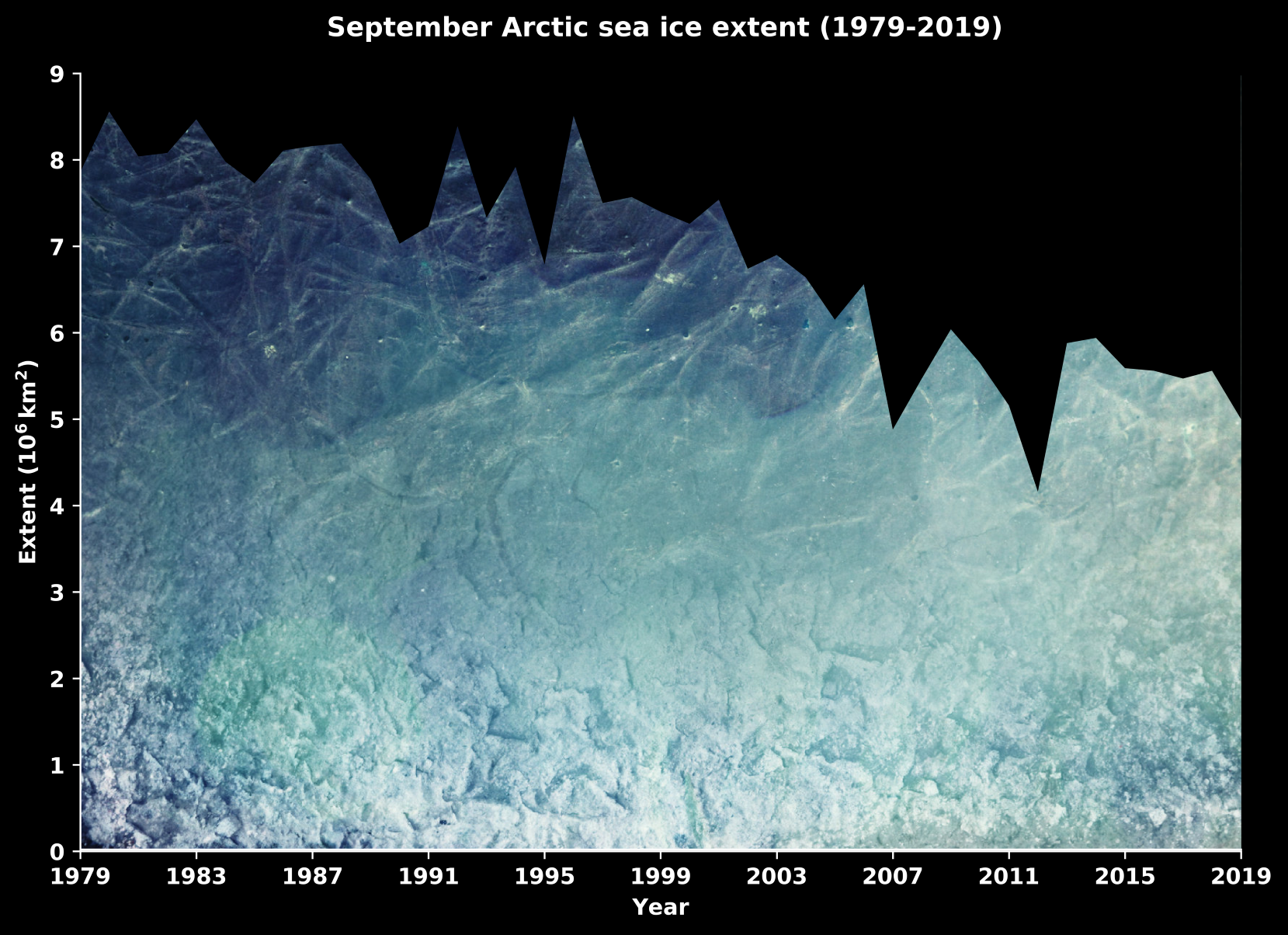